A Green Message for the Next Generation 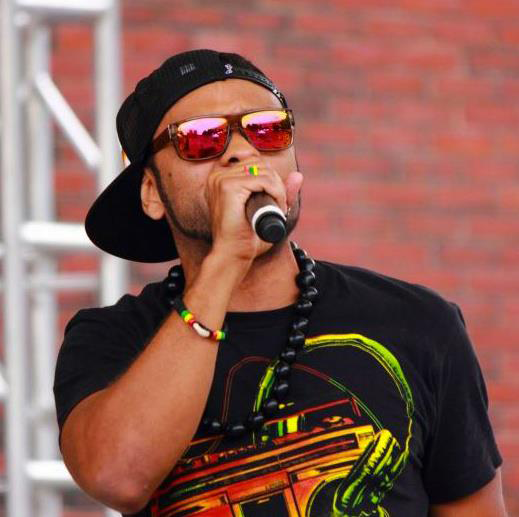 Tem Blessed, an environmentally and socially-conscious hiphop artist, sat down with host Steve Curwood to discuss how contemporary music can communicate the importance of the environment and sustainability to young audiences. He illustrates this with two of his own pieces: “I am the bee” and “Now is the time.”

CURWOOD: That's green hip-hop artist Tem Blessed and his band. Hip-hop might not be the sound that you associate with environmental action, but Tem is using this music to educate young people about sustainability. Recently he stopped in our studio on his way to a concert here in Boston, and I asked him where his name “Tem Blessed” comes from.

BLESSED: Oh, man. Well, I was blessed with a long name. My first name is Temistocles. It's Greek although I'm Cape Verdean. But I always knew I was blessed to have talents. I could draw, I could write, I could sing...and a great family that led me to where I'm at today.

CURWOOD: And how did you get into, well, I don't know what to call it except maybe green hip-hop.

BLESSED: I've always been into socially conscious hip-hop. I came up during the time '92 through '96, what I call the “golden era” of hip-hop, where you had KRS1, Public Enemy, all these greats...and Eric B. and Rakim, who was always teaching us something, teaching us about the world and other cultures. And so when I started doing hip-hop, being about hip-hop and this culture and this music, I wanted to be a part of it. So eventually when I went his conference called "Connecting for Change" I was just blown away. My mind got blown by all this information I was receiving about what was going on in the environment and sustainability. It was just a natural evolution to go from social justice topics to sustainable topics which always has equity involved in that.

CURWOOD: So you have this tune, "I Am the Bee". What's this all about?

CURWOOD: And of course you like honey as well.

CURWOOD: So, hip-hop is not your Brahms and Benny Goodman crowd. It's for a younger set. How do young folks respond to what you’re doing? 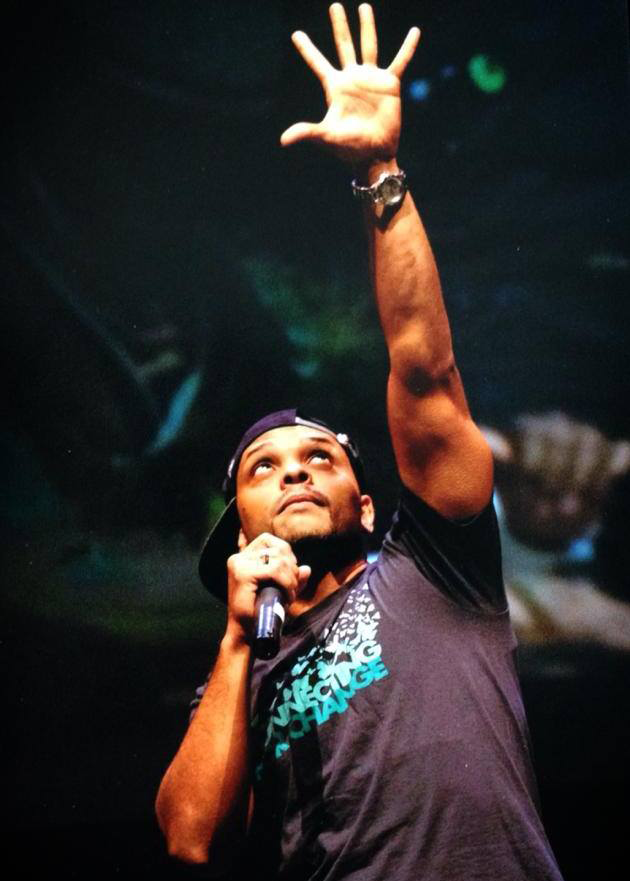 BLESSED: Hip-hop is the voice of the youth, and it's what really touches them, and we look to bring some of these messages through the music, using hip-hop as a tool, to educate, to inspire, to have the youth get out there and create some of their own hip-hop in a way that's constructive, energizing, and really has a focus on the future that's a positive focus.

CURWOOD: So this time of year as the days have gotten real short and the bees have tucked themselves into their hives with all that honey to make it through the winter, we think about the holidays, getting together. Now, what are some of the traditions you had in your family coming up?

BLESSED: So I'm the youngest of six. Mother and father in the home, and it was always, you know, when we used to go out anywhere, my father kind of trained us to get back together when he needed, so there was this whistle when he used to come around [WHISTLES], and if you heard that whistle you had to have to come running. And if you didn't come running you were in trouble. For whatever reason, one time at the mall my sister and I didn't hear the whistle. So we must have been playing Atari 2600, and we're just caught up, and she's maybe looking at Barbies or something so we didn't hear the whistle. And before we know it was like, "Hey, where's our parents?" My sister, and I'm looking at her for courage, but once I've seen her kind of start crying, it was a wrap for me. I'm bawling, I'm crying. Luckily, we were able to find some security guard who did the page, and the page was nothing like the whistle. Before mom arrived, my older brother arrived. "Ooooh, you're in trouble!" When we got home, we really got it. It's a traditional way of getting Cape Verdean discipline, but it kept us in line.

CURWOOD: A whistle, huh? Maybe we could use a whistle?

BLESSED: We definitely need a whistle. I don't know if people are hearing the whistle. We have a climate crisis going on right now, and if we don't do something right now, we will not have a future. So now is the time for us to do something. Listen to the whistle. The scientists are ringing it and blowing it loud and clear. Let's do something, people.

CURWOOD: And you have a piece you call "Now Is the Time." 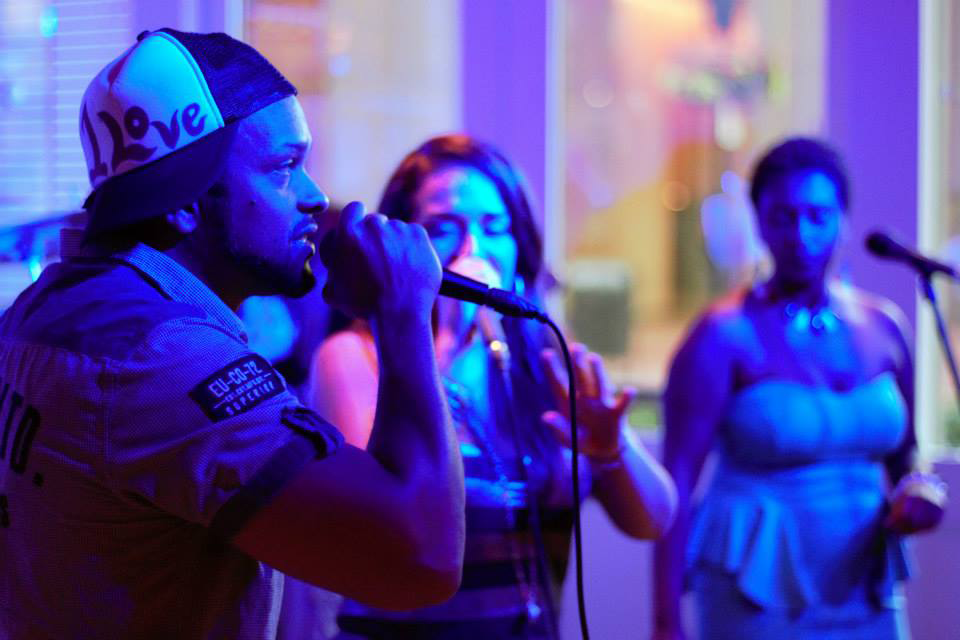 Words ain't words, just the tip of the iceberg.
Category five hurricane not a nice word.
Katrina, FEMA, climate change, Fukushima.
We can build a brighter future.
Now they label me a dreamer.
They may say that I'm a dreamer,
but I know I ain’t the only one.
I'm the golden son
so empowered with the golden tongue.
I'm hoping, Son,
we'll come together and overcome.
This climate crisis is affecting everyone.
One, two. One, two.
What we going to do?
Change the way that we livin’
because we need to.
I'm talking about changing our lifestyle.
Sounds wild.
But I guarantee that it would be worth your while.
Now, if you're wonderin’ where to begin.
Let your boy Tem Blessed
break down the top ten.
One. Two. Three. Four. Five.
Six. Seven. Eight. Nine.

It's Tem Blessed and Blessed Energy.

One: Creation. See your felt innovation. Those old light bulbs replace them.

Two: Unplug your stuff when they're not being used. Cell phones chargers are vampires, dude.

Four: Be aware what you wear. Man, you've got 14 sneakers. Do you need another pair?

Seven: Get off of the water that's bottled. You ought to use reusables with filtered tap water.

Eight: To reiterate. Eat local or garden. Start it. Shop at the farmer's market.

Nine: It's about time to cut some carbon off. At least one day of the week, bike, bus or walk.

Ten: Tell your family and friends. Put out the word and help them comprehend. 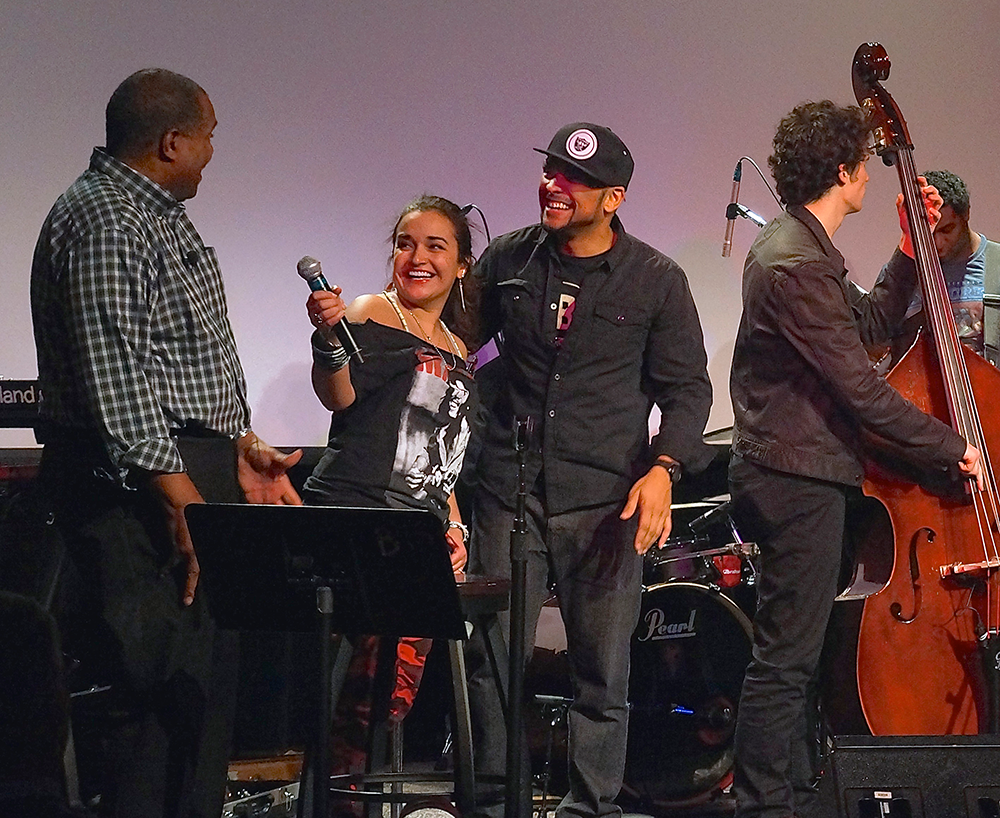 CURWOOD: Tem Blessed is a hip hop artist from New Bedford, Massachusetts. Thanks so much for taking the time.

BLESSED: You're welcome. Thank you for having me on the show.

CURWOOD: And hopefully, people are hearing that whistle.

CURWOOD: Many thanks to the New England Grassroots Environmental Fund and Music2Life.