Cleaning Up A Coal-Fired Power Plant 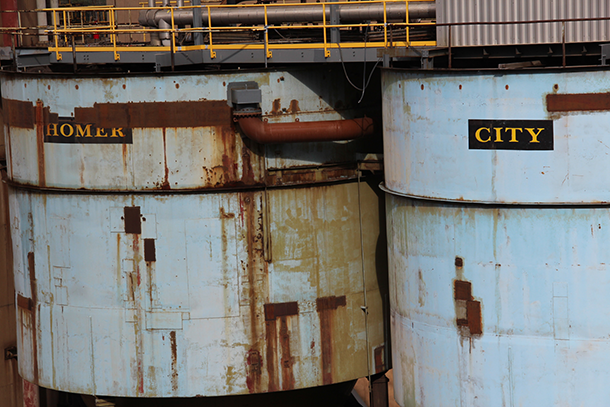 The Homer City Generating Station in Indiana County, Pennsylvania is installing pollution controls that will reduce dangerous emissions of sulfur dioxide and mercury by more than 90 percent. (Photo: Reid Frazier)

CURWOOD: Though it’s nothing like last winter so far, it’s turned cold in the north of the country with high demands on the US power system – and nearly 40 percent of that electricity still comes from coal. But coal produces greenhouse gases that lead to global warming, and other types of dangerous air pollution. So around the country, dozens of coal-fired power plants are racing to comply with new EPA rules to keep the neurotoxin mercury out of the air. The Allegheny Front’s Reid Frazier got an inside look at one of these plants in Pennsylvania.

FRAZIER: An hour east of Pittsburgh, the Homer City Generating Station rises like a Cathedral out of a valley in Indiana County. You can see its smokestacks and hourglass shaped cooling towers from miles around. Standing at the foot of one of those smokestacks, Todd Kollross barks out a few orders for a small group of visitors.

KOLLROSS: We are going on an active power plant and construction site, If I ask you guys to move, please do it. Don't argue with me, just do it. 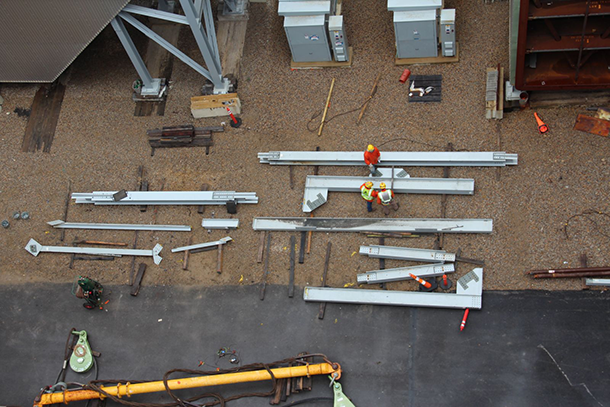 FRAZIER: Got it. Kollross is managing the construction project.to put new pollution controls at Homer City. Total cost: $750 million dollars. Why so expensive? James Shapiro is a vice president at GE Energy Financial Services, which owns the plant.

FRAZIER: Yeah, the size of this project. Todd Kollross points to metal air ducts that will handle the exhaust for the new scrubber system. They’re just like the ductwork that pushes air around your house, but they’re so big your house actually could fit INSIDE these air ducts.

FRAZIER: These ducts will handle airflow out of the plant’s boilers, which burn coal to create electricity. They’re big too - the size of small office buildings.

A Coal Plant Cleans Up in Indiana County from The Allegheny Front on Vimeo.

KOLLROSS: it’s not like…take your furnace and put it on steroids you're trying to heat your house, we're trying to take care of two million homes.

FRAZIER: Two million homes - that’s how many buildings Homer City can power when it’s running at full capacity. Electricity streams out of the plant north to New York State and into the mid-Atlantic grid that powers Pittsburgh, Philadelphia and Chicago.

The new equipment is needed because of clean air rules the Obama administration imposed on the coal industry. These include the Cross-State Air Pollution Rule and the Mercury and Air Toxics Standards.

Though the Supreme Court sent the Mercury rule back to the EPA, it’s still the law of the land. It’s one reason why 200 old coal plants have decided to close. James Shapiro said Homer City faced a crossroads when the rules were first announced.

SHAPIRO: You know, You didn't have much choice. You basically you either put on the pollution controls or you stop running.

FRAZIER: So what does it take to keep 100 thousand tons of pollution out of the air? To find our you’ve got to take a bit of a hike.

OUTSIDE VOICES: You feeling it? You okay?

FRAZIER: We are heading into one of the scrubber units - or technically the novel integrated desulfurization units. Sulfur in the coal is a big cause of pollution. To take the sulfur out, Homer City is putting in thousands of air filters. Kollross takes me to a room where there are hundreds of holes in the floor.

KOLLROSS: These hole is where all the bags are going to slide in…

FRAZIER: Inside each hole will go long tubes covered with fabric bags. They’re basically super-sized shop vac-filters.The way it works is simple high school chemistry. The coal exhaust is acidic - so the plant will spray it with an alkaline powder. The powder will absorb the pollution and particulates in the exhaust...and the filters - or bags - catch the powder.

KOLLROSS: And you’ve got 40,000 between the two units - 40,000 bags. All the particulate that we collect from the flue gas comes into these bags… 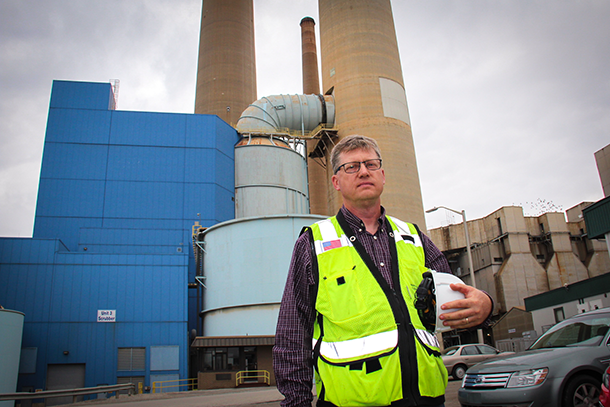 FRAZIER: The pollution goes into the landfill, instead of our lungs. All told, more than 90 percent of the pollution that would have gone into the air will get taken out of the plant’s smokestacks. Kollross exits the building and reflects on the project.

KOLLROSS: The timetable on this thing was really tight and the teamwork was incredible. I had my doubts we were going to make our deadline when we started this project, but it surpassed any expectations and it was quite the joy to work on. Best project I’ve ever worked on.

FRAZIER: The plant is on schedule to meet its final deadline of April. There’s one small problem though -  those new filters don’t take out carbon dioxide, the main culprit in global warming. And the EPA plans to limit carbon dioxide emissions from coal plants. So just in case, Homer City is applying for permission to use cleaner-burning natural gas.

CURWOOD: Reid Frazier reports for the Allegheny Front. By the way, as Professor Tony Ingraffea explained earlier in the show, factor in the leaks that happen throughout the natural gas process, and it may not be such a clean fuel after all.

Sources of our nation's energy by year

Health Effects of Exposures to Mercury