Converting the Economy to Renewable Energy Without Big Batteries 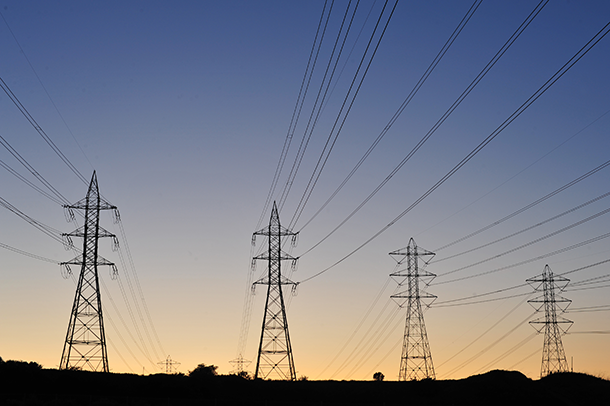 CURWOOD: It’s Living on Earth, I’m Steve Curwood. For folks who worry that the intermittent nature of wind and sun mean renewable energy is not ready for prime time, a team of leading weathermen has a surprising answer. They say within 15 years the US could slash 80 percent of global warming emissions from the power sector, meet increased demand and keep consumer costs low without batteries by building an efficient electric grid. That’s according to a study called NEWS, the National Electricity with Weather System. It uses weather forecasting to model renewable energy supply and demand. Meteorologist Alexander MacDonald recently retired as Director of NOAA’s Earth Systems Research Laboratory in Boulder, Colorado. He led the team and took a break from shoveling his snowy driveway to explain the concept, and what inspired him.

MACDONALD: I heard people talking about, well, renewable energy doesn't work because it's intermittent, and I remember saying, well, it's intermittent if you just have it over really small area, but weather is big. You know, you look at a weather map, you see a giant high in the west of the United States, a low that's in the east, so you can kind of deduce that if you can share the power over a large area then it's not intermittent. So I wanted to find out if that was true.

CURWOOD: So essentially the wind is always blowing some place in America. What did you set out to find out in your study?

MACDONALD: I started on this six years ago and I decided with my team that we would do a cost minimization. In other words we would say, well, we will actually allow wind and solar and other sources like natural gas and even nuclear and coal to be part of the study and we would minimize the total cost of the system with the requirement that it supplied electric energy to 250 places over the United States every hour for a year. So it was kind of a complicated -- what's called an optimization that we used.

CURWOOD: So what did you find? 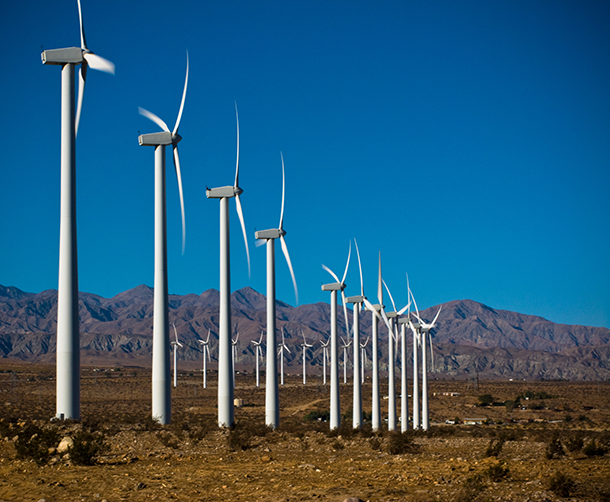 The wind isn’t always blowing at the San Gorgonio Wind Park in southern California, but with an interconnected grid that spans the continental U.S., energy from breezy weather elsewhere could make up for a lull in the wind here. (Photo: Alex Ferguson, Flickr CC BY-NC 2.0)

MACDONALD: Well, what we found is that the larger the geographic area, the more effective wind and solar can complete. And it's for the exact reason that you think. If it's a really small area, if the wind stops in part of the area it stops over most of the area. Just take the state of Kansas, if it's not blowing on one side of Kansas, it's probably not blowing on the other. However, if you take the whole 48 states you can always find places where is pretty windy, so that's essentially what the study showed us.

CURWOOD: The point that you make in your paper this really intriguing is that we can use all this renewable energy without storage and for the same amount of money. How is that possible?

MACDONALD: Well, that's a really interesting question. We really did put in every possible type of electric energy system. So we had storage as one of the things we could use. We had transmission where we can move power over a small area or we could move it over the whole country, and we basically said to this optimization, “you choose what is the best option.” What it chose was at the prices that we expect that it chooses transmitting the power across the country as the least expensive way to use the wind and solar. Now if we have a breakthrough in the future in the cost of electric storage that would just make the system that much better.

CURWOOD: Except I gather there's a bit of rub. It's not so easy these days in America to send energy from say the East Coast to the West Coast.

MACDONALD: No, you’d have to build transmission lines. This type of transmission is called a high voltage direct current transmission and can get huge amounts of electric energy a long ways, but still really within the cost envelope for the studies that we looked at.

CURWOOD: So what you're saying is if we build massive transmission lines, we could still keep the cost at pretty much what it is today and be pretty much all renewable?

MACDONALD: That's exactly what the study showed. It showed that we could have costs of electricity about what it is today, but it would reduce carbon dioxide up to 80 percent, so it's I think a pretty important result from the study.

CURWOOD: So, part of this is that you can get to 80 percent reduction of carbon emissions, but can't get to 100 without becoming very expensive, I gather.

MACDONALD: Our kind of study was saying what can we do quite rapidly, and it's like many economic things if you get to 80 percent, the price is the same as today, but if say we've got to get all the way to 100, we might double or triple the cost and we don't believe that, you know, most people could live with a double or triple cost of electric energy.

CURWOOD: OK, Sandy, I'm sitting down. How much would all of this cost? 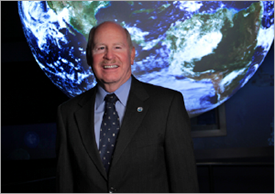 MACDONALD: So in the pricing that we used which was from the Energy Information Agency, the whole sort of super grid for transmission was about $200 billion, and that's against the total cost of upgrading the entire system, including the wind and solar power and so on, of $2.6 trillion. It turns out that we're going to pay, and these are figures by 2030, close to $2 trillion just to replace aging coal plants and other things, so the transmission is a relatively cheap part of moving to a wind, solar and natural gas system which is the one that gives us the 80 percent reduction in CO2.

CURWOOD: Sandy, how realistic is it to build these transmission lines, these direct current transmission lines? There's a lot of opposition when someone tries to put a pipeline or a highway or anything, you know, not in my backyard.

MACDONALD: Yes, and I think people are going to have to weigh like everything else. If we want to preserve the future this shows policymakers an opportunity to do it, and it's not for free. You might have to have overland lines, you might have to pay extra money, say, add a penny per kilowatt hour to your electric bill to have underground lines, but it gives us an option to have low carbon and low-cost energy economy, and we think that's a pretty valuable possibility.

CURWOOD: Alexander McDonald recently retired as director of NOAA's Earth systems laboratory and is lead author of the team that created NEWS, the National Electricity with Weather System. Thanks a lot, Sandy.

MACDONALD: Thank you very much, Steve.