Race and Reclaiming a Refuge 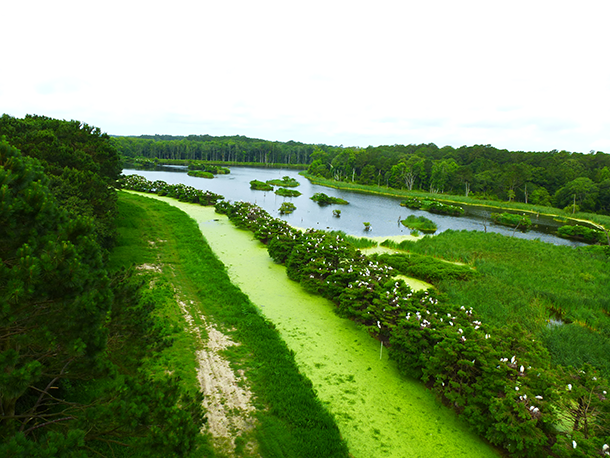 CURWOOD: It took the best part of six weeks for the occupation of the Malheur wildlife refuge in Oregon by armed ranchers to come to an end. But in these times that have demonstrated that law enforcement all too often uses excessive and deadly force against unarmed African Americans, some have asked whether the authorities would have been as patient with black, rather than white occupiers. As it turns out, there’s a precedent where the occupiers were black and unarmed. In an article for the Oregonian, reporter Joseph Rose tells the story of the 1979 occupation by black protesters at the Harris Neck National Wildlife Refuge in Georgia. Joe Rose joins us now. Welcome to Living on Earth.

ROSE: Thank you. It's a pleasure.

CURWOOD: Please give us the back story of how a black community formed there in Harris Neck a number of years back. What caused them to lose the land?

ROSE: Well, after the Civil War, the white plantation owner in this predominantly overwhelmingly white county in Georgia on the coast decided to deed all the land to former slaves, and there's this rich direction going back through this cultural unique group of African Americans called the Gullah. They raised their families there. They set up, for all intents and purposes, what was a city with a vibrant economy based on fishing and on farming. There was some manufacturing there. There was even some cattle ranchers in the area. It was a very vibrant community.

CURWOOD: And what happened then?

ROSE: In World War II, the U.S. Army came in and took over the land. It was essentially a case where you have eminent domain that the army said that they had the right to do during wartime, paid the African-Americans who lived there just pennies per acre, and they were essentially forced out. There was a great controversy, because there was a lot of uninhabited land in this county in Georgia where there were no communities, no structures, that could have easily have been used by the military for air strips, which is what they wanted for training and patrols, but they were owned by white landowners who kind of wink, wink, nodded and said, “why don't you look over at Harris Neck” and that's exactly what US government did. 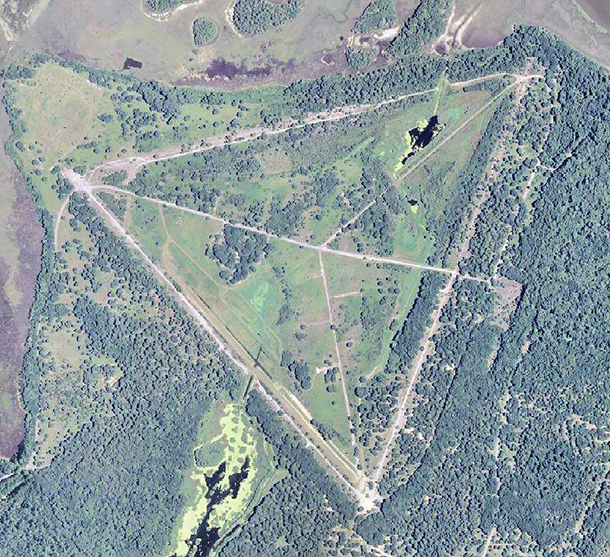 CURWOOD: So World War II is over. What happened to the land? I gather people didn't get it back. Why not?

CURWOOD: So, I guess by 1979, folks were were pretty fed up with this and they decided to occupy it. What did the protesters hope to accomplish?

ROSE: Well, they didn't go in armed with weapons like the Bundys did here in Oregon. What they did was they went in armed, if you will, with building materials. They wanted to once again start building a community. This was not only a symbolic gesture, but it was also a stance where they felt that they had a legitimate right to this, whereas the Bundys, you know, no one thinks that they had a right to any of that land. In this case, in this community, what they wanted to do was obviously make a stance and stay there as long as they could, nonviolent protest. In the end, though, this was during the Carter Administration, the FBI went in within three days and forcefully removed all of the campers and arrested them.

CURWOOD: So who did the FBI arrest and drag out of there?

ROSE: Well, in the end there was an ultimatum given within a couple of days that if you don't leave you will be arrested. Most of the people did leave. They did not want to be arrested. They felt that they had made their point. But there were four people left over in their tents, and within less than 24 hours they were forcibly removed from those tents, and they were physically dragged into paddy wagons, they were arrested and they were sentenced to jail for trespassing.

CURWOOD: How long did they stay in jail?

ROSE: I think some of the sentences were for up to a month.

CURWOOD: And how many were black?

ROSE: All four were.

CURWOOD: So, how did the rhetoric that the media used during this protest, this 1979 protest, differ from what we've seen during the wildlife refuge occupation in Oregon?

ROSE: It seemed to be that the occupiers in Oregon, while they were roundly ridiculed and criticized, the media has taken a stance where they're trying to be as impartial as possible. If you look at the headlines back in 1979 during the Harris Neck occupation, the headlines were almost insulting. They were called “black squatters,” in fact, that they were “ejected”. There was almost like a police blotter tone to it, that these were criminals.

CURWOOD: By the way what is the status of the case that the families used to live at Harris Neck have brought into the courts? They must have tried to sue at some point, I'm sure.

ROSE: It's still active, on appeal. Several times they've tried to sue and the federal government has rejected their claims.

CURWOOD: And what's the basis of the government saying that these people aren't entitled to the land they gave up for the war effort? 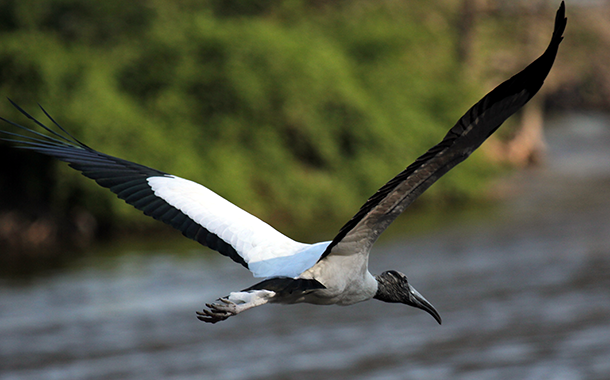 ROSE: The government's stance is that there was never any written or legal documentation that stated that the government would give it back once it entered into a type of foreclosure by the government, for military operations.

CURWOOD: What does race have to do this story?

ROSE: You have a predominantly African American community, a very unique African-American community, that existed in a county that is predominantly white, a history of Ku Klux Klan activity and a feeling that the government ignored taking white land over taking land that was already being used, like I said, for a very vibrant seaside community that was African American. So they felt from the very beginning, there were backroom deals done that singled out a black community for takeover by the US government, and that race played a role from the origins of this.

CURWOOD: What kind of local support does the Harris Neck community have for getting their land back?

ROSE: Unfortunately, very little. Most of the support has come from historians and researchers outside of Georgia, within African American organizations who feel this was a great injustice, and within the community, like I said, this was, this is in a county that’s still predominantly white. The descendants and the survivors of Harris Neck, you know, they're on their own, unfortunately.

CURWOOD: Joe, what brought this story your attention?

ROSE: Well, I've been one of the reporters covering the occupation of the wildlife refuge here in Oregon and trying to put it into historical context. And I did some research looking at any other refuge occupations like this, and ironically there was, as I found out, there was this occupation of a wildlife refuge that involved unarmed black occupiers that was dealt with swiftly by the federal government. Of course the thing to remember is that this was before the Branch Davidians, and the federal government and the FBI especially has changed their tactics on how they approach these type of standoffs since then. So it could be argued, while some people see this as strictly as a different of races and the races involved with the occupiers, it could be argued that it was just as much about how the federal government has changed its tactics when dealing with occupiers on federal land.

CURWOOD: Joe, remind us of what happened in the Branch Davidian situation.

ROSE: Well, the Branch Davidian situation was a group of armed Seventh-day Adventists who had a compound, they were in a standoff because of weapons issues and there was also federal charges against David Koresh, who was the head of the Branch Davidians, and he refused to leave the compound. So after several days the ATF and the FBI raided the compound. It ended in bloodshed with several children and occupiers killed. 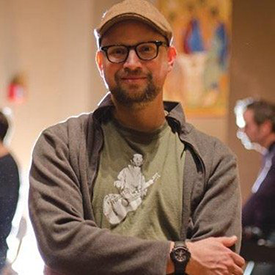 Joseph Rose is a reporter with the Oregonian. (Photo: courtesy of Joseph Rose)

CURWOOD: But that was not on federal land. They just simply were holed up on there on their own land.

ROSE: Was not. No, it involved federal charges.

CURWOOD: What do you hear in terms of the Harris Neck community saying, hey, maybe we should go back and reoccupy this?

ROSE: I haven't heard anything like that. Again, whatever they do probably would not have anything to do with an armed occupation. They've been adamant from the very beginning that if they are to get their land back that it needs to be through peaceful resistance and protest.

CURWOOD: Joseph Rose is a reporter for the Oregonian. Joseph, thanks for taking the time with me today.

ROSE: You bet. My pleasure.

About the Gullah Geechee culture