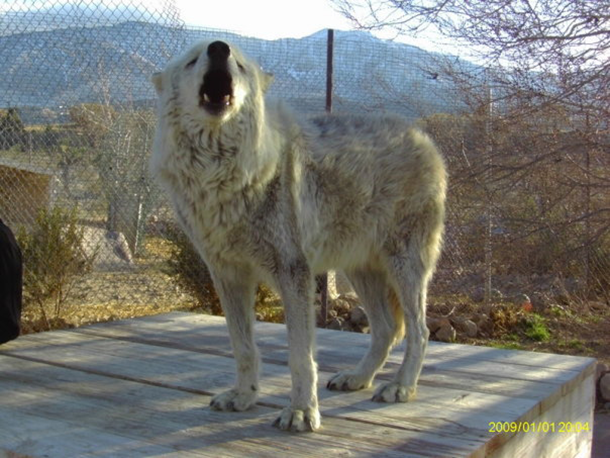 Different canid populations and subspecies use howling as a means of communication. Each group has their own preference for use of vocalizations, and Kershenbaum’s group found that these fit into one of 21 “dialects.” (Photo: Arik Kershenbaum)

Members of the wolf family howl, some like coyotes in shorter varied bursts, others like the European grey wolf in a long tonal call. Now, University of Cambridge researchers have found that different types of howls and their preference for use are identifiable as a dialects. Study author Arik Kershenbaum speaks with host Steve Curwood about the finding and how this could be used for management of wolves.

CURWOOD: Now it’s not only the seasons that seem to affect the howls of wolves and their kin; apparently all the members of the dog family, the canis clan, have what we might call different “accents”. This means, for example, that Russian forest wolves don’t sound like North American timber wolves, and African wild dogs sound very little like Australian dingos. A team at Cambridge University’s Zoology Department has been analyzing the sound spectrum of howls from various members of the dog family, to identify their unique signatures. Arik Kershenbaum is lead author of their study published in Behavioural Processes, and we called him up to find out more about it. Welcome to Living on Earth!

CURWOOD: So you've been looking into wolf talk; what did you set out to find when you began this investigation?

KERSHENBAUM: So we’ve known for a while that you can detect differences in wolf howls by ear, but we did want to get away from this subjective interpretation, because of course we don't know whether the cues that we are picking up on as humans are the same cues that are being detected and interpreted by the animals themselves. So we went out to measure similarity and difference quantitively and objectively without the interference of our human perception. 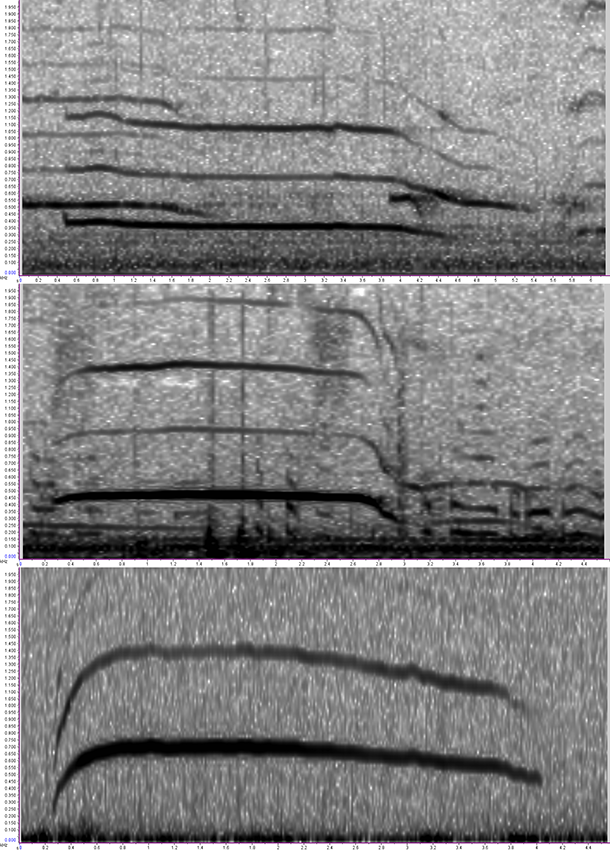 CURWOOD: So what were you looking for in this research and what did you find?

KERSHENBAUM: We were looking to see whether different wolf subspecies in different wolf populations have howling behavior that is distinctly different from each other — so, whether you can tell the difference between a North American wolf and a European wolf merely by listening to their howls. We collected several thousand howls from wolf populations around the world, mostly captive animals from zoos but also some animals in the wild. We collected recordings of different subspecies of gray wolves…

KERSHENBAUM: … and we also scanned YouTube videos of domestic dogs howling as well. So we assembled these all into a database and then put them through mathematical algorithms that extracted the details on the howls themselves, and then formed a comparison between them to measure their similarities and differences. 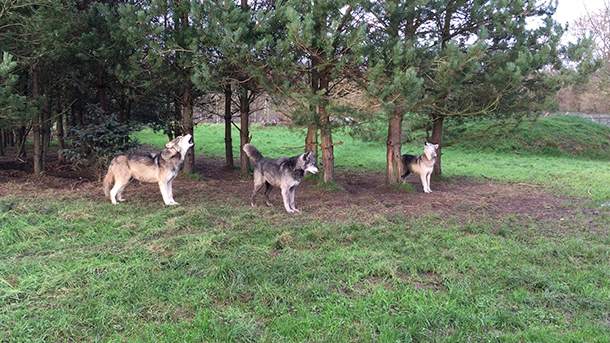 CURWOOD: Now this is really getting interesting, because I'm imagining that you're able to sort out a bit of geography and subspecies this way.

KERSHENBAUM: So what we found was, first of all, that the computer came back and told us that that there were twenty-one distinct types of howls. And this was across the full range of all of the wolf subspecies and other species and coyotes and jackals and dogs as well.

CURWOOD: Arik, play a couple of these wolf howls for me and tell me how you were able to quantify the differences. 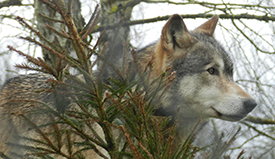 Many of the howl recordings came from captive populations of wolves, domestic dogs and other canids. (Photo: Becky Barrett)

KERSHENBAUM: All right‚ well this is the howl of a Mackenzie Valley wolf, or a northwestern wolf. So this is a species that occupies the Northwest in the United States and Canada and the Rocky Mountains…

KERSHENBAUM: And to compare that this is the howl of a red wolf, which is a much smaller species from the Southeastern United States…

KERSHENBAUM: Well, the first thing that stands out is that the larger wolves have a much flatter, much

KERSHENBAUM: Well, the first thing that stands out is that the larger wolves have a much flatter, much more constant pitch, lower pitch. Whereas the smaller animal, the red wolf, howls in a much more warbling way, going up and down in pitch, rising and falling.

CURWOOD: Well, we can hear a difference -- but how do you quantify the difference?

KERSHENBAUM: So the way that we quantified it was to extract the frequencies of the howls as the howl progresses -- whether the frequency rises, falls, stays constant. And then we could compare every set of howls that we recorded, and that essentially gives a number to how different two frequency modulated turns are. And we then passed that to another algorithm which clusters these howls into groups that are similar to each other and different from every other howl.

CURWOOD: Talk to me about the differences -- what, in your view, makes up a dialect?

CURWOOD: So, without ever seeing these animals, one could identify them.

KERSHENBAUM: Yes, given enough recordings of the animals in a particular area, you would be able to identify which subspecies they are most similar to, just from the way that they use the different howl types.

CURWOOD: What about hybrids? To what extent can you use your technique to identify distinct populations or subspecies or incidents of interbreeding?

KERSHENBAUM: So the entire genus of canis is a bit of a genetic mismatch; most species can interbreed with each other, so it's really more one large species than a collection of separate species. Now, when we look at reintroduction programs for the red wolf, which was driven extinct in the wild in the middle of the last century in the southeastern United States. And they found that one of the major problems with this reintroduction was that the wolves were hybridizing with coyotes that had come in after the red wolf became extinct and essentially taken over their niche. When we looked at the howling behavior of red wolves --

KERSHENBAUM: ... and the howling behavior of coyotes —

KERSHENBAUM: … and also the howling behavior of the eastern timber wolf, which is a smaller subspecies of gray wolf that occupies the northeastern United States —

KERSHENBAUM: We found that the howl type fingerprint of the red wolf was intermediate between that of the northeastern wolf and the coyote. So there is some indication that the red wolf could have a genetic past that places it between those two species. And it could also mean that we could use some of these behavioral indicators to measure the degree of mixing of populations. 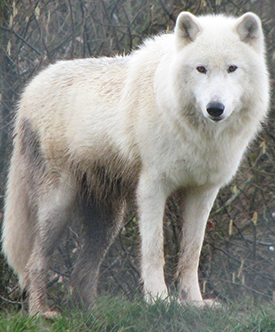 Kershenbaum found that larger wolves tend to use a low tonal howl with little variation in frequency, whereas smaller canids like the coyote use a highly-varied howls. (Photo: courtesy of Arik Kershenbaum)

CURWOOD: So you’ve established that there are these wolf dialects. Where do you go from here?

KERSHENBAUM: Well, if we can use these kinds of techniques to identify different howls in different behavioral contexts, then we may be able to use the howling to develop techniques for reducing conflict between wild predators and humans, by playing back the appropriate howls. But in this case it would be extremely important to make sure that you play back a howl that says, don’t come near here, we’re a strong and aggressive pack, and not a howl that says, come over here, we’ve found some interesting food and we’re going to eat it.

CURWOOD: Arik Kershenbaum is a research fellow at the University of Cambridge’s Department of Zoology and lead author of the study, “Disentangling canid howls across multiple species and subspecies,” recently published in Behavioural Processes. Arik, thank you so much for taking the time with us today.


Wolf species have ‘howling dialects’, release from the University of Cambridge

More on Dr Arik Kershenbaum and his work

Canid howls: a window to cognition and cooperation