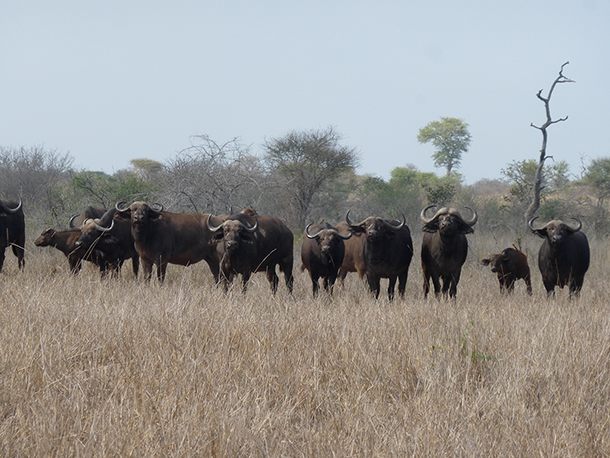 Waterholes are drying up, and cattle are finding brittle yellow stalks where green grass once was. So far, tens of thousands of cattle have died due to the drought. (Photo: Bobby Bascomb)

This year's El Niño that’s causing extreme droughts in parts of the world is causing skyrocketing food prices in southern Africa. But nature has also used drought through the ages to adjust the balances among prey and predators. Bobby Bascomb reports from Johannesburg, South Africa. .

CURWOOD: The deep drought is painful for people across the whole of southern Africa. But as reporter Bobby Bascomb found, the picture is more complex for the continent’s iconic wildlife.

Local farmer Clint Halkett-Siddel stands behind his stall of organic vegetables. He says locals should be able to count on rain this afternoon to cool things off.

HALKETT-SIDDEL: In Johannesburg we’re used to it being four o’clock everyday of the week we get an afternoon thunderstorm. That has changed dramatically over the years.

BASCOMB: This year South Africa is experiencing its worst drought since 1910, when they began keeping records. Halkett-Siddel says the lack of rain is making it difficult for him to farm, and what food he can grow will be more expensive for consumers.

HELKETT-SKIDDEL: We are lucky to have a nice aqueduct under our property and we use borehole water for our irrigation, but it obviously means that we’ve got more labor intensive production happening. Pushes up the cost of the produce that we are able to produce because we have to employ staff to water the grounds every day, instead of relying on the natural rain. 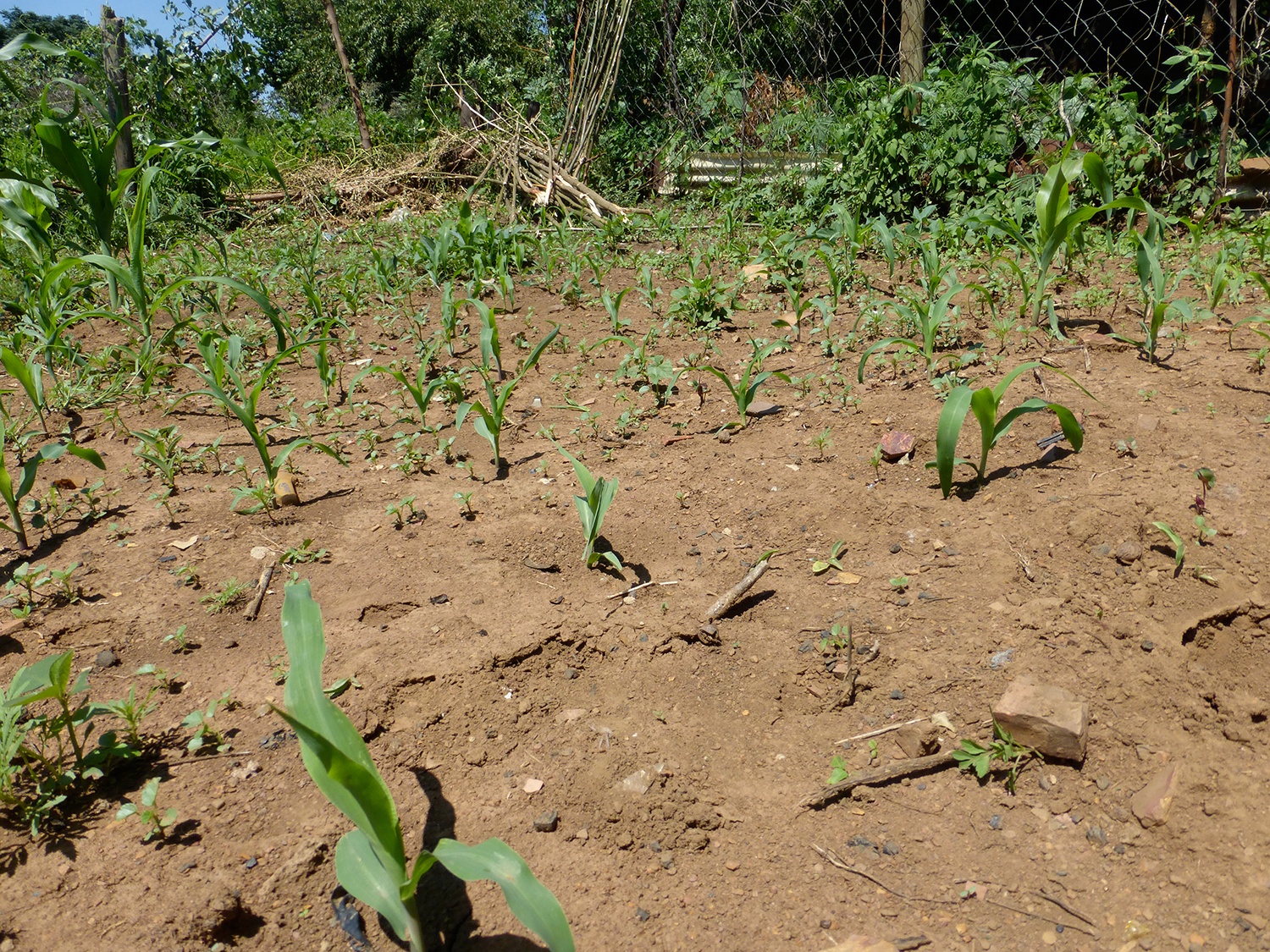 South Africa normally exports corn, but drought conditions mean that they’ll need to import it from as far away as South America. Corn supplies are even worse in Zimbabwe and Mozambique. (Photo: Bobby Bascomb)

BASCOMB: The drought has been particularly severe in the agricultural heartland of the country. Normally South Africa exports corn, but this year they will have to import it, from as far away as South America. And currency devaluation is making imports particularly expensive. Already the staple food here, a cornmeal called pap, has gone up in price by roughly 50 percent.

Other countries in the region are even worse off. In Mozambique the price of corn has nearly doubled and in Zimbabwe, where crops are failing and tens of thousands of cattle have already died, the government has declared a state of disaster. 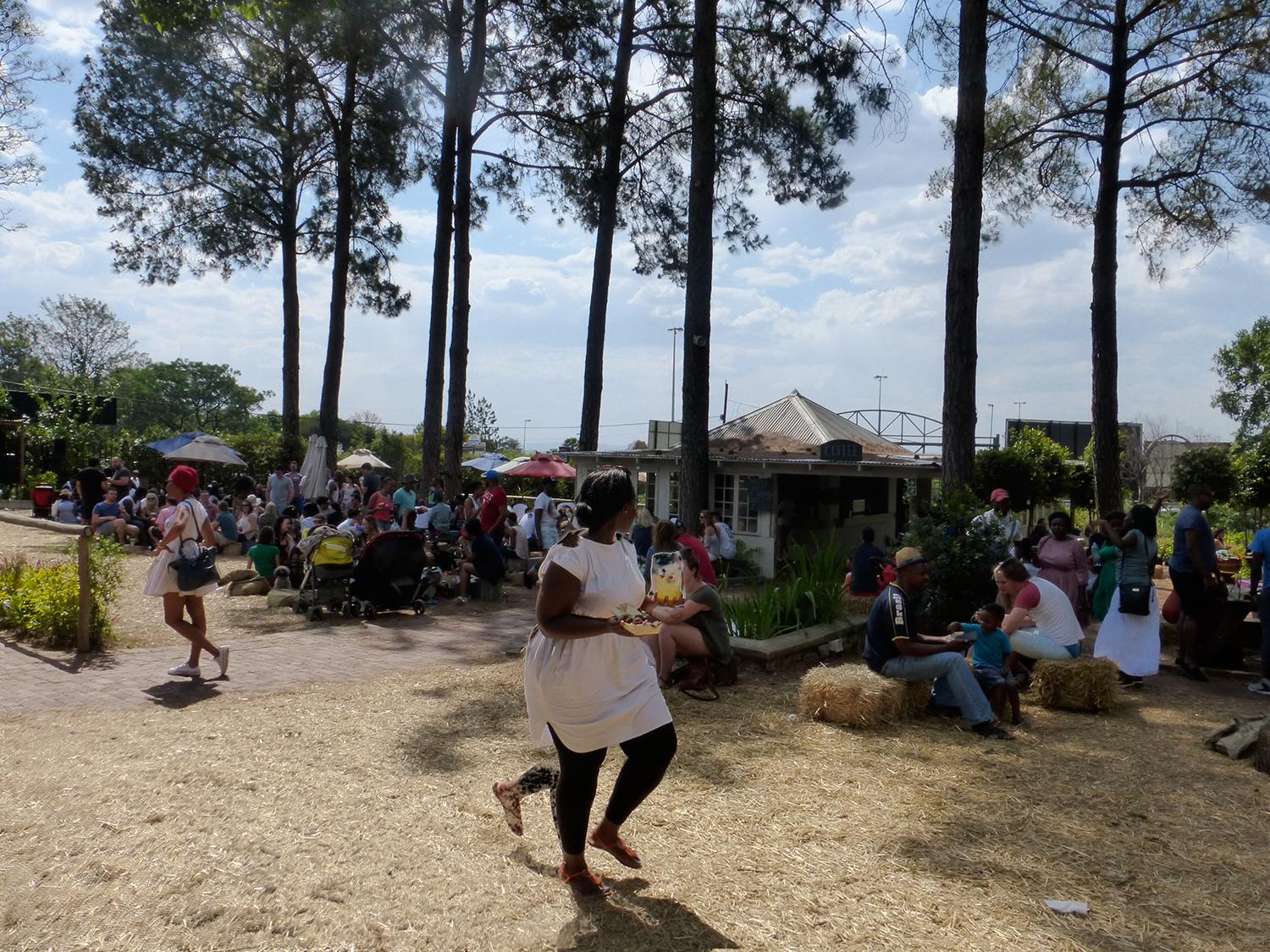 ORR: Vulnerable people are experiencing issues with being able to feed themselves and their families. We hear of families who are reducing the number of meals, cutting meals, often selling their prized livestock to earn some money.

BASCOMB: Orr expects even more people will be struggling with food security in Zimbabwe once the full effects of the drought are felt in April – the month when the year’s crops are normally harvested.

ORR: They’re talking about the harvest in at least one province, three-quarters of the crop, being a write off.

BASCOMB: A drought like this that’s so devastating for farmers and people struggling to feed themselves also affects wildlife. Waterholes are drying up, and instead of succulent green grass animals are finding brittle yellow stalks. But the drought can actually be good for wildlife in the long run. That’s according to Isak Smit, a scientist with the South African National Park Service.

SMIT: We’ve got sympathy with agriculture and local communities. A lot of human beings’ welfare and livelihoods are severely affected by these droughts. However, in these natural systems like national parks, we realize that droughts are actually a natural and important event that’s been happening over millennia. 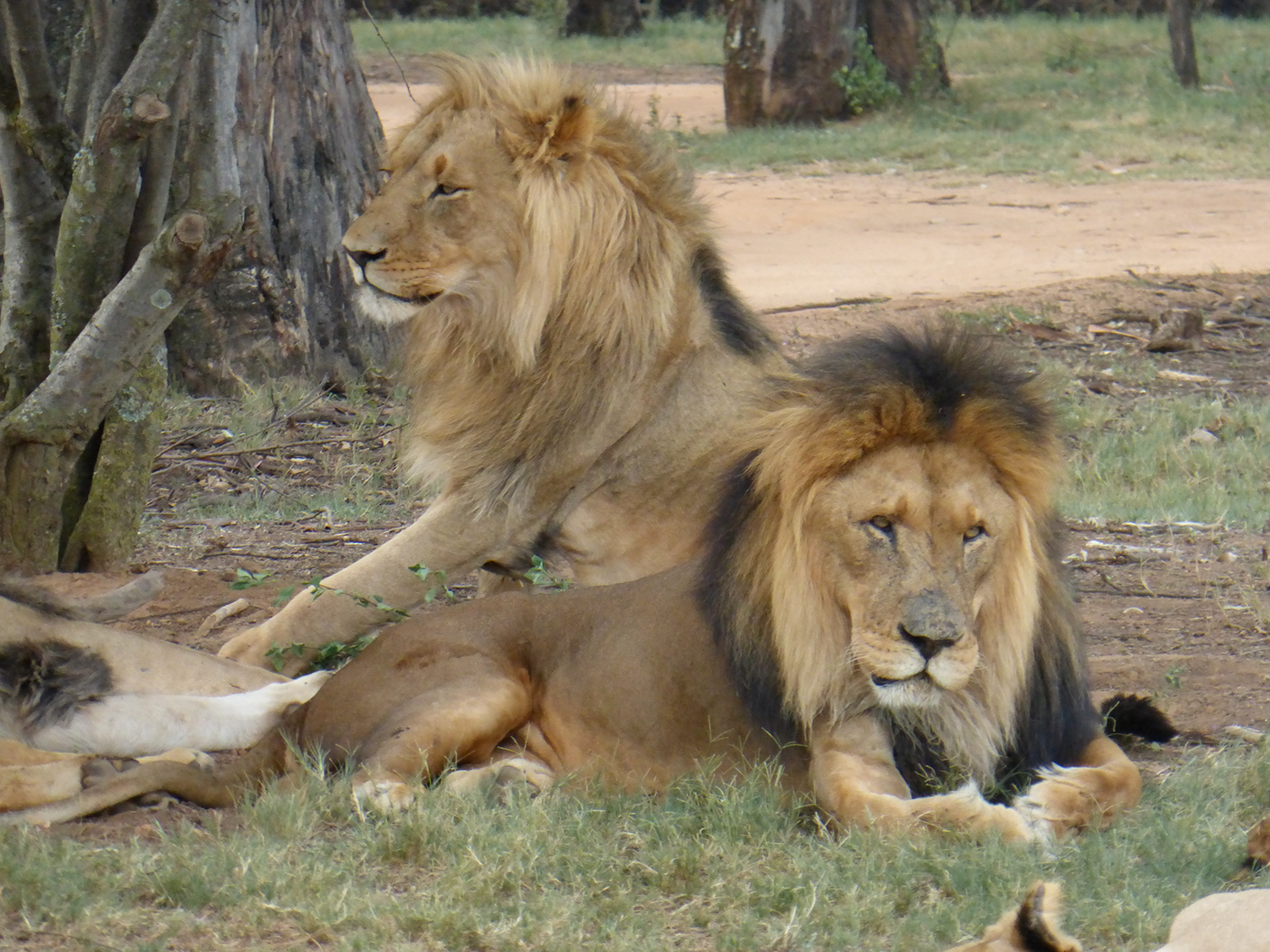 Some predators like lions can benefit from drought conditions, which cause many prey species to die, providing a banquet of sorts for larger animals. (Photo: Bobby Bascomb)

BASCOMB: Smit says a drought is nature’s way of resetting the ecosystem. And for wildlife, there will be winners and losers.

SMIT: So, some species will be disadvantaged — for example, hippo, buffalo, warthog, and water buck. And then there are other species that are actually favored by drought conditions. Think about your predators and scavengers, because there’s so much more food available, and the animal’s conditions are lowered so it’s easier to catch prey. One should also see there are some really fat lions walking around and that the wild dogs are having big litter sizes.

BASCOMB: But of course, the ecosystem can only support a limited number of predators, so those many wild dogs and fat lions will ultimately face more competition to catch a reduced number of prey animals. But Smit says increased mortality is actually good for the species.

SMIT: During drought some of the weaker and the diseased animals are the first to die. So, the animals that are the fittest and have got the best genetic material actually then form the basis of your population after the drought.

BASCOMB: So survival of the fittest individuals now will make the species as a whole more equipped to survive drought again in the future.

Smit says some animals have already died from lack of food and water, and rivers and watering holes that are low now will be even more depleted in July and August when the normal dry season arrives.

So, the worst of this drought is still to come, for wildlife and people alike.


The state of corn shortages in Zimbabwe