Sustainable Coffee Keeps the Planet in the Black 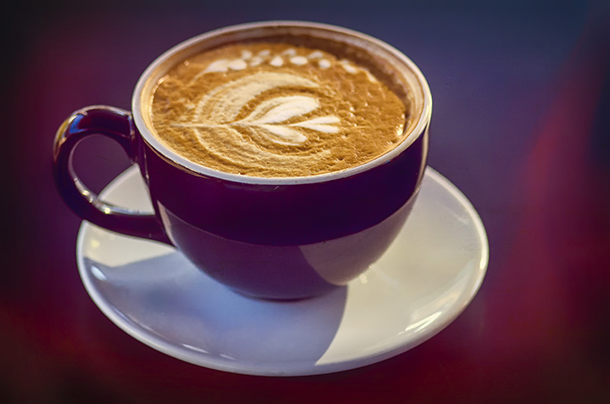 Growing coffee often leads to deforestation, but it doesn’t have to be that way. Host Steve Curwood and Conservation International CEO Peter Seligmann discuss how the Sustainable Coffee Challenge uses marketing strategies and a wish to cut costs to shift production towards a model, which saves forests, strengthens supply chains and fuels local economies.

CURWOOD: A cup of joe might help sustain your energy, but it may not be so sustainable for the Earth. Just 12 percent of coffee is sold under the label "sustainably grown." A new initiative called the Sustainable Coffee Challenge aims to change the way the coffee industry operates to the benefit of the Earth. Peter Seligmann is chairman, CEO, and co-founder of Conservation International, which is leading the charge, and he joins us in the studio now. Peter, welcome back to Living on Earth.

SELIGMANN: Thank you so much. It's good to be here.

CURWOOD: So tell me about the sustainable coffee challenge that CI has just formed. Why did you zero in on coffee as a target for sustainability?

SELIGMANN: Well, we started working on coffee about 15 years ago with Starbucks, and after 15 years we've been able to announce with Starbucks that 99 percent of all their coffee is certifiably sustainably harvested and produced. Which means that as their company has grown they have not cut a single tree, and hundreds of thousands of hectares of forests have been set aside as Starbucks has expanded its coffee business. That inspired us to think, is it possible to make coffee the first agricultural commodity that is completely and 100 percent sustainably produced. 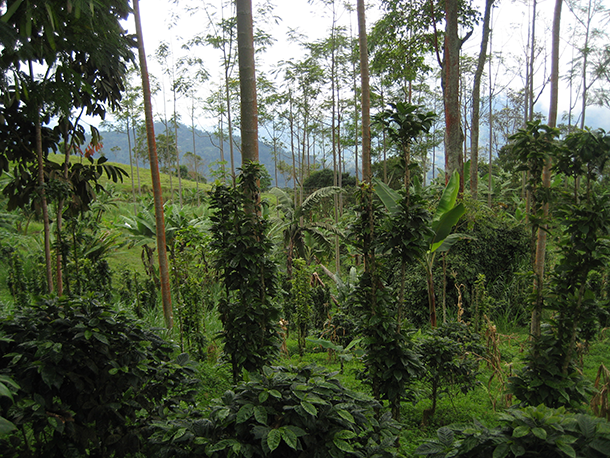 CURWOOD: What's the dark side of coffee growing?

SELIGMANN: The dark side of coffee growing is that coffee that is not produced under the shade of forest, that coffee is actually produced by clear-cutting forests and planting coffee, and when you clear-cut a forest you destroyed the biodiversity, you put emissions, CO2 emissions in the atmosphere, you loose soil and actually, you do industrial grade culture, and industrial agriculture maximizes the pesticides, chemicals and reduces the benefits to society.

CURWOOD: So, what's the obstacle to growing coffee sustainably?

SELIGMANN: It's convincing the producers that this is in their enlightened self-interest. To go from non-sustainable coffee to sustainable coffee requires an investment of money and it requires time. Most of these growers, farmers actually work in co-ops, and the challenge is getting the co-ops to agree that this is the transition they want to make from non-sustainable to sustainable and what's going to motivate them is there being a buyer for the coffee they grow. And so it gets back to the consumer, and the consumer says it's what we want, and then the retailer says, “OK that's what we're going to supply” and then the retailer goes to the producer and says we need coffee that's rainforest friendly, you will end up with a motivated grower, a motivated supplier, a motivated retailer and a consumer that's happy. 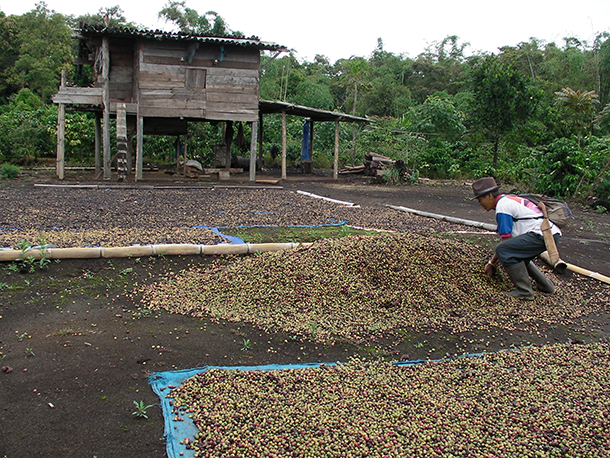 CURWOOD: Now, at Conservation International you work with a number of other businesses, I'm thinking in particular, Walmart. What's the core of your initiative with them?

SELIGMANN: Well, Wal-Mart is a very important strategic partner if you want to change the way the world operates. It is one of the largest corporations in the world and it has about 150,000 companies that supply goods and services to Wal-Mart that then sell to their customers. So we pick Wal-Mart to try to transform the way Wal-Mart behaved because we thought if we could get Wal-Mart to change they would in turn get their 150,000 suppliers to change. And the argument we made with Wal-mart about a decade ago was in Wal-Mart's enlightened self-interest to reduce waste and to secure their supply chain. That, we said, would save them money and provide them with security for their business and security for their customers. And so Wal-Mart jumped on it. The CEO Lee Scott said to me, "I had my first grandchild last year. I want to do the right thing. Help us." And the employees said, "Are you telling us we can come out of the closet about being environmentalists?" And think about the atmosphere at Wal-Mart a decade ago. Everybody was assaulting them and they were feeling under siege and they wanted to say, "We're good people. We are a great company." And so they embrace this. They deserve a lot of credit for it. Now, they have saved hundreds of millions of dollars doing this. And so their motivation was kind of a combo of what's right for our heart and what's right for society and what's right for bottom line. And that synergy is what is important, not just for Wal-Mart, but that's a synergy that make businesses hum. 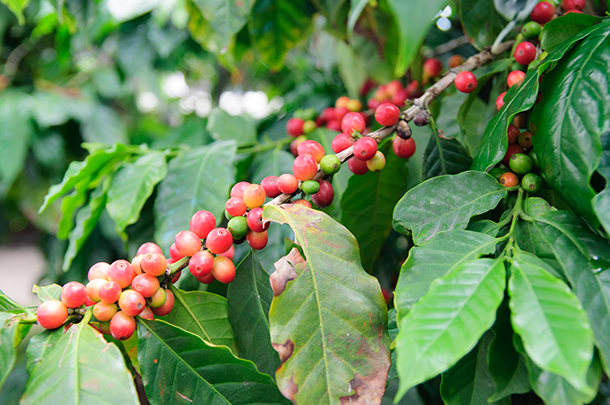 Coffee beans are the pits inside the fruit or “cherry” of the coffee plant. (Photo: Martin Diepeveen, Flickr CC BY-NC-ND 2.0)

SELIGMANN: Exactly right. And if you think about the Paris negotiations, what was most encouraging for me in Paris was the extraordinary enthusiasm of the private sector to be engaged in reducing CO2 and protecting ecological systems because it was good for the businesses. That's what made this a successful climate negotiation.

CURWOOD: So what prompted you, Peter Seligmann, the founder of Conservation International. You've been at this for more than three decades. What prompted you to change your business model from going around the world and identifying really important biological diversity hotspots and arranging for protections for them to reach out and deal with the business world?

SELIGMANN: Well, societies, nations have to have jobs and anything that threatens the livelihoods of people is a hard thing to get societies to embrace. I felt that it was really important for us to explore how can societies take care of nature and thrive economically simultaneously because if you don't take care of nature, you lose your underpinnings that allow us to live - water and air and food - and if you don't have jobs, you have poverty and you have disadvantaged people, you don't have educational systems and your society collapses. So clearly, you can't choose between one or the other. You have to have both. And when I realized that I thought our organization at Conservation International, we could actually decide to pick a path to focus on. What are the contributions that nature makes for the well-being of humanity and how do you get businesses and societies to understand that it is in their enlightened self-interest to actually take care of natural systems.

CURWOOD: How do you protect the forests though and keep the jobs and employment local so that the cash flow works for everybody from the local peasant or indigenista right on up through the economic food chain? 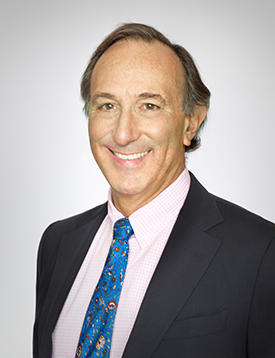 SELIGMANN: Well, if you go into a forest and you log it, and your revenues and your income comes from logging, you get one cut and you're done and then you move on to the next place. That's not creating jobs. That's basically destroying ecological systems, destroying your source of biodiversity, your fresh water. It's emitting CO2. It's a terrible strategy and creates poverty and unhappiness. However, if you take that same forest and you say we're going to grow coffee beneath that forest, then you have a forest that's there forever, you have jobs from coffee production that are there forever, you have better education, you have better livelihood, you have more stable families and you can look at this from the perspective of coffee as a source of livelihood, you can look at tourism and people that visit to see the nature and the wonder of the lemurs or the primates or the wildlife. You can look at it from any number of different types of jobs and commodities that are grown without destroying a forest. In other words, protecting forests is the smartest way to reduce emissions and to create jobs for nations.

CURWOOD: Peter Sullivan is CEO and co-founder of Conservation International. Thanks so much for taking the time today, Peter.

SELIGMANN: Wonderful to be here. Thank you.

Listen to a previous Living on Earth discussion with Peter Seligmann