Sanders and Clinton on Flint Crisis and Fracking 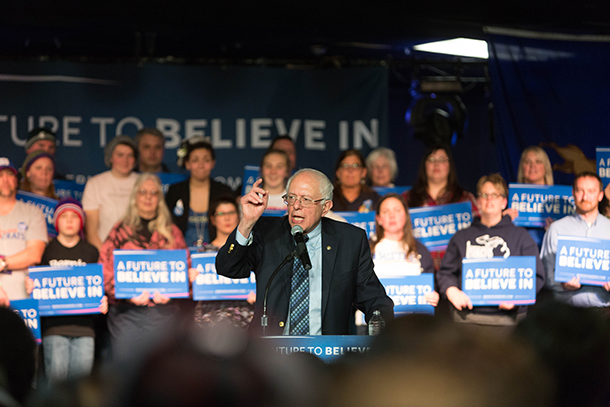 Senator Bernie Sanders spoke at a rally in Traverse City, Michigan a few days before the Democratic debate in Flint, Michigan and his subsequent victory in the Michigan primary. (Photo: Todd L Church, Flickr CC BY 2.0)

The seventh Democratic debate of the election year refocused the spotlight on Flint’s lead crisis, with both candidates calling for Michigan Governor Rick Snyder’s resignation. Secretary Clinton expressed opposition to fracking, with some reservations, while Senator Sanders flatly rejected it and reiterated the urgency of acting on climate change.

CURWOOD: Senator Bernie Sanders scored a surprise victory in the recent Michigan primary, as the Democratic race for president continues. Environmental issues have been mostly absent as concerns on the campaign trail so far, even in the Democratic debates. But water issues took center stage at the opening of the recent democratic debate on CNN in Flint, Michigan. Thousands have been poisoned by lead contamination in Flint’s water, due to cost-cutting measures ultimately laid at the door of Michigan’s Republican Governor Rick Snyder. Senator Sanders.

SANDERS: I believe the governor of this State should understand his dereliction of duty was irresponsible; he should resign.

CURWOOD: Senator Sanders called for more funding to improve the nation’s water infrastructure and ensure that something like this never happens again. Secretary Clinton agreed that the Governor Snyder should resign, and called on the federal government to increase funding. 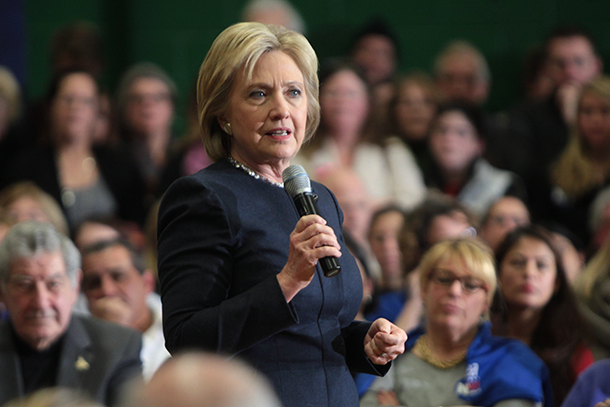 CLINTON: The State should also be sending money immediately to help this city.

I know the state of Michigan has a rainy day fund for emergencies. What is more important than the health and wellbeing of the people, particularly children? It is raining lead in Flint, and the state is derelict in not coming forward with the money that is required.

CURWOOD: The environment also came up later in the debate when a University student asked Hillary Clinton about her stance on fracking for natural gas. 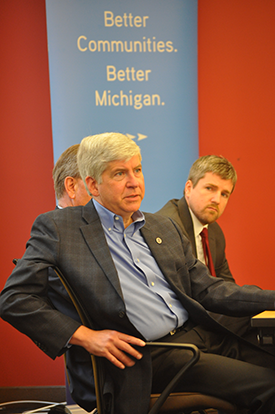 CLINTON: You know, I don’t support it when any locality or any state is against it, number one. I don’t support it when the release of methane or contamination of water is present. I don’t support it — number three — unless we can require that anybody who fracks has to tell us exactly what chemicals they are using. So by the time we get through all of my conditions, I do not think there will be many places in America where fracking will continue to take place. And I think that’s the best approach, because right now, there places where fracking is going on that are not sufficiently regulated. So first, we’ve got to regulate everything that is currently underway, and we have to have a system in place that prevents further fracking unless conditions like the ones that I just mentioned are met.

SANDERS: My answer...my answer is a lot shorter. No, I do not support fracking.

And by the way, by the way, Anderson, I’m glad you raised the issue of climate change, because the media doesn’t talk enough about what the scientists are telling us, and that is, if we don’t get our act together…..

...the planet that we’re gonna leave our children may not be healthy and habitable. I have introduced the most comprehensive climate change legislation in the history of the Senate, which, among other things, calls for a tax on carbon, massive investments... 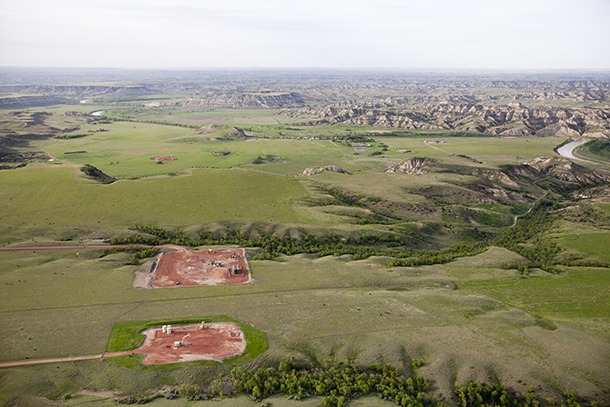 ...in energy efficiency, wind, solar and other sustainable energy.

SANDERS: This is a crisis we have got to deal with now.

CURWOOD: Thanks to CNN for the audio from the Flint debate.


Clinton Doubles Down Against Fracking in Debate, Raising Alarms