In this week’s trip beyond the headlines, Peter Dykstra tells host Steve Curwood about Gov. Chris Christie’s opposition to funding lead poisoning prevention, and a battle against development and support for uranium mining near the Grand Canyon. They also look back at a flap over cyanide-laced Chilean grapes and note the loss of a master of environmental photography, Gary Braasch.

CURWOOD: It's Living on Earth, I'm Steve Curwood. Now we’ll take a trip to Conyers Georgia to explore the world beyond the headlines. Peter Dykstra of Environmental Health News, ehn dot org and DailyClimate dot org has been checking things out there – hi there, Peter!

DYKSTRA: Hi, Steve. The Flint Michigan story just gets bigger, and now it’s become a political juggernaut. As you pointed out earlier, the Democrats staged a debate in Flint, and highlighted Republican Governor Rick Snyder’s mishandling of the crisis.

CURWOOD: Yeah, but how fair is it fair to single out the Republicans and turn this into a political football?

DYKSTRA: It’s not fair at all. Not when President Obama’s EPA ignored the warning signs in Flint, just like the state government did. The Regional EPA Administrator lost her job over this. But if you want to not turn this into a political football, I’d suggest you don’t do what Chris Christie just did.

CURWOOD: Oh, what was that?

DYKSTRA: Well Gov. Christie gets both criticized and praised for his ability to shift with the political winds. With all this attention on a lead-poisoning tragedy, it maybe wasn’t the best timing for him to sink a measure that would have added 10 million dollars to a fund to combat lead poisoning risks in New Jersey. Christie says the state already spends plenty on lead abatement, and adds that the lead issue has been “over-dramatized.” 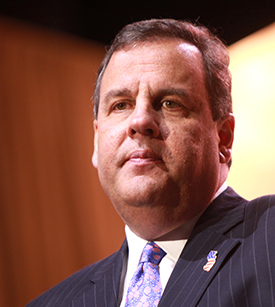 CURWOOD: Yeah but you know, New Jersey could easily spend 10 million dollars on just ten kids over their lifetimes if they get lead poisoned bad enough.

DYKSTRA: A threat that’s ended near the Grand Canyon, but another threat that just won’t go away. The tiny town of Tusayan near the entrance to Grand Canyon National Park, has about 500 people and its businesses pretty much exist to serve Grand Canyon tourists. For years, local and national groups have weighed in on a proposed mega-development there, businesses, hotels, and 2,200 new residences.

CURWOOD: Hmm, doing the math here that’s what --four times as many new homes as the current number of people there? What’s up?

DYKSTRA: The proposal was cut down by the U.S. Forest Service, which manages some of the land surrounding the National Park. There was some strong support for the development in town, but many locals and national groups and nearby tribes opposed it and carried the day.

CURWOOD: Ah, so some good news then?

DYKSTRA: Ah, but wait! Six miles away from Tusayan, there’s a planned uranium mine. In 2012, the Interior Department banned new mining claims near the canyon, but a mining firm hopes to begin digging on a claim approved back in the 1980’s.

CURWOOD: Uhh, uranium mining has a pretty ugly history in that part of the country, particularly on Navajo land. I mean people are still suffering contamination from mine tailings that the uranium industry left behind.

DYKSTRA: Right, there are about a dozen existing, approved claims that could open up in Northern Arizona unless the courts or Federal agencies intervene.

CURWOOD: Hmm, hey what do you have for us on the history vaults this week?

DYKSTRA: I’ve got a bizarre case of panic, rumor control, and the damage done, from this week back in 1989. Amid protests against Chile’s authoritarian government, the FDA receives threats that grapes exported to the US from Chile have been poisoned. There’s extensive testing, no poison found, business as usual, but after a second set of threats, two – just 2 – Chilean red grapes are reportedly found to be laced with cyanide. 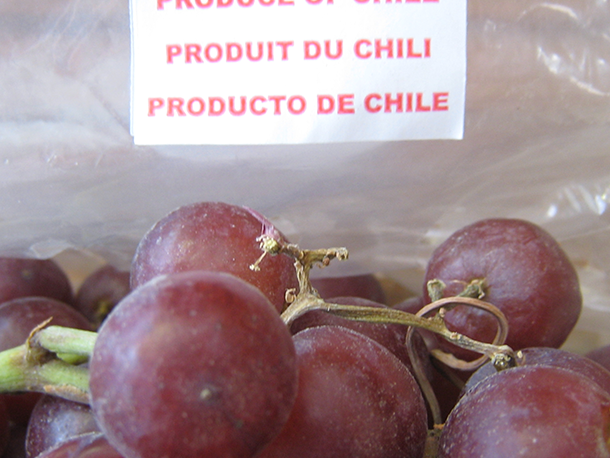 This week in 1989, the Food and Drug Administration received threats that red grapes from Chile had been laced with poison. (Photo: Richard Howe, Flickr CC BY 2.0)

DYKSTRA: Serious mayhem. Grapes were pulled from grocery stores and restaurants, a lot of Americans stopped eating grapes no matter where they came from, and in one magnificent bit of overreach, a mother, horrified to learn about the cyanide after she had packed grapes in the kids school lunches, had the Oregon State Police chase and pull over her kids’ school bus and apprehend the menacing fruit.

CURWOOD: And I remember that Chile – they really took a beating over this.

DYKSTRA: To the tune of about a third of a billion dollars. The FDA banned all Chilean fruit exports for a while, but despite intensive testing, no more poison was found and even the testing of those two grapes was called into question, since cyanide couldn’t have stayed potent on the three-week boat trip from Chile.

DYKSTRA: Who knows. But Steve, I’ve got a final sad note. We lost an amazing journalism colleague this week, photographer Gary Braasch. Gary devoted years to documenting the causes and the consequences of climate change from places like the Wyoming coalfields and the melting Arctic. He died while snorkeling in another great place at risk, the Great Barrier Reef. He’ll be missed, but his work lives on.

CURWOOD: Indeed, he was a pretty amazing artist. Peter Dykstra is with Environmental Health News EHN.org and Dailyclimate.org. Thanks Peter! Talk again soon.

DYKSTRA: Alright Steve thank you, talk to you soon.

CURWOOD: And there’s more on these stories at our website Loe.org.

Do You Dare To Eat A Peach? Or an apple, or a grape?