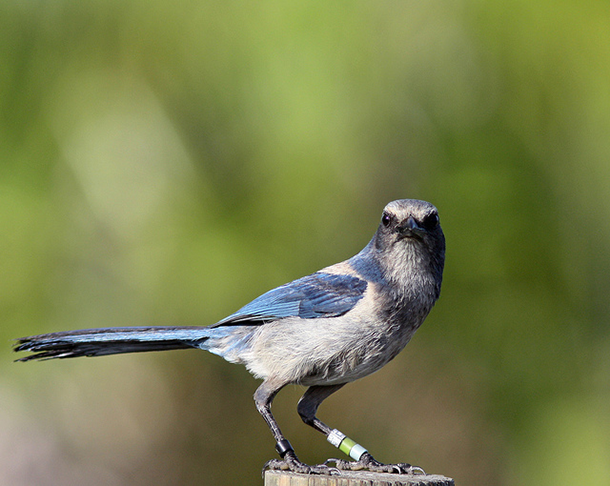 The Florida Scrub-Jay evolved in a time of higher sea levels, when the Florida peninsula was isolated as an island. (Photo: Dan Irizarry)

Thousands of years ago, higher sea levels isolated much of Florida from the mainland, and the Florida Scrub-Jay evolved into a unique species found nowhere else. BirdNote’s Michael Stein reports on the habits of this rare bird and the threat of habitat destruction that it faces.

CURWOOD: Off to Florida now – where the seas are rising and much of the land is vulnerable. And as Michael Stein explains in this BirdNote®, one unique ecosystem is especially under threat.

STEIN: One of the rarest natural habitats in America is found in Florida. Thousands of years ago, rising sea levels isolated much of the Florida peninsula as an island. During that long isolation, a unique oak-scrub ecosystem developed. The Florida Scrub-Jay is one among many special animals and plants that evolved with this habitat now protected by the Archbold Biological Station. 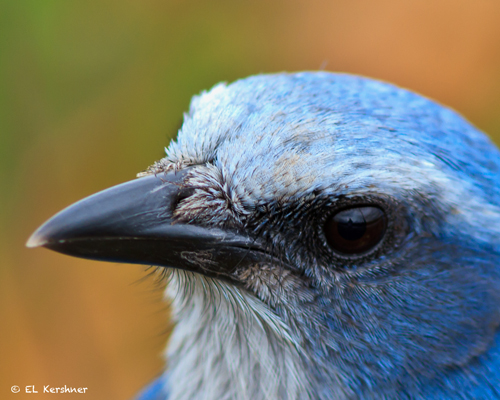 Eastern Towhees [Eastern Towhee (Florida subspecies) song] and Loggerhead Shrikes are common in the dense scrub habitat [juvenile Loggerhead Shrikes calling]. But unlike the towhee and the shrike, Florida Scrub-Jays are found nowhere else.
Because they’re fascinating birds and quite tame around humans, the jays have been studied for many years. They live in family groups, the young of the previous year helping to raise the current young. This altruistic behavior seemed surprising until studies with banded birds showed that one of the young would immediately take the place of an adult that died.

Because they depend on acorns during winter, Florida Scrub-Jays can survive only
in oak scrub. Populations have declined by 90% because the birds have lost much of their special habitat to citrus groves, pastures, and development. Now people are working hard to protect what remains.

CURWOOD: For pictures, head on over to our website, LOE.org.
###

A good discussion of Florida Scrub-Jay conservation is at the University of Florida IFAS Extension website (http://edis.ifas.ufl.edu/uw306).


The Florida Scrub-Jay on BirdNote

The Florida Scrub-Jay: A Species in Peril”

About the Florida Scrub-Jay, from the Cornell Lab of Ornithology