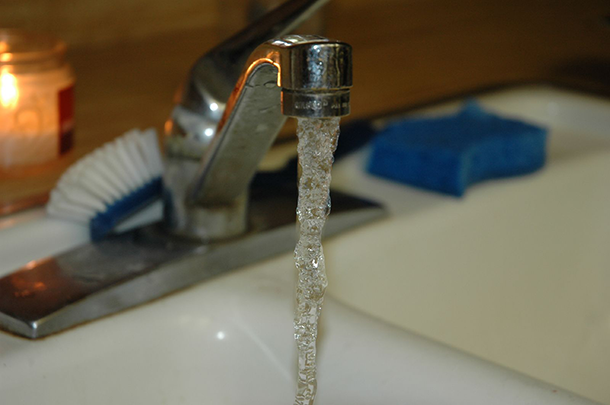 Is the water coming out of your tap safe to drink? USA TODAY found that 2,000 water systems across the U.S. had excessive levels of lead in tests conducted over the past four years. (Photo: Joe Cheng, Flickr CC BY 2.0)

A recent investigation into water-lead levels across the country by USA Today found that 2,000 water systems beyond the troubled one in Flint Michigan pose a risk. USA Today journalist Alison Young sat down with host Steve Curwood to discuss the dangerous legacy of America’s lead pipelines and the health risks involved in ingesting even small amounts of the neuro-toxin.

CURWOOD: From the Jennifer and Ted Stanley studios at the University of Massachusetts Boston and PRI, this is Living on Earth. I’m Steve Curwood. As many as 2,000 drinking water systems in America are contaminated with lead, an investigation by USA Today has found. Also as many as seven million American households are at risk of lead poisoning because of their pipes. USA Today launched its investigation after the Flint, Michigan, water disaster burst into the national spotlight recently, 18 months after a cost-cutting measure resulted in unsafe levels of lead in the pipes. One of the journalists on the USA Today team, Alison Young, explained why they took on this huge investigation.

YOUNG: Obviously, everyone at this point has heard about the serious contamination issues in Flint, Michigan, but we wanted know how many other places might be having, maybe not at this level but maybe having issues with lead in their water.

CURWOOD: Now, I gather you didn't go visit all of these water systems. Where did this data come from?

YOUNG: EPA keeps water enforcement data and it's sort of a bear to go through, but by going through it, we were able to identify these systems that had not met the very minimal standards that EPA has for lead in water. But we also found that the standards are not adequately protective, and just because you're not in the system that's on our list of 2,000 that we have on our website does not mean that your water in your individual home is safe.

YOUNG: It is something they call a“treatment technique” standard. It's an achievable limit that they believe can and should be achieved in water, and part of the issue here is how lead is getting into our drinking water. This is not an issue where water systems are failing to screen it out at the water treatment plant. This is a very unique problem in that the lead is getting into our water as a result of the legacy of having used lead in our pipes and in our plumbing going back many decades. Even if your water system is treating your water perfectly with anticorrosion chemicals, water will still erode led from pipes, so there is no way of eliminating the problem unless you actually eliminate the pipes. What's happened in Flint is result of that water system in Flint, Michigan, switching to a very corrosive river water source, and then they didn't treat it properly, and it basically stripped the insides of pipes and set torrents of particles and lead into people's homes. 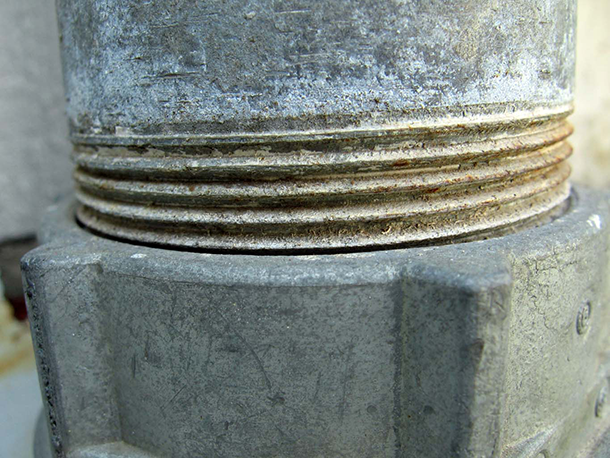 CURWOOD: Talk to me, by the way, about the risk of lead poisoning and why children are particularly at risk from it.

YOUNG: Sure. I mean, lead is a very powerful neurotoxin. It harms developing brains of children. The studies have found that exposure to lead affects children's IQ, their ability to learn in school. It’s associated with attention disorders and other problem behaviors. Pregnant women are at significant risk and even sort of grown adults. I mean, the studies indicate associations with high blood pressure, kidney problems and potential cardiac issues. There is, according to the EPA and the CDC, no known safe level of lead exposure, and as the science continues to progress there are documented harms at lower and lower levels.

CURWOOD: I see. So you looked at this EPA data, they had samples from various homes from some 2,000 additional water systems. What were they doing about that?

YOUNG: In some cases they came back into compliance the next round of testing, but in others, I mean, we found a water system in rural Oklahoma that repeatedly over the course of a couple of years kept failing its lead tests, and there, in fact, were numerous systems across the country that have had over and over and over again tested with high levels of lead in these taps, which raises concerns about what may be going on in other homes in those communities.

CURWOOD: And what did the EPA do about these places where these questions were being raised time and time again?

YOUNG: It's a difficult thing to untangle because there're multiple layers of regulation. The EPA sets the federal regulations, but it has delegated the authority to actually enforce and follow those regulations to state agencies all over the country. One of the more disturbing things we found is that there were numerous systems that failed to inform their customers when they fell out of compliance with these EPA lead regulations, and that's a very serious issue because one of the things that I came away with from this investigation is that we as consumers must be educated and take action to protect ourselves from lead coming out of our taps.

CURWOOD: Now, what communities or what regions are most vulnerable to lead contamination in the water supply?

YOUNG: The experts we've talked to say that the issue is primarily in older areas especially along the East Coast and in the upper Midwest, but there is the potential for lead to be in any home built before 1986. In addition to those there are an estimated 7.3 million homes across the United States that are believed to be served by what are called lead service lines. It's a huge issue, and one of the recommendations from expert panels to the EPA is that we must develop a strategy in this country to remove and replace these lead service lines, but the estimates of doing that are going to run in the tens of billions of dollars, and finding that money is going to be difficult.

CURWOOD: Talk to me about your own experience in trying to get information about the lead content of your water system at home. I imagine you asked that question once you did this investigation. 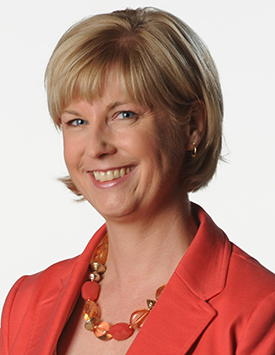 Alison Young (pictured above) and Mark Nichols organized a team of journalists across the country to compile a lead-water investigation for the USA TODAY Network. (Photo: courtesy of Alison Young)

YOUNG: I absolutely did. In fact, my editors had me write a first-person piece as part of the project, just checking out my house. I live in a historic district just outside of Washington, D.C., in a row house that was built in 1880. It is the kind of house that is very much at risk of having lead plumbing components. One of the things that experts say to do is call your water company, the people you pay your bills to. Unfortunately I had a very difficult time getting a straight answer from my water company when I called as Alison Young just consumer, not as Alison Young reporter. What they ultimately were able to tell me is that a portion of my service line, the portion that they owned was replaced with copper in the 1980s, and while that might seem like good news it’s potentially not good news. There are some concerns that doing what's called a partial service line replacement might actually increase the amount of corrosion when you put those two metals together.

CURWOOD: At the end of the day what can consumers do to protect themselves against this danger?

YOUNG: It seems that you know from those that I've interviewed, their best advice is if you're in an older home that likely has lead plumbing and pipes, to consider installing a water filtration device on your tap that's used for cooking as well as for drinking, and there're a number of experts that I interviewed who also said that if you have an infant and you're making infant formula with tap water, stop doing that. It's just - the tap water is potentially a significant risk, if it’s contaminated with lead, if you're making formula with it. Those little bodies, their threshold for lead, it's just something you don't want to be messing with.

CURWOOD: Alison Young is a member of the USA Today network investigative team. Thank you so much for taking time with us today, Alison.