Reducing the Costs of Air Pollution 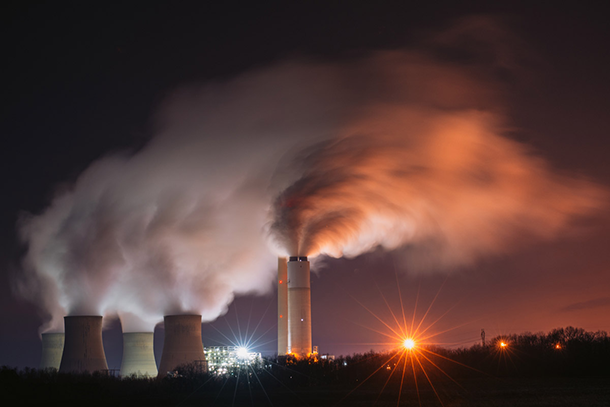 Particulates and other emissions from burning fossil fuels are costly for human health; the WHO argues 3.3 million people die prematurely due to this pollution. But in the US utilities are shifting from coal power, and the costs of illnesses triggered by pollution is falling. Reid Frazier of the Allegheny Front reports.

CURWOOD: It’s Living on Earth, I’m Steve Curwood. When industry complains about the economic costs of environmental regulation, it rarely mentions the costs of pollution to society. Yet according to the World Health Organization, thanks to air pollution, every year some 3.3 million people worldwide die prematurely. But among those stark numbers there is some good news in the US, where more than 200 coal-fired power plants have been retired in recent years, lowering the amounts of fine particle pollution. The Allegheny Front’s Reid Frazier went to see how the costs of cleaning up the air are generating huge public health dividends.

FRAZIER: For years, scientists have known that air pollution from burning fossil fuels is bad for us. But can we place a dollar amount on the hidden costs of burning coal and other fossil fuels for electricity? One person who wanted to know was Paulina Jaramillo.

JARAMILLO: I study the environmental impacts of energy systems.

FRAZIER: So the Carnegie Mellon scientist called up a colleague. They designed a model to find out.
The researchers plugged in pollution reports from the EPA, weather models, and population data. They took into account the effects of pollution on crops, forests, and infrastructure. And human health. Much of that cost hinges on one basic number, and it’s kind of a creepy number.

JARAMILLO: Value of a statistical life, which is a number widely used in policy analyses to estimate mortality costs.

FRAZIER: The value of a statistical life. It’s basically the amount of money we as a society are willing to spend to save someone’s life. And according to the federal government, it’s around $6 million these days. What the scientists found was pretty clear. Since the early 2000s, emissions from coal-fired power plants have been going down. And because of this, Jaramillo found that the annual cost of pollution declined by about 25 percent, to $130 billion. 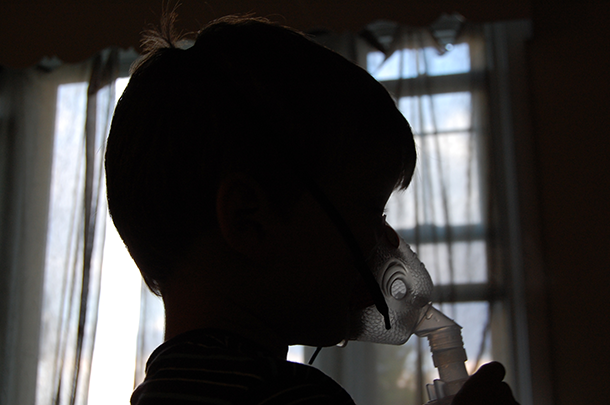 JARAMILLO: Because we started reducing these emissions we reduced health impacts...These models cannot pinpoint who is specifically benefitted, but on a population basis there are benefits.

FRAZIER: So, what happened? Jaramillo says the big change is that new regulations forced many coal-fired power plants to clean up. The Great Recession lowered demand for energy for a few years, and cleaner sources, like natural gas, have cut into coal’s share of the electricity market. Though these costs may be going down, the price-tag the researchers calculated is still around $400 a year for every person in the U.S. Where can you see these costs play out in real life? You can try the emergency room at Allegheny General Hospital in Pittsburgh.

VENKAT: Over here we have our X-ray suites. Most of these patients that are involved, they will require some X-ray study to see if they've developed a pneumonia, for example, on top of their underlying condition.

FRAZIER: Arvind Venkat is an emergency physician at the hospital. Venkat says his patients will come in because of a cold or allergic reaction, but the underlying causes include lots of other factors, including air pollution. 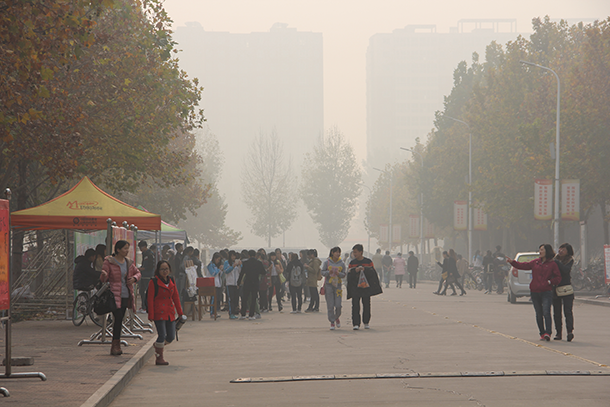 VENKAT: What happens a lot with these patients is that either allergies due to air pollution or they get a virus of some sort - that really triggers them to require acute care, and pollution is a well-recognized trigger.

FRAZIER: Studies show that ER visits for heart and lung conditions go up on days when pollution is highest. And at around $1,000 bucks a pop, costs for ER visits for people with breathing problems can add up.

DOCTOR: You have your inhaler at home?

DEVER: I have it with me, here.

DEVER: About 3 o’clock this morning, I woke up, the whole right side, I couldn't breathe. When I tried to inhale, it just hurt so bad, I couldn’t inhale.

FRAZIER: Dever was a smoker until a few years ago. But since being diagnosed with chronic obstructive pulmonary disease, or COPD, she’s been to the ER about once a year.

DEVER: I drive a school bus, and when I leave to the lot and walk up to my car, just a little bit of a grade, as soon as I get in my car, I have to get my inhaler out and use my inhaler, ‘cause I can't breathe.

FRAZIER: There’s no way of knowing whether pollution in Pittsburgh’s air had anything to do with Dever’s breathing problems that day. But pollution has been shown to cause the same types of symptoms that make lung conditions like hers worse and an ER visit more likely. For Jaramillo of Carnegie Mellon, the takeaway from her study is simple...

JARAMILLO: Well I think my take (away) is we need to continue regulating these emissions and putting controls on these emissions, because they have been effective.

FRAZIER: And if emissions from places like coal plants continue to decline, so will their costs. I'm Reid Frazier.


Study: Air pollution emissions and damages from energy production in the U.S.: 2002-2011