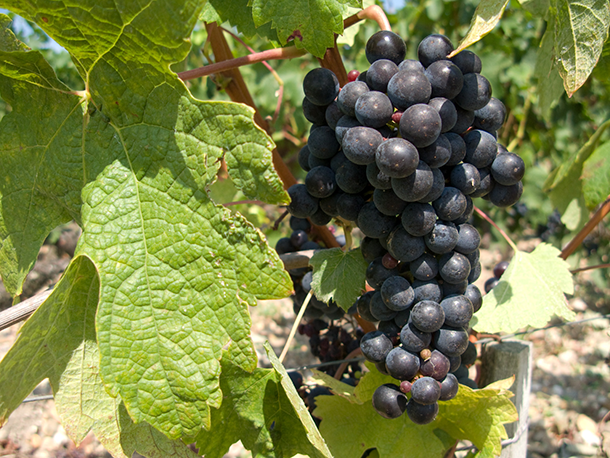 Host Steve Curwood and Peter Dykstra discuss news about the significance of planned floating nuclear power reactors in the South China Sea and risks from fungicide-dusted Bordeaux wine grapes before reflecting on a pivotal event in the Love Canal chemical disaster.

CURWOOD: We’ll join Peter Dykstra of Environmental Health News, EHN.org and DailyClimate.org now, and check out what’s notable beyond the headlines. Peter’s on the line from Conyers, Georgia as usual. Hi, Peter!

DYKSTRA: Hi, Steve. Would you care for a little wine?

CURWOOD: Well, you do some whining here just about every week Peter.

DYKSTRA: No, no no — wine, W-I-N-E, specifically the legendary wine of Bordeaux. For the last seven years, there’s been a feud fermenting over the impacts of pesticides used in some of the most storied vineyards in the world. When a vineyard worker died of a very rare cancer back in 2009, his sister started asking questions and found high disease rates among winery workers in Bordeaux. Some folks suspect a fungicide that’s used on Bordeaux grapes. They’re calling for a ban or restrictions and recently a documentary increased the focus on all of this in France.

CURWOOD: Bordeaux, I believe that’s the largest wine-producing area in France. Should consumers be worried?

DYKSTRA: Well there was a study a few years back that concluded the pesticide risk to wine drinkers was negligible — you’d have to drink enough Bordeaux that you’d be flat broke and you’d probably have other problems beside the chemicals — but vineyard workers and neighbors might have substantial risks from constant exposure. The wineries and regulators say they’ll look at restricting the fungicide use near homes and schools, but others say that’s too little and too late so let’s stay tuned to this one.

CURWOOD: We will. Hey, what’s next?

DYKSTRA: China is hatching plans to build floating nuclear power plants in the South China Sea. And you that sounds kind of scary in a “What Could Possibly Go Wrong” kind of way, right? But whatever one thinks of nuclear power, you can’t say that this is unprecedented, since there are already about 200 floating nuclear reactors in operation. They’re called aircraft carriers, submarines, and icebreakers. 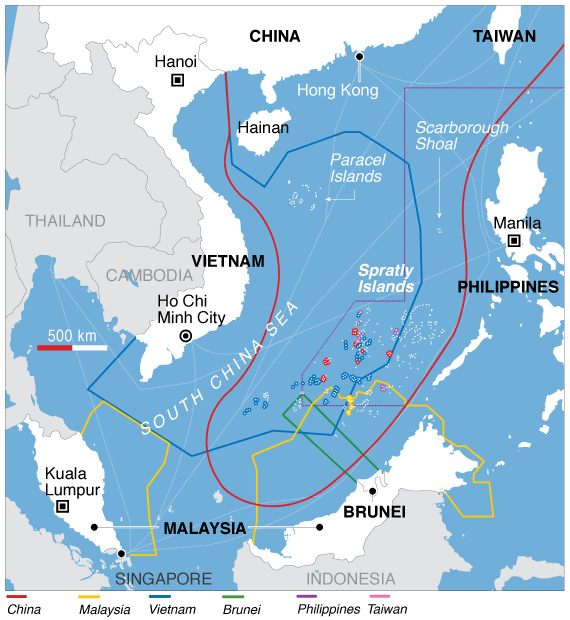 China is making big territorial claims in the South China Sea, outlined in red, much to the chagrin of the superpower’s smaller neighbors. (Photo: Voice of America [Public domain], via Wikimedia Commons)

CURWOOD: And you know it is one way to have plenty of water to stop an accidental meltdown. And China is leading the world in the development of small modular nuclear power reactors. So, what’s the big deal then?

DYKSTRA: Well this one’s controversial in a very different way and a hugely important way: the reactors are part of China’s apparent attempt to colonize a shared body of water that’s one and a third million square miles. It’s caused an immense conflict with other nations that border the South China Sea and have territorial claims of their own, like Taiwan, the Philippines, Malaysia and Vietnam.

CURWOOD: Yeah, those neighbors aren’t too happy with China building military bases on the artificial islands on that disputed part of the ocean.

DYKSTRA: It’s the biggest foreign policy flare-up in that region in decades. And let’s compare it to what might happen here that would be similar. China’s effort to capture the South China Sea is like if the U.S. told Canada to keep its mitts off the Great Lakes.

CURWOOD: That certainly wouldn’t go over well. What do you have from the history vault this week?

DYKSTRA: Well what Chernobyl was to nuclear disasters, Love Canal was to chemical ones — and you know, It was intended to be an actual Canal, a shipping route around Niagara Falls but the builder, one William T. Love, went bust in the 1890’s and left a big, dry hole in the ground. Love Canal was used as a dump for garbage and chemical waste until it was filled in and closed in 1953. And 63 years ago this week, the owners of Love Canal at the time — the Hooker Chemical Company — in an act of runaway decency sold the site to the Niagara Falls Board of Education, for one dollar. 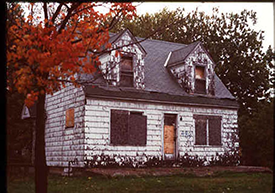 The delayed government response to the Love Canal included the evacuation of about 800 families. (Photo: EPA [Public domain], via Wikimedia Commons)

CURWOOD: Hmm, a dollar? Sounds like it would be a deal — but I don’t think it turned out that way?

DYKSTRA: No indeed — as part of the deal, the school board promised to never sue Hooker Chemical if something went wrong with building an elementary school in a working class neighborhood on top of a half-century’s worth of chemical waste.

CURWOOD: And this would be where Lois Gibbs, who’s been on our program several times over the years, enters the picture.

DYKSTRA: She did and this was in the 1970’s when there was a rash of illnesses, many of them quite serious, in the Love Canal neighborhood and citizen-activist Lois Gibbs emerged to lead her very angry neighbors in demanding cleanup and justice. The school was bulldozed, over 800 homes were bought out, and the disaster inspired the Federal Superfund cleanup program, which labors on with mixed results to this very day.

DYKSTRA: Alright, Steve, thanks a lot, we’ll talk to you soon.

CURWOOD: And you can see more on these stories, including the actual deed to Love Canal, on our website LOE.org.

The history of Love Canal