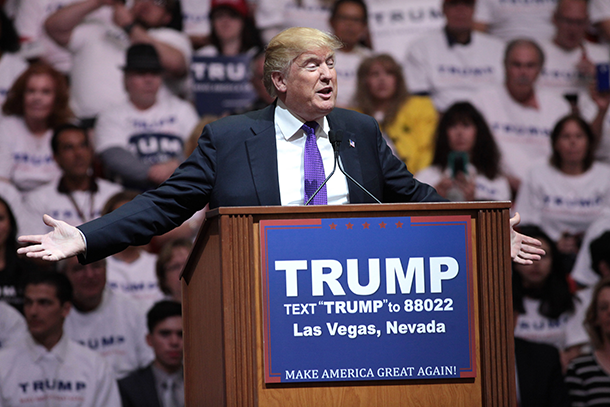 Donald J. Trump says if he is elected President of the United States this November, he will renegotiate the Paris climate deal. (Photo: Gage Skidmore, Flickr CC BY-SA 2.0)

Donald Trump, the presumptive Republican nominee for President, says he doubts the reality of man-made climate change and if elected he would renegotiate the December 2015 landmark Paris climate agreement.

CURWOOD: From the Jennifer and Ted Stanley studios at the University of Massachusetts Boston and PRI, this is Living on Earth. I’m Steve Curwood.

Donald Trump, the presumptive Republican nominee for President this year has declared that he would renegotiate the American position in the international Paris Agreement to address global warming. And if Mr. Trump is elected and follows through on this pledge, it would deal a heavy blow to this December 2015 deal made among nearly 200 nations. Speaking to reporters for Thomson Reuters, Mr. Trump said that pact is bad for the US and “at a minimum I will be renegotiating those agreements. And at a maximum I may do something else.”

In March Mr. Trump went on the record as a skeptic of the dangers of human related climate disruption, when he spoke to the editorial board of the Washington Post. 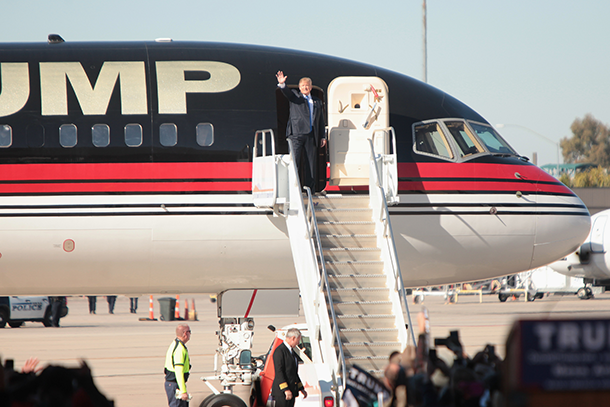 Seen here departing from his private plane, Trump has in the past called climate change a “hoax” devised by the Chinese government to bring down the U.S. economy. (Photo: Gage Skidmore, Flickr CC BY-SA 2.0)

TRUMP: I think there is a change in weather. I am not a great believer in man-made climate change. I’m not a great believer. There is certainly a change in weather that goes – if you look, they had global cooling in the 1920s and now they have global warming, although now they don’t know if they have global warming. They call it all sorts of different things; now they’re using “extreme weather” I guess more than any other phrase. I am not – I mean I know it hurts me with this room, and I know it’s probably a killer with this room – but I am not a believer. Perhaps there’s a minor effect, but I’m not a big believer in man-made climate change.

CURWOOD: Republican Presidential candidate Donald Trump, interviewed by the Washington Post editorial board on March 22nd of this year.

The Washington Post: “Trump: ‘I’m not a big believer in man-made climate change.’”