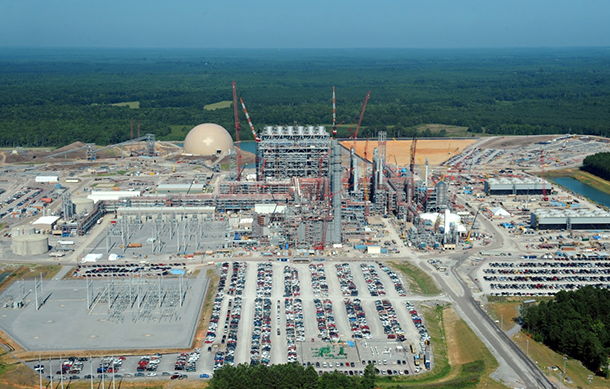 In this week’s trip beyond the environmental news headlines, Peter Dykstra fills in host Steve Curwood about faltering “clean coal” and carbon capture projects and how critics say chemicals manufacturing safety measures are falling short of protecting the public. The history calendar this week brings a tale of how superstition saved lives, when tornadoes battered one Kansas town on the very same date three years in a row.

CURWOOD: It's Living on Earth. I'm Steve Curwood. Let’s see what’s happening in the world beyond the headlines now. Peter Dykstra of Environmental Health News, EHN.org, and the DailyClimate.org is waiting on the line from Conyers Georgia to fill us in. Hello, Peter.

DYKSTRA: Hello, Steve. The coal industry had an average week by its own recent standards, which means it was a very bad week indeed, particularly with government efforts to boost carbon capture and storage, a key element in the difficult search for what they call “clean coal.”

CURWOOD: Ah, of course many critics say clean coal and carbon capture are either too difficult or just too costly to achieve.

DYKSTRA: Yeah, especially when the government quits the effort. The Energy Department was the largest investor, with a few private partners, in the Texas Clean Energy Project, and so far this year DOE has denied a request for a cash advance and written the Texas project out of next year’s budget -- not a death blow, but hardly a vote of confidence to entice new investors. DOE’s Inspector General investigated and filed a report in April, saying DOE is concerned about the viability of the whole project, which is already two years behind schedule.

CURWOOD: I don’t really want to ask this question, Peter, but as taxpayers, how much are we into this deal?

DYKSTRA: Ah, it’s only $450 million. But of course then there’s the $234 million committed to the Kemper carbon capture plant in Mississippi, which is also struggling to meet its budget and its timetable. And the Kemper plant is now reportedly the object of an SEC investigation. Not the SEC college football conference, but the Securities and Exchange Commission. They’re looking into disclosures and also the legally-required financial reporting on the whole project. And one more twist in the coal world, this one’s from Southern Illinois.

CURWOOD: Huh, the Midwest Coal Country… What’s up there?

DYKSTRA: Well, the biggest newspaper in the region is the Southern Illinoisan in the city of -- Carbondale – and it published an editorial last week praising coal miners and the region’s coal heritage, but also offering a dose of reality for the area’s biggest industry as well as its Democratic State Representative, John Bradley:

“At some point,” they wrote, “coal jobs in Southern Illinois will go away entirely. Your legislator cannot – or will not – admit that. Deep down, we all know it’s true.”

CURWOOD: But there are huge challenges for them – I mean, they’re giving up a way of life, and finding livelihoods to replace it, when they’ve sacrificed so much for us – including their lives and their health – to make our modern industrial society possible.

DYKSTRA: Right. The editorial delivered the harsh reality of coal’s future, and while I don’t always dive into the comment strings on news sites, the comments here suggest that feelings in coal country are harsher still.

CURWOOD: Huh, sounds like coal country is in a black mood. What’s next? 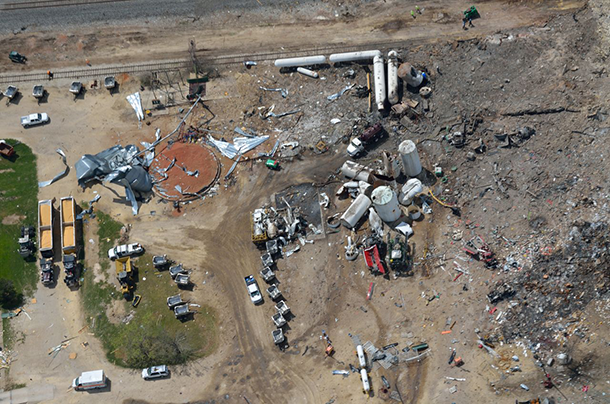 DYKSTRA: Republican Christine Todd Whitman, the former New Jersey Governor who ran the EPA in the early years of the George W. Bush administration, has written to current EPA chief Gina McCarthy that the current plans to reduce chemical plant explosions are too weak.

DYKSTRA: She’s talking about both. Gov. Whitman says that a concept known as IST – Inherently Safer Technologies – gets the short shrift in the Obama administration’s chemical safety upgrades. And she’s not the only one. Lisa Jackson, who was McCarthy’s EPA predecessor under President Obama, has also called for stronger measures, echoing what a young U.S. Senator named Barack Obama said in 2006, when he called hazardous chemical facilities, ”stationary weapons of mass destruction spread all across the country.”

CURWOOD: Hmm. Everybody’s talking about it. Nobody doing anything about it. Hey, what do you have from the history vault this week?

DYKSTRA: A bizarre instance where superstition probably saved lives. It was 100 years ago this week, May 20, 1916, a tornado hit the plains town of Codell, Kansas. They estimate it was an F2 tornado and it caused plenty of property damage in the town, but no deaths. Then a year to the day later, on May 20, 1917, an F3 tornado grazed the outskirts of the town – a big storm, a little damage. Again, no deaths, and you’ll never guess what happened a year later to the day on May 20, 1918. 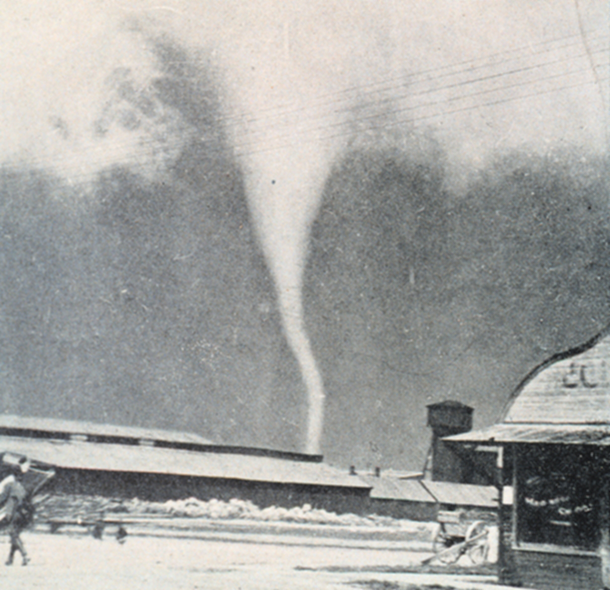 CURWOOD: I sense a pattern here.

DYKSTRA: Exactly. That day an estimated F4 tornado leveled the town’s hotel and school and quite a few homes and also barns and outhouses, but thanks to the widely-accepted superstition that things always come in threes, people took to their storm cellars at the first sign of bad weather. This was a pretty nasty twister, and there were some deaths in other towns because of that twister, but only minor injuries in Codell.

CURWOOD: Well, we all avoid walking under those ladders, don’t we?

CURWOOD: Peter Dykstra is with Environmental Health News – that’s EHN.org – and DailyClimate. Thanks, Peter, we’ll talk to you soon.

CURWOOD: And there’s more on these stories at our website, LOE dot org.

The Southern Illinoisan: “Voice of the Southern: A future without coal?”