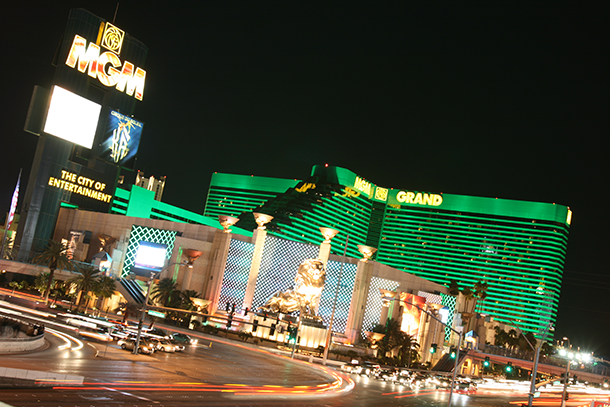 In this week's trip beyond the headlines, Peter Dykstra and host Steve Curwood discuss renewable energy news in a Western state that could impact the future of solar around the country, and reflect on the first oil find in the Middle East.

CURWOOD: Off to Conyers, Georgia now to check in with Peter Dykstra. He’s with DailyClimate.org, and Environmental Health News, EHN.org, and he’s been digging beyond the headlines for us. Hi, there, Peter.

DYKSTRA: Hi, Steve. There’s a story brewing out in Nevada that could be a preview of how electricity is bought and sold everywhere. Last week, the state’s largest single electricity buyer filed for a Vegas-style divorce from Nevada Power, the state’s electric utility.

CURWOOD: OK, Peter, tell me what’s a “Vegas-style divorce” when it comes to a power company?

DYKSTRA: Well first, the story gets more interesting when you learn that the biggest power user in Nevada is the giant casino operator MGM Resorts. They announced their intention to quit buying their juice from Nevada Power and seek better rates on the open market. The state requires MGM to pay an exit fee of almost $87 million for the privilege of shopping the grid to ship cheaper electricity into Las Vegas.

CURWOOD: Ouch, that’s a lot of alimony, or maybe in this case it’s child support. In any event, what does this mean for renewables possibly?

DYKSTRA: Well, an MGM executive named John McManus said the company wants to reduce its environmental impact and aggressively pursue renewables because, as you well know Steve, nothing says “Mother Earth” more convincingly than ginormous flashing signs and fountains and golf courses in the desert.

CURWOOD: Well, in all those signs if they’re using solar power, they can do it guilt free. In any event, Peter, I gather that power’s cheaper on the open market at this point, but what’s the risk that they might go to coal?

DYKSTRA: Well, right now Nevada uses very little coal, almost none. Nevada’s power comes mostly from natural gas. But let’s talk more about Nevada and solar power. You’ll recall that several months ago, the state Public Utility Commission - the same guys who are charging the $87 million exit fee - tripled the fees for installing rooftop power on homes, and they reduced the fees that utilities pay back to homeowners for the excess rooftop power they send back to the grid.

CURWOOD: Well, that kind of effectively killed rooftop solar in the state of Nevada, I think.

DYKSTRA: It sure did, for now. But there’s a move afoot for a statewide referendum on the fees on rooftop solar on the November ballot. And one more little jolt about Nevada and electricity…. 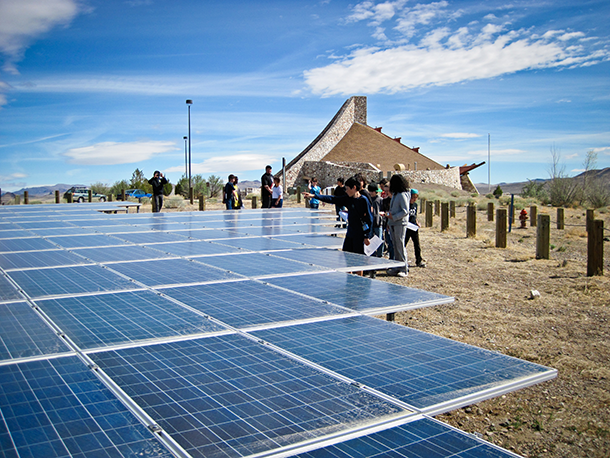 DYKSTRA: Nevada typically gets about three or four percent of its juice from hydro power, notably Lake Mead and the Hoover Dam, but climate change and years of both drought and high water consumption have some experts convinced that Lake Mead could conceivably dry up at some point.

CURWOOD: Yah, I think it’s not a matter of if, but when. Hey, what else do you have for us today?

DYKSTRA: I’ve got more solar! You know what the first thing anybody does when they go onto Google Earth for the first time?

CURWOOD: Well, when I did I looked for my own house.

DYKSTRA: Absolutely. Me too. Now Google has a program called Project Sunroof that allows you to look at your own house and determine whether it’s suitable for solar panels. The program launched last August. It’s now available in 42 states and for 43 million rooftops. You type in your address, and Google crunches data on shade, local climate, and other variables. You’ll get info on how well rooftop solar would do on your home as well as information on installation options and financing.

CURWOOD: And Peter, I imagine as a diligent reporter you looked up your own house?

DYKSTRA: Of course I did, and it told me that I’m not one of the 43 million homes available yet, and neither are four of the other places I’ve lived, but I looked up a random address in California and here’s what I got: Info on average sunlight amounts, square footage on the roof where panels could fit, and how much savings there would be on electric bills over 20 years. Now, I’m going to be curious to see the results when Project Sunroof makes it here to Conyers,Georgia, where my residence is completely surrounded by 60-foot yellow pine trees.

CURWOOD: I guess you’re probably not in the best place to start for solar. Hey, what do you have for us this week from the history archives? 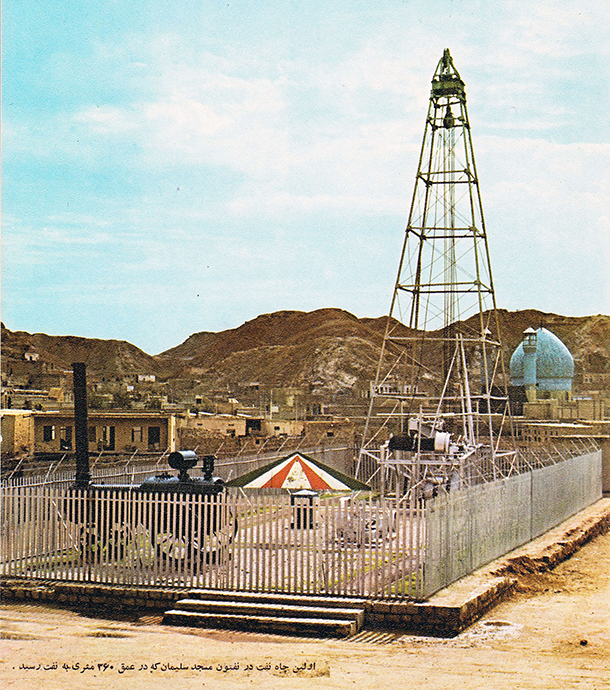 DYKSTRA: Well, a hundred fifteen years ago this week an intrepid explorer named George Reynolds and his wealthy backer, William D’Arcy, signed a deal with the King of Persia allowing them to explore for oil in the land now known as Iran. And for seven years, Reynolds ran out of luck while D’Arcy ran out of money, but on May 26, 1908, first came the unmistakable smell of natural gas, then a gusher in the Iranian desert.

CURWOOD: And the rest, as they say, is history.

DYKSTRA: Oh yeah. D’Arcy and Reynolds’s company became today’s BP. Then BP and later the US oil giants made subsequent deals in Mesopotamia, and that’s Iraq now, of course. Then in the 1930’s oil was discovered in Saudi Arabia, and it’s all shaped the Middle East and impacted world history ever since.

CURWOOD: And certainly the world’s climate. Peter Dykstra’s with Environmental Health News, that’s EHN.org and DailyClimate.org. Thanks Peter, and we’ll talk to you again soon.

About the discovery of oil in Iran