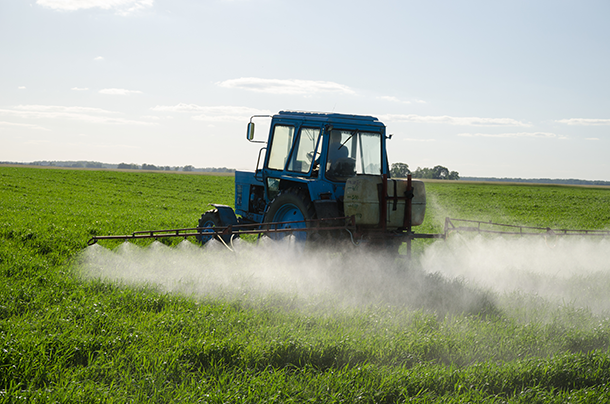 The European Union must soon decide whether to relicense the popular herbicide glyphosate, but political opinions may be getting in the way. Living on Earth’s Jenni Doering reports that while the World Health Organization’s cancer research agency identifies glyphosate as a probable carcinogen, a European regulatory agency disagrees.

CURWOOD: A merger between Monsanto and Bayer is still up in the air, and so is the future of a key Monsanto product: its blockbuster weed-killer Roundup. Monsanto has built its business selling genetically modified seeds for corn and soybeans linked to the herbicide, with more than two and a half billion pounds of glyphosate, the core ingredient of Roundup, applied over the last two decades to US farmland. But ever since the World Health Organization declared glyphosate a probable carcinogen in 2015, European regulatory agencies have been rethinking its future. And in May, 48 Members of the European Parliament even took a test to see if glyphosate was detectable in their urine. Well, for all 48, it was. Living on Earth’s Jenni Doering has our story.

DOERING: The most commonly-used pesticide in the world faces an existential threat. If a key European Union panel doesn’t renew glyphosate’s license before it expires June 30th, the clock will start ticking on a six-month phase-out of some products sold in Europe. Citizens there are concerned with glyphosate’s possible health effects, which include cancer now that the World Health Organization lists it as a probable carcinogen. The protests in the streets there have an intensity that surprises Nathan Donley of the Center for Biological Diversity. 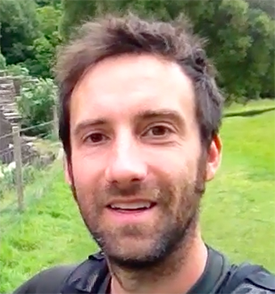 Nathan Donley is a scientist with the Center for Biological Diversity. (Photo: Nathan Donley)

DONLEY: European regulators thought that this was going to be a walk in the park to reapprove glyphosate. But the public is starting to speak with one voice on this — the anger and the uproar that’s happening in Europe right now — you know, that decision will potentially affect people’s health.

DOERING: Advocacy groups in the U.S. as well are closely watching the European battle over glyphosate, and Donley says the U.S Environmental Protection Agency is also taking note.

DONLEY: So I think EPA, right now, is waiting to see, quite frankly, how this all plays out in Europe, because the last thing they want is people protesting in the streets over here.

DOERING: But Tom Driscoll, the Director of Conservation Policy and Education for the U.S.-based National Farmers Union, says that a possible ban in Europe won’t necessarily affect policy in the United States. 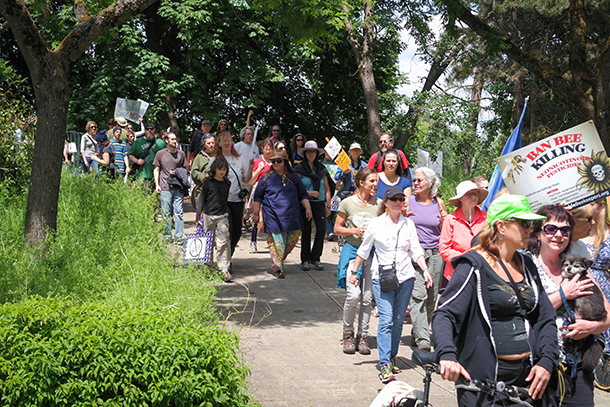 DRISCOLL: We have very different approaches and what they do over there will not have a consequential bearing on our ability to use glyphosate in the U.S. However, it would possibly affect prices on inputs because of the loss of the European market; it might cause glyphosate to become more expensive in the U.S.

DOERING: Glyphosate is valuable for commodity farmers because twenty years ago, scientists at Monsanto figured out how to genetically immunize corn and soybeans against the herbicide. With Roundup-Ready seeds, farmers could spray fields and kill weeds without damaging their crops. But much is still unknown about glyphosate’s possible health impacts, says Nathan Donley.

DONLEY: Last year, the IARC, which is the cancer research arm of the World Health Organization, found that glyphosate is a probable human carcinogen. They looked at epidemiological data; in at least one of the studies, glyphosate exposure was correlated with non-Hodgkin’s lymphoma, which is a rare form of cancer. And they also looked at other lines of evidence — so, DNA damage is one pathway that can lead to cancer, and they came to the conclusion that there was sufficient evidence that glyphosate could induce DNA damage. 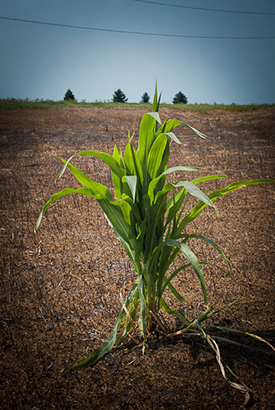 A single Roundup-Ready corn plant appears to be thriving in a demonstration field that has been heavily sprayed with the glyphosate-based Roundup herbicide (Photo: Matthew Traucht, Flickr CC BY-NC-ND 2.0)

DOERING: But in November 2015 the European Food Safety Authority, or EFSA, found that glyphosate was “unlikely” to cause cancer in humans. And in the U.S., the EPA is taking heat for a report that also said glyphosate was unlikely to cause cancer. That report was posted online in late April, but disappeared three days later. EPA says that although the report was labeled “final” on every page, it was prematurely released. Donley blames politics for these conflicting decisions.

DONLEY: The European Union and the EPA, unfortunately, have political considerations that they have to contend with. And ultimately, this is weakening regulatory oversight.

DOERING: Monsanto says that politics aren’t in play, and that the assessment “has been one of the most thorough evaluations of an agricultural product ever conducted.” But Tom Driscoll of the National Farmers Union thinks that regulatory agencies like EPA aren’t evaluating pesticides for safety as effectively as they could. 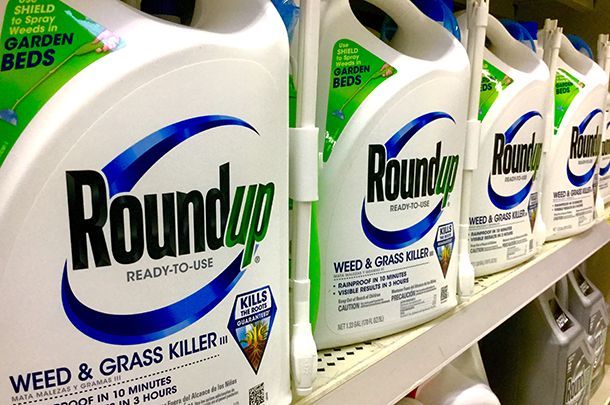 DRISCOLL: EPA needs more resources in order to be able to process more of these applications. As it stands the registration process is rather tedious and expensive, so the crop protecting companies are under tremendous pressure to maximize profits on the products that do make it through registration, and that kind of crowds other options out of the market.

DOERING: To complicate matters, the studies all focus on glyphosate alone. But herbicides like Roundup include additional ingredients to help the glyphosate get into plant tissues. Even less is known about what effects these extra ingredients, and other pesticides on the market, might have on human and environmental health. Nathan Donley again: 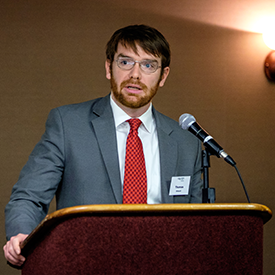 DONLEY: I think all of this focus on glyphosate is really important, and it’s helping push the ball forward, but glyphosate is not the exception, it’s the rule. There are many, many pesticides that are known carcinogens, and most pesticides are associated with some sort of adverse health effects.

DOERING: Health effects not limited to cancer. Some researchers also suspect glyphosate is an endocrine disruptor that can hijack the body’s hormonal system. The European Union has just days to decide whether or not to relicense glyphosate, but it could take years to determine the safety of this and other pesticides in common use. For Living on Earth, I’m Jenni Doering.


WHO--International Agency for Research on Cancer report on glyphosate

Map of glyphosate use in the U.S.

The Guardian: “UN/WHO panel in conflict of interest row over glyphosate cancer risk”

“Concerns over use of glyphosate-based herbicides and risks associated with exposures: a consensus statement”