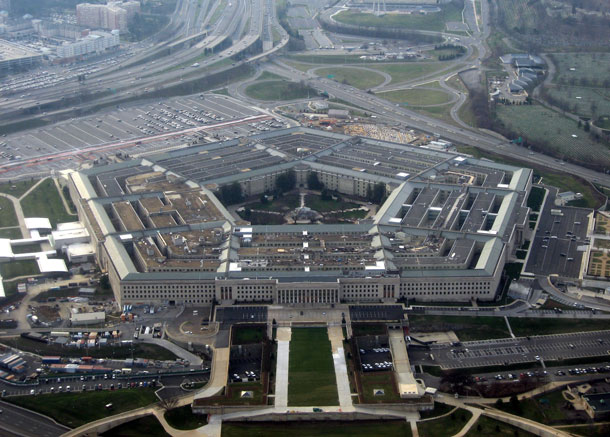 The Pentagon has headed up research at the intersection of national security and climate change since the second Bush administration. (Photo: David B. Gleason, Flickr CC BY-SA 2.0)

House Republicans move to block Defense Department’s efforts to prepare for climate change with an amendment attached to the defense spending bill. Living On Earth Host Steve Curwood sat down with former DoD Deputy Undersecretary Sherri Goodman for her views on the need for Pentagon to assess the national security threats of global warming.

CURWOOD: From the Jennifer and Ted Stanley studios at the University of Massachusetts Boston and PRI, this is Living on Earth. I’m Steve Curwood.

Since the George W. Bush Administration, the Department of Defense has been warning that climate change poses a threat to national security and in January, Pentagon officials proposed to update their climate threat assessments in response to a directive from President Obama. But in June, House Republicans voted to block the Defense Department from spending money for climate planning.
The measure was sponsored by Colorado Republican Ken Buck, who was unavailable to speak to Living on Earth. His staff referred us to his statement posted on his website. It reads in part: “The military, the intelligence community [and] the domestic national security agencies should be focused on ISIS and not on climate change. The fact that the president wants to push a radical green energy agenda should not diminish our ability to counter terrorism.”

For analysis, we called up Sherri Goodman, a former Deputy Undersecretary of Defense for Environmental Security and now at the Woodrow Wilson Center in Washington. Sherri Goodman, welcome to Living on Earth.

GOODMAN: Pleasure to be here, Steve.

CURWOOD: So, I'm puzzled here. What has happened that the House of Representatives would vote to stop the Pentagon from engaging with what it has said is a key part of its mission – that is, protecting the national security of the United States?

GOODMAN: Oh, it's simply a reflexive anti-climate vote without understanding the detrimental impact it'll have on our troops, training, and our military readiness. I think if the members really had a chance and an opportunity to hear from our military leadership about how it protects readiness, not undermines it, how it reduces cost, not raises it, I believe they would have a different view. 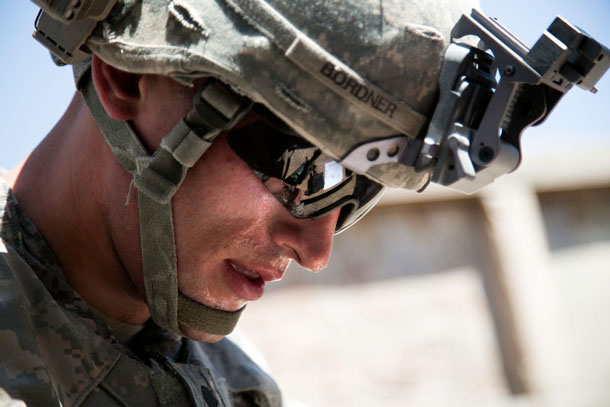 Climate change poses a risk to soldiers who are stationed in locations like the Middle East, where temperatures are already blistering. (Photo: The U.S. Army, Flickr CC BY 2.0)

CURWOOD: Now, of course, people right now feel that the military needs to focus on ISIS and other terrorist groups. How does the Pentagon justify spending money on climate change for those skeptics on Capitol Hill who concerned about that?

GOODMAN: I don't think of it as spending money on climate change. I think of it as investing to protect our troops when they train, when they deploy and when they're stationed at our military bases. As a mother, I want my son or daughter to be protected from the health risks of higher temperatures that our troops are encountering when they deploy to places like the Middle East which has now reached 140 degree temperature. I want to my son or daughter to be projected when our military bases are affected by sea level rise and coastal subsidence. And as a taxpayer, I want my military to be energy efficient, and I want it to be energy resilient and to protect us against outages caused by the next storm, and that's what these amendments are preventing us from doing.

CURWOOD: Now, to what extent does the Pentagon see climate disruption playing into the severe difficulties in the Middle East? I'm thinking of Syria, I'm thinking of ISIS, and Africa as well.

GOODMAN: Well, underlying the Syrian crisis is prolonged drought that led to the food crisis that produced the uprisings of the Arab spring. So, drought underlines exacerbated conditions that lead to extremism, terrorism, and the changing politics we've seen in this region. At the same time, we're seeing increased what the military calls “demand signal” to respond to humanitarian relief and natural disasters as more of those occur around the world. And so, the Pentagon and our military need to be prepared to respond to a wider variety of conditions.

CURWOOD: So, what exactly did the House vote to defund?

GOODMAN: Steve, it blocked funding associated with implementing executive orders, some of which go back to President Bush, that are bipartisan efforts establishing goals across the federal government for energy security, conservation, climate resilience, and sustainability.

CURWOOD: So what are the risks that might occur if the military doesn't conduct this research?

GOODMAN: Well, those risks, Steve, are that we wouldn't fully be able to understand the implication of rising sea levels and coastal erosion at our military installations around the country, one. Two, that we won't understand the impacts of drought which are already affecting our bases and our military's ability to train at key installations in the Southwest from Arizona to Colorado – And finally, our ability to respond in the Arctic. You know, we are just recognizing that we need now with a more aggressive Russia to be able to have the military capability to operate in the Arctic, and the Arctic is changing faster than any region on the planet, a combination of ice melt, permafrost melt. And in order for our military and our Coast Guard to operate in that region they need to understand those conditions. It's like going to sea with your eyes blind.

CURWOOD: Now, what does terminology have to do with this situation? What I'm thinking of is the Navy – you know – it cuts fuel costs by upgrading its energy program, and in those proposals they never said climate change and that seemed to sail right through Congress. Your thoughts? 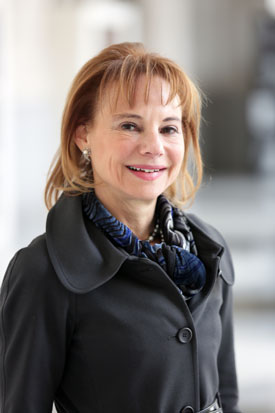 GOODMAN: Well, yes, of course, Steve. You're in the business of words, so you know that words matter. And often unfortunately in our own country, particularly in the halls of Congress, climate is a lightning rod. So if you re-frame the issue as one of improving military readiness, reducing risk, and increasing resilience, I think you can achieve the same result.

CURWOOD: Okay. So, there's a floor vote yet to come in the Senate on this issue. I know you probably don't have a crystal ball there, but what's your best guess as to how you see the senate vote going on this?

GOODMAN: You know, Steve, I don't want to speculate on that, but I do firmly believe that congressional defense leadership on armed services and defense appropriations will appreciate that our forces need to be able to understand how to operate at the risk of higher temperatures. I mean these findings, you know, they are widely known. The Defense Science Board reports about them. There've been numerous intelligence committee studies. So, in fact, this is just responsible planning.

CURWOOD: Sherri, what about here at home? What does the Pentagon say might be needed in terms of use of the military to deal with the effects of climate disruption here in the United States as we see crazier and crazier floods and fires and such?

GOODMAN: Well, thank you for asking that, Steve, and Super-storm Sandy, you know, our military was called basically, you know, as the backup force. We had army engineers, colonels who were responsible for turning the electricity back on in New York City. I talked to one officer who told me, “well, I learned about doing that from my deployments in Iraq.” And so we're increasingly seeing our own military have to provide defense support to civil authorities for incidents occurring at home ranging from Super-storm Sandy to Katrina to wildfires in the West. Our military is there and we want it to be there when those civil authorities need additional support – but to do that we have to understand what those changing conditions are and be able to, first, reduce the risk because we like not to have extreme wildfires or extreme weather events if possible and then in anticipation of them occurring, we, of course, need to train and equip our forces to be able to respond.

CURWOOD: So, how much of this is a done deal or is there a chance for this to nonetheless get approved by Congress?

GOODMAN: I don't think it's a done deal at all. I think there's an opportunity for the Senate position to prevail and I think this will be an important item for deliberation in the conference.

CURWOOD: Sherri Goodman is former Deputy Undersecretary of Defense for Environmental Security. She is now a fellow at the Woodrow Wilson Center in Washington, DC.

GOODMAN: Thanks so much, Sherri. Thank you, Steve.