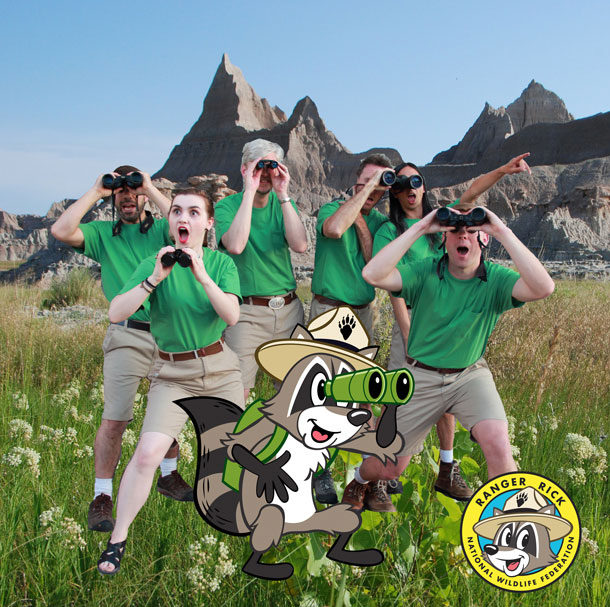 The Whizpops, an award-winning band of teaching artists and musicians from Missoula Montana, recently released their fourth album, Ranger Rick’s Trail Mix Vol. 1. The group collaborated with the National Wildlife Federation to try to raise awareness of some of more than 2,000 endangered species listed under the U.S. Endangered Species Act through catchy songs calculated to appeal to kindergartners. Host Steve Curwood speaks to Whizpops bandleader Casey Schaefer and listens to some of their music.

CURWOOD: More than 2,000 endangered and threatened species are listed under the U.S. Endangered Species Act, and some Montana teachers in Missoula are using music to teach young children about the many creatures at risk. They call their award-winning band The Whizpops! and their latest album of science-based songs is called Ranger Rick’s Trail Mix Vol. 1, and it’s just out. Band leader Casey Schaefer is a kindergarten teacher and joins me now. Casey, welcome to Living on Earth.

SCHAEFER: Thanks, Stephen. Nice to be here.

CURWOOD: Hey, let's start by listening to part of your song about the American bison which President Obama recently named the national mammal of the United States.

CURWOOD: Whoa, that's a dance tune! So why the bison, and what is it about that animal that made you choose it?

SCHAEFER: Well, as we were creating the album and thinking about endangered species to write about, we were trying to align our mission with the National Wildlife Federation’s mission and they've been putting a lot of resource and time and effort into protecting the American bison and so we decided that we're going to write a song about them and kind of honor them and their history in this country which it's pretty sad and hopefully the song gives a feeling of hope and thankfulness that they're still around and that we can preserve their legacy. 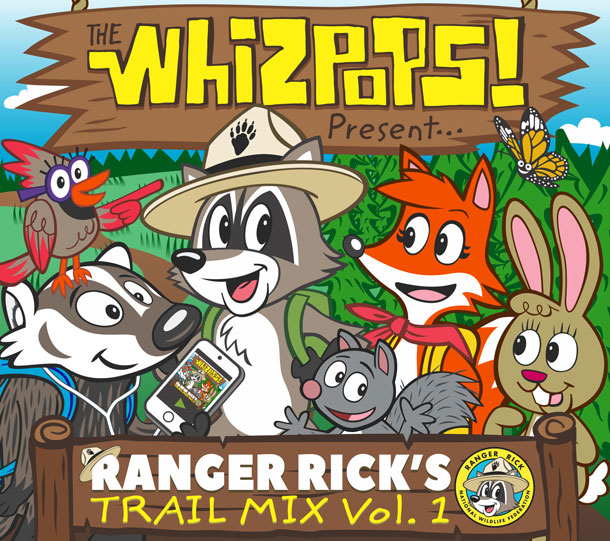 CURWOOD: So how did you choose the other animals that are featured on your CD?

SCHAEFER: We were basically looking at animals that were either endangered or threatened or endangered of becoming threatened because of human impact and climate change and whatnot.
We looked at all that – whatever was inspiring to us at the moment. Say, there's a song we have written, and a riff or piano riff, and you kind of try to match up to what you think of – the character of animal that would best represent that music and so that was the case of California Condor. There's this kind of mysterious sounding part at the beginning and then it opens into this soaring, graceful feeling, and kind of helped us pick that animal for that particular song.

CURWOOD: Well, you know these animals that you're singing about are in various levels of trouble, but the music is not dark, it's not gloomy. There is a beat to it and you can move to it.

SCHAEFER: Yeah, I think that's a great way to describe it. We try to make the music engaging and kind of exciting to listen to for kids and adults and for ourselves. There will be parts in songs that might have a minor or darker sound but they're not depressing. We're not trying to bring anybody down with the music. We're trying to get people excited to learn about these animals and help conserve them in a way. 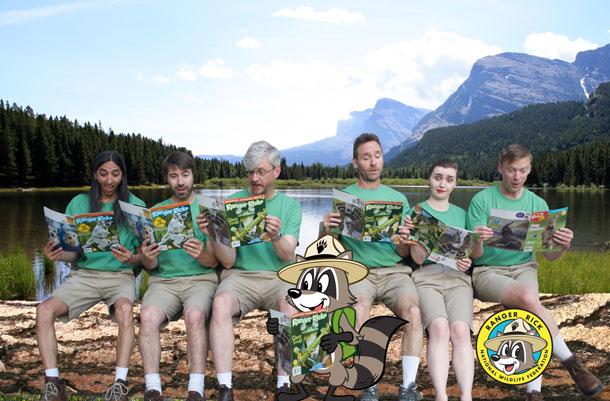 CURWOOD: So, tell me, how did you get started writing science-based music for kids?

SCHAEFER: Well, my first year teaching kindergarten nine years ago, we were doing a unit on owls towards the end of the year and I was just trying to pull in as many resources as I could find. I’d acquired basically a huge treasure chest full of wonderful owl artifacts – talons and skulls and wings and feathers – all kinds of great things. And the only thing that was missing really was music, and as a musician, somebody who plays music for kids every day, I noticed that hole and I wanted to fill it. So I called up a friend of mine who I've gone to school with. He was also a teacher and I said, ‘I really want write a song about owls. Will you help me out?’ He was, like, ‘sure what are you doing tonight?’ I said, ‘nothing. Let's do it.’ So I went over to his place on a Friday night. We sat down and within a couple hours we had written and recorded the owl song in his basement studio.

SCHAEFER: And that was the beginning of the Whizpops!. We didn't know it at the time, but that's where it all started, and why it all started. And all the music since then has come to come from that place of trying to fill a niche that we feel maybe has been missing to help enhance students’ learning.

CURWOOD: Well, how have kids responded to all of this?

SCHAEFER: Well, when I first played in the owl song I kind of did a test because I was curious myself. I had recorded the song. I played it for them live first. And after I played it for them, I asked them questions about what they learned in the song, and they basically regurgitated the entire song, and I was blown away. I had no idea they would be that interested in it or that they would be able to recall the information that readily, and something clicked right there, and from that point on every time we wrote a song, I figure we looked at in a different way because we knew that this is actually meaningful and it would work. This last album, the kids have latched onto the lyrics faster than any other song or any other album that we've written before, so that's pretty exciting to see. 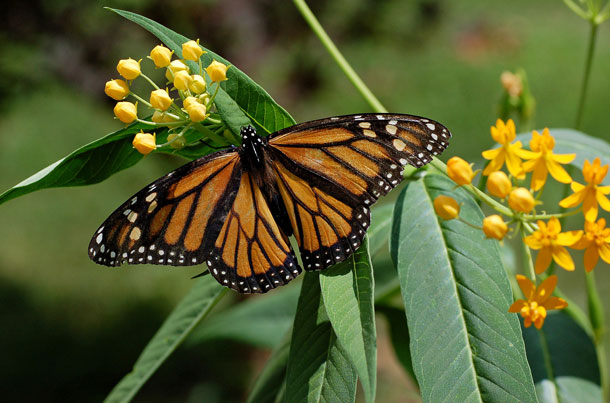 CURWOOD: “Milkweed is what I need to succeed!” Bob Marley channeled through a Monarch butterfly, huh?

SCHAEFER: [LAUGHS] Yeah, I guess so.

CURWOOD: Why the Monarch?

SCHAEFER: Well, that's another species that the National Wildlife Federation is working really hard to save. If you look at the data, since the 90s, about 90 percent of the Monarch butterfly population has been decimated through loss of food, the milkweed, through pesticides. Human activity has really kind of devastated their population, and it's one of those species you know people can actively get involved with helping to save. If you live in an area where you have Monarchs – and that's a good portion of the United States – it's really easy to get outside and plant some milkweed plants. Those caterpillars, they will only eat milkweed. I thought I was picky eating as a kid!

CURWOOD: Hey, Casey, how do you juggle the music with your role as a kindergarten teacher? How do these things work together? If we were talking science I guess we could talk about symbosis here or maybe not? 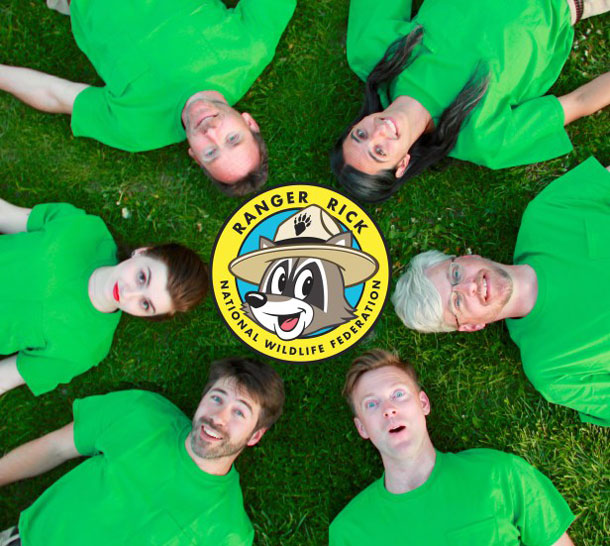 The Whizpops collaborated with the National Wildlife Federation for their newest album. (Photo: The Whizpops)

SCHAEFER: Sure. So, like I said I incorporate music in my classroom in just about any way possible. Whether it's taking a Shel Silverstein poem and putting a melody to it, or transitioning from one activity to the next in kindergarten. I'm picking up the guitar, we're singing about it, the kids come up and make up songs and we just have a really fun time with it. The kids are a kind of a great litmus test too for the music and they really enjoy it and they were actually on this CD, on our wolverine song they are singing in the background.

SCHAEFER: We just recently played our CD release party and all the kids in the class came up on stage to sing with us and so it's really fun to come to bring them into this world and so they can see kind of the process from writing a song or thinking of an idea for a song, writing it down on paper, typing it up, recording it and then performing it – to kind of get to see behind the scenes and the finished product. And I think that's important for them to see, you know, how something is made. And several of my kids have already started writing their own songs. Every year, at least three or four kids beg for a guitar for Christmas and that's really cute. And they'll bring their guitar and they'll play for the class and so it's really neat to see how that all plays out in their eyes.

CURWOOD: Hey, before you go Casey, I'd like to end with your song about the pika.

CURWOOD: So, tell me a little bit about the pika and why you chose this animal for a song? 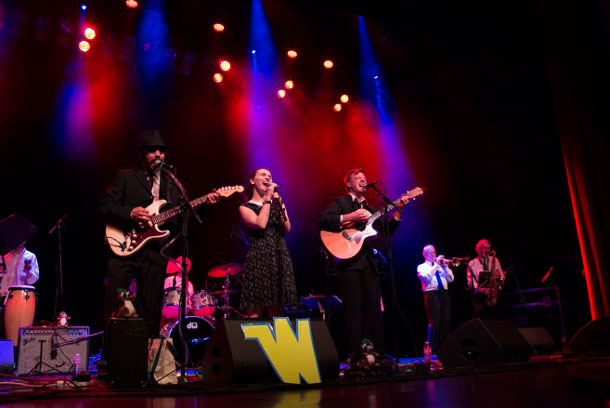 SCHAEFER: Well, they're an amazing creature and not a lot of people know about them because there's not that many left in the world. You rarely see them. You might hear them. They’ll basically run around all day gathering plants and they'll make what’s called a hay pile and they will stash them under the rocks because in winter time they’ll eat them. Kevin and I were hiking in Glacier years ago and we ran into one. It was right there by the trail and they're just about the cutest animal you can imagine. It kind of looks like a cross between a bunny rabbit and a mouse, but they are an indicator species for climate change. If it gets too warm, they're not able to survive. Their bodies can't withstand that warmer temperature. So with the current climate change that's happening, it's been hard on their species. We're trying to raise awareness about the pika and climate change, not in an in-your-face kind of way. We don't say anything about climate change really in the song. We just want to get kids and adults interested in learning about these animals so that they can potentially help save them some day. Seeing them live in the wild and knowing kind of the situation that they're in is sort of the inspiration for that song.

CURWOOD: Casey Schaefer is a kindergarten teacher in Missoula, Montana. Hey, thanks for taking the time today, Casey.

CURWOOD: That’s the Black-Footed Ferret song. There’s more about the Whizpops’ music at our website, LOE.org.