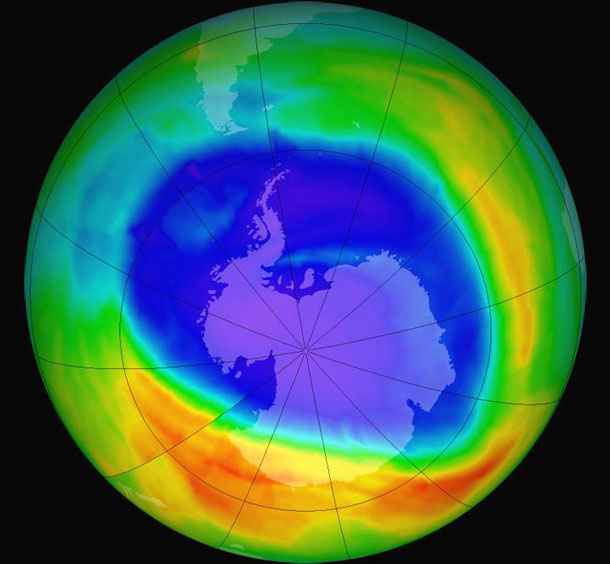 Host Steve Curwood and Peter Dykstra celebrate the healing of the ozone hole, discuss the short-term extension of the herbicide glyphosate’s license in Europe, and look back on the arrival of the devastating chestnut blight in the US.

CURWOOD: Off beyond the headlines now, to catch up with Peter Dykstra. Peter’s with DailyClimate.org and Environmental Health News, that’s EHN.org, and is on the line from Conyers, Georgia. Hello, Peter.

DYKSTRA: Hi, Steve, you know, since it’s not always easy to find good news on this beat, let’s bring some major good news front-and-center: In a paper in the Journal Science comes confirmation that the huge ozone hole over the Antarctic has begun to heal itself.

CURWOOD: Scientists have been predicting this would happen, but this is some actual hard evidence?

DYKSTRA: Correct. And research back in the 1980s showed manmade chemicals like chlorofluorocarbons found in refrigeration and spray cans and other things was destroying ozone up in the stratosphere that helped block harmful, ultraviolet radiation from the sun. An ozone “hole” showed up over the South Pole, and a somewhat smaller one in the Arctic, raising concerns that the continued loss of protective ozone would cause skin cancer rates to skyrocket.

CURWOOD: But as I recall, the world’s nations actually got together and they agreed to outlaw the worst ozone destroyers.

DYKSTRA: They did. The Montreal Protocol of 1987 is an environmental treaty that worked, in part because industry got on-board, along with some very unlikely tree-huggers like Ronald Reagan and Margaret Thatcher. This new study is confirmation that the ozone holes look like they’re on a path toward extinction.

CURWOOD: And that’s the kind of extinction we can handle, Peter. Many people think we’ll need some equally unlikely tree-huggers to see good news someday on global warming. Hey, what else do you have for us?

DYKSTRA: Well let’s go from the good news to a hotly disputed issue where neither side is happy with the news they’ve gotten. The European Union, long a leader in environmental health issues, turned back calls to block re-approval the herbicide glyphosate – then they also refused industry lobbying to reauthorize glyphosate use for up to fifteen years. And instead the EU set a temporary approval until the end of 2017. 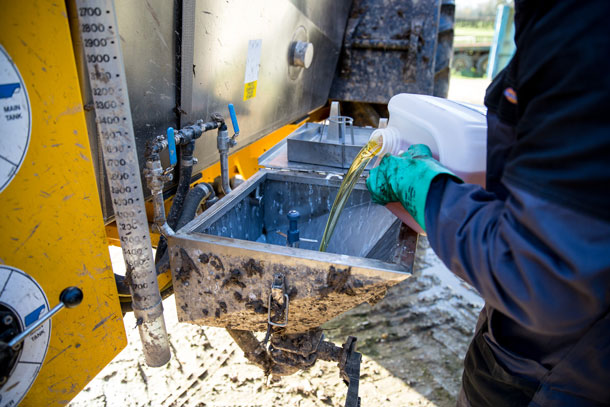 The European Union has temporarily approved the use of the Herbicide Glyphosate until the end of next year. (Photo: Chafer Machinery, Flickr, CC BY 2.0)

CURWOOD: The World Health Organization has declared glyphosate to be “probably carcinogenic in humans” and there’s also a concern that the chemical can act as an endocrine disruptor.

DYKSTRA: And other studies from the German government and from the EU’s food safety branch have argued in the other direction – that glyphosate is not a likely carcinogen and its health impacts aren’t proven. But that’s where the mess begins.

DYKSTRA: Environmentalists and many scientists are upset that glyphosate was given even a short reprieve. The chemical industry is frustrated by the uncertainty of not knowing if they’ll be shot down in eighteen months, especially with a proposed merger of two ag. chemical giants, Bayer and Monsanto, being discussed right now. Glyphosate, which is the active ingredient in Monsanto’s herbicide Roundup, is one of the most lucrative chemical products in the world today.

CURWOOD: And the dueling scientific studies are a familiar scenario.

DYKSTRA: They are. And with the dueling scientists come accusations of manipulating that science, with some of the strongest charges being that some EU scientists have financial ties to glyphosate manufacturers. There’s no telling where this one’s going to end, but I’ve got a little possible good news in our history file this week.

DYKSTRA: We’ve had quite a colorful and unfortunate history of killing off trees not with fire nor axes nor chainsaws, but with bugs and disease: Dutch elm trees, butternuts, dogwoods in some areas, and currently insects going after pine trees in the west and ash trees in the east. But 110 years ago this month, the New York Zoological Society published a paper warning against the granddaddy of them all, if in fact a fungus can be a granddaddy. But the chestnut blight nearly wiped out all of the American chestnut trees in the first half of the twentieth century. Chestnut trees used to dominate some American forests. We used them for food, firewood, railroad ties, furniture and we also used them for literature because Thoreau and Longfellow and Robert Frost, among others, all wrote about chestnut trees. 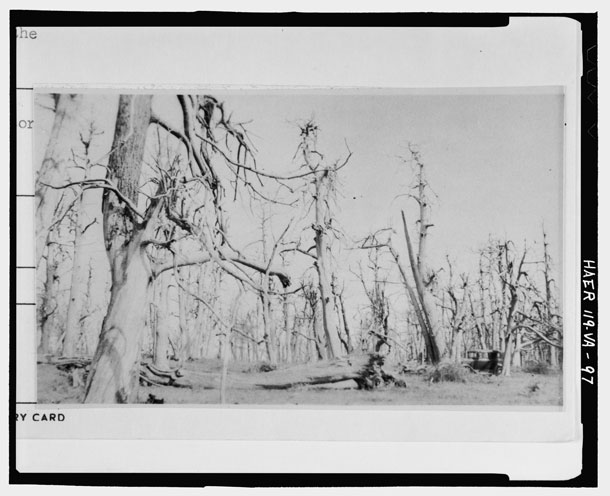 CURWOOD: But we almost lost them. So I presume the “possible good news” is the recovery of the American chestnut, huh?

DYKSTRA: Yes. There’s a lot being done, and we may not know the results for nearly a century. But currently, thousands of trees are being bred to resist the chestnut blight, some are cross-bred with stronger Chinese chestnuts and there are two areas where chestnut recovery efforts are intensively focused: National Forests, that’s not much of a surprise – but also reclaimed coal mining land throughout the Appalachians. It’ll be a long time before we know if those majestic spreading chestnut trees will make a grand comeback in forests and maybe even in literature.

CURWOOD: To give renewed shade to the village smithy, huh?

DYKSTRA: Thank you Steve, we’ll talk to you soon.


Read the paper: “Emergence of healing in the Antarctic ozone layer”

About the American Chestnut