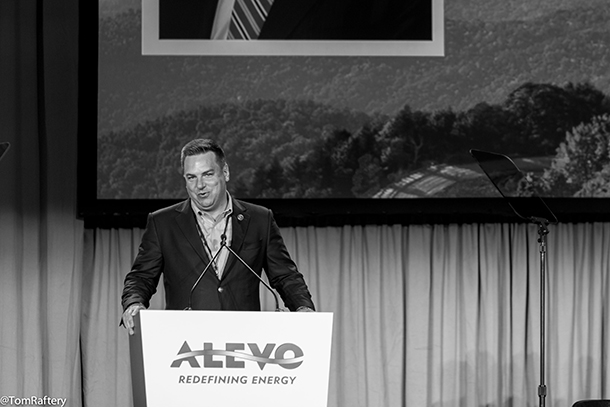 In their weekly round-up, Living On Earth Host Steve Curwood and Peter Dykstra talk about a congressman who’s trying to restrict government-funded airline flights for EPA employees, yet another assassination of an environmental activists in Honduras, and a history of air conditioning in America.

DYKSTRA: Well it’s 90 degrees or more for the umpteenth consecutive day here. We’ll talk a little bit later about the heat here, but, y’know, there have been a lot of intensive efforts to hamstring the US EPA from doing its job enforcing pollution laws and protecting the environment.
But here’s one that’s just a tiny bit over the top.

DYKSTRA: An amendment on the bill to fund EPA, the Interior Department, the Forest Service and other agencies, Congressman Richard Hudson of North Carolina has attached the following amendment: “None of the funds made available by this Act may be used to pay the costs of any officer or employee of the Environmental Protection Agency for official travel by airplane.”

CURWOOD: So Representative Hudson wants to put the entire EPA in its own No-Fly-Zone.?

DYKSTRA: That’s right. In fairness to Mr. Hudson, nothing in the Amendment would prohibit EPA employees from paying for government travel out of their own pockets, nor is there a ban on traveling by Greyhound, covered wagon, stagecoach, or camel to monitor and inspect EPA’s over 1,300 Superfund sites and tens of thousands of permitted air and water dischargers, mine reclamation sites, pesticide application sites, hazardous materials production, and storage sites and more.

CURWOOD: Don’t forget Amtrak, if Congress doesn’t cut its budget any further. Do you get the impression that maybe the Congressman just doesn’t want EPA to be able to do its job?

DYKSTRA: It’s a little different than that, Steve. Congressman Hudson has previously introduced measures to prevent EPA from regulating backyard barbecues and NASCAR, and those are things that EPA apparently has no intention of doing.

CURWOOD: More fodder for a most interesting political year. What else did you bring us?

DYKSTRA: A little more of the same terrible news we’ve already heard enough of. Another environmental activist in Honduras was abducted and beaten to death last week. Lesbia Yaneth Urquia was a vocal opponent of hydro dam construction and mining on indigenous lands in the nation that had already been deemed the deadliest place on earth for environmentalists. 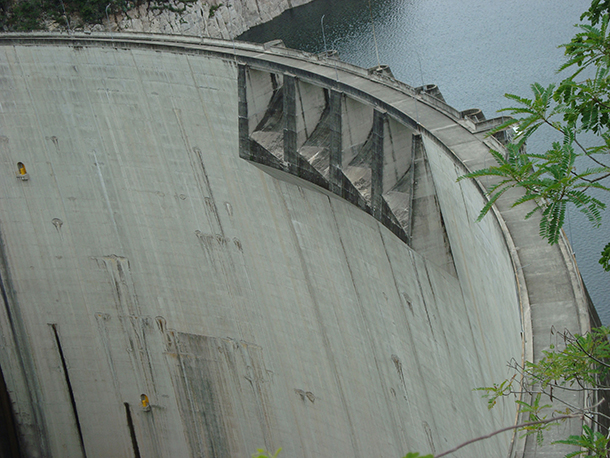 CURWOOD: We reported on the murder of Berta Cáceres, the Honduran environmental leader and Goldman Prize winner, just a few months ago.

DYKSTRA: And since then, another Honduran activist, Nelson García, was also shot dead by Honduran security forces, and you reported on that, too. The watchdog group Global Witness says there have been over a hundred murders of activists in Honduras since the year 2010.

CURWOOD: The hate mail and harassment of activists and even some scientists gets pretty strong in this country, but a hundred murders in a relatively tiny nation like Honduras is another thing altogether. Give us something – and preferably not bad news - from the environmental history files for this week.

DYKSTRA: This month marks two anniversaries in the history of our trying to cool off. On July 14, 1847, a physician named John Gorrie was looking for a way to help his patients in Apalachicola, Florida, to stay cool while dealing with malaria and other tropical diseases. He designed a machine that cycles highly compressed air to produce ice. In Florida. In 1847!

CURWOOD: So every time we cool down with a summer beverage, we can thank Dr. John Gorrie?
DYKSTRA: Yes and no. Gorrie obtained a patent for his ice machine in 1851, but then his financial backer died, then Gorrie died four years later. He endured a lot of criticism from afar – the big northern newspapers scoffed at the idea that a crackpot claimed to have made ice in steamy Florida.
Other inventors came along using ammonia instead of compressed air, and ice-making came of age in the last half of the nineteenth century. It revolutionized the food industry and accelerated the race to conquer the Western US for cattle grazing and more, eventually enabled large-scale fisheries, filled billions of fast-food drink cups, and last month, allowed the National Hockey League to place a new team in Las Vegas. Hockey in Vegas, folks.

CURWOOD: Okay, so what’s your other cool invention?

DYKSTRA: On July 17, 1902, a good citizen of Pittsburgh named Willis Carrier laid out plans for what would become known as the world’s first air conditioning system. Today we would consider it to be more like the world’s first dehumidifier – he dried out the thick summer air, and later on, CARRIER and others combined his design with refrigeration machines to cool the air down. 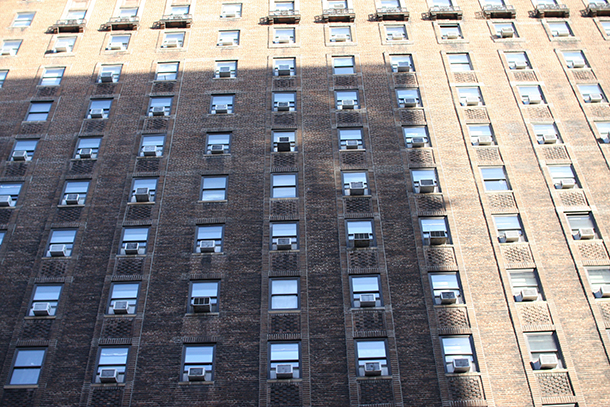 CURWOOD: And today folks consider air conditioning more of a necessity than a luxury – all with a huge carbon footprint.

DYKSTRA: Correct. In 1973, 52 percent of U.S. homes had AC; now, it’s over ninety percent.
I tried to look up the percentage of homes in Anchorage, Alaska that have AC, couldn’t find a hard number, but I found 24 Anchorage businesses listed as offering air conditioning repair.

CURWOOD: Wow. But at ninety percent, the US is nearly maxed out. What about the rest of the world?

DYKSTRA: You mean the world that’s getting wealthier and warmer at the same time? AC sales have doubled in China in the last five years, and one estimate says the city of Mumbai devotes 40 percent of its electric output just to power air conditioners.
The carbon footprint implications are enormous, but let’s look at what else AC has done.

There’s no count on the number of lives it may have saved during heat waves. Without it, there would be no huge metropolitan areas like Phoenix and Las Vegas, each with its own vanishing water supply, golf courses, and of course hockey franchises. Here in suburban Atlanta, on our umpteenth consecutive day of ninety degrees or more, I sit in comfort, occasionally gazing out the window to see my garden wilt. If the growth of clean energy and more efficient ways to stay cool can outpace the growth of AC, it can provide less costly comfort worldwide.

The Guardian: “Honduras confirms murder of another member of Berta Cáceres’s activist group”

Smithsonian: “Chilly Reception: Dr. John Gorrie found the competition all fired up when he tried to market his ice-making machine”

VICE: “As the World Prospers, More People are Getting Air Conditioning – And That’s Really Bad for the Climate”

Percentage of US homes with air conditioning from 1979 to 2003