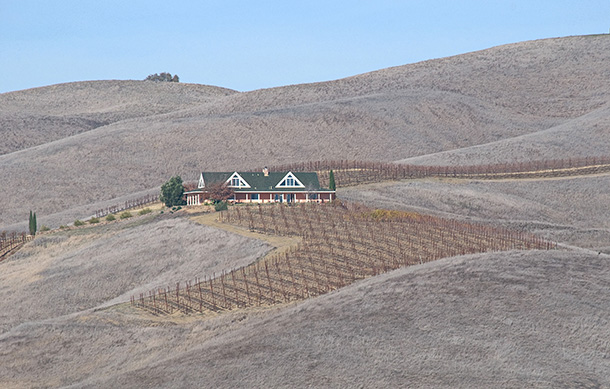 New research from a team at UCLA suggests the California drought, which is in its fifth year, could last for centuries. (Photo: John Weiss, Flickr CC BY-NC-ND 2.0)

In this week’s trip Beyond the Headlines, Peter Dykstra takes host Steve Curwood back to the music of the 1970s to invoke long-standing and maybe prescient thoughts on the California drought. And new studies reveal how nutrient pollution in the ocean is helping disrupt the vital soundscape marine life needs. Also in environmental history, some fish and other wildlife that became potent symbols in U.S. politics.

CURWOOD: Let’s catch up with Peter Dykstra now to see what he’s found beyond the headlines. Peter's with Environmental Health News, that’s EHN.org and DailyClimate.org, and he's on the line from Conyers, Georgia. Hi there, Peter.

DYKSTRA: Hi, Steve. This week I need to start us off with a listener alert because I’m about to invoke what I remember as some really bad music from the 1970s. There was a song called “It Never Rains in Southern California”. A recent UCLA study says that may be the case for centuries.

CURWOOD: Centuries? That’s bad news for those Californians who secretly hope they’ll be able to take a long shower someday.

DYKSTRA: True enough, and publishing in the journal Nature, the researchers from a very un-rainy Southern California compared the records of sediment samples in the Sierra Nevada Mountains and found strong evidence that the kind of ocean temperature shifts that are now underway match long periods of drought in California.

CURWOOD: Well, we’re used to thinking of drought as lasting for just a few years, like it did in Texas awhile back, but these folks are suggesting that the California drought could last for centuries?

DYKSTRA: Yes, and the singer Albert Hammond could be getting residuals for that lamentable “It Never Rains in Southern California” song for centuries, too.

DYKSTRA: After all these centuries, we’ve finally found a way to make our oceans quiet down a little. 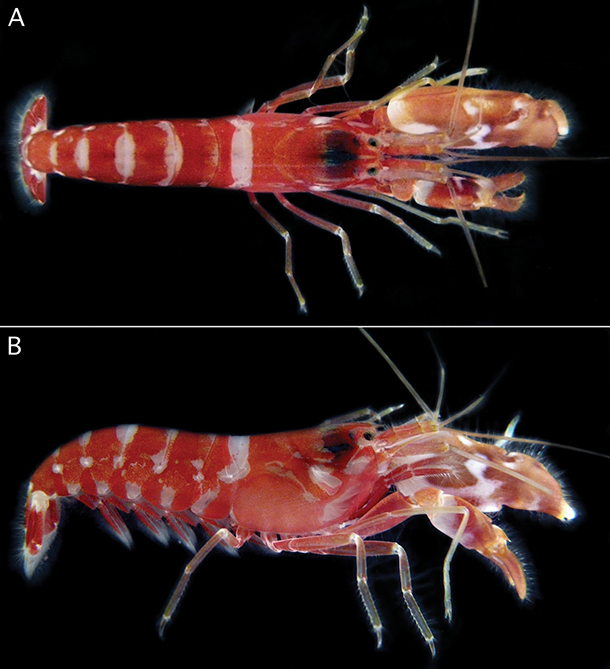 Side views of the snapping shrimp, a noisy crustacean that produces sound with its oversized claw, is at risk from acidifying oceans. (Photo: Anker A, Grave S, Wikimedia Commons CC BY 3.0)

DYKSTRA: Researchers from the University of Adelaide in Australia have been following how man-made biological and chemical changes to the ocean affect what they call the ocean soundscape. They’ve studied creatures like the snapping shrimp, which creates a surprisingly loud snapping sound when it closes its one oversized claw. There’s other marine life, from sea urchins to parrotfish, that are relatively noisy feeders, and of course the songs of many whale species can be heard hundreds of miles away from the source.

CURWOOD: So where do people fit in to all of this?

DYKSTRA: Well, by introducing nutrients into the ocean, we’re damaging some of the noisiest areas of the ocean, like coral reefs and kelp beds – fewer creatures means less noise. And by acidifying the oceans, the Australian researchers say we may be changing the behavior of sea life. They studied snapping shrimp in slightly acidified water, and guess what? They snapped less. This is important because that natural soundscape is key for how some species navigate and feed.

CURWOOD: And, of course, sounds from ship traffic have also changed how the ocean sounds.

DYKSTRA: In a big way.

CURWOOD: So before we ask you to clam up, it’s time for our weekly plunge into environmental history. What’s up this week?

DYKSTRA: A tiny fish with a goofy name. This week, back in the year 1979, President Jimmy Carter signed a bill authorizing the Tellico Dam on the Little Tennessee River. He did this in spite of the presence of an endangered fish called the Snail Darter. We were in the middle of the second energy crisis of the 1970’s. Scientists and environmentalists cited the Endangered Species Act as a reason to halt construction on a dam that would have turned the Snail Darter’s rushing-water stream habitat into a huge, placid, artificial lake.

CURWOOD: Yeah, give folks a choice between more electricity and a tiny fish with an odd name and guess what… 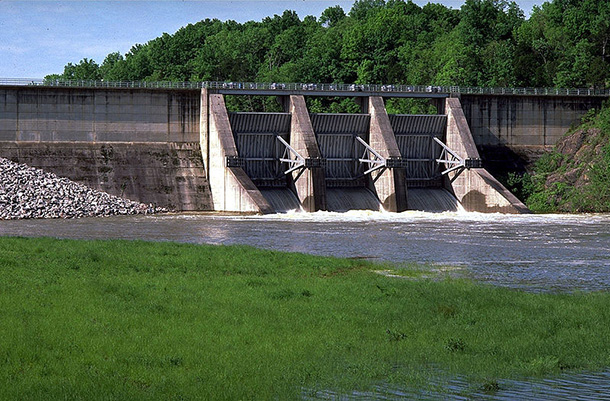 Construction of the Tellico dam was halted in 1979 after the discovery of an endangered fish called the snail darter. Although the dam was ultimately completed, it has never been used to generate electricity. (Photo: Tennessee Valley Authority, Wikimedia Commons CC government work)

DYKSTRA: Yeah, despite strong science and really sound ecological reasoning, even a President with a fairly strong environmental record like Jimmy Carter wasn’t going to lead a biological bailout for a tiny fish. So biologists gathered up as many Snail Darters as they could and dropped them off in another nearby river. Today, there are known Snail Darter populations in about a half-dozen streams, and the species has been upgraded from endangered to threatened. And even though some folks used the energy crisis as a motive for completing Tellico Dam, it’s never been used to generate hydroelectric power.

CURWOOD: The first high-profile battle over an obscure species, but hardly the last, right?

DYKSTRA: Right, a few years later, we saw the same battle lines drawn in the forests of the Pacific Northwest over the Northern Spotted Owl, and today we’ve got the Sage Grouse on the western prairies, and, of course, another fish with a goofy name, the Delta Smelt, a potential victim of that same California drought.

CURWOOD: Peter Dykstra is with Environmental Health news that EHN.org and DailyClimate.org. Thanks, Peter, we’ll talk to you again real soon.

DYKSTRA: Thank you, Steve, talk to you soon.

CURWOOD: And there’s more on these stories on our website LOE.org.


“California’s drought could continue for centuries”

Australian Geographic: “The silencing of the seas: how our oceans are going quiet”

Journal article on ocean acidification’s silencing of the snapping shrimp

Video/audio of the snapping shrimp’s noise