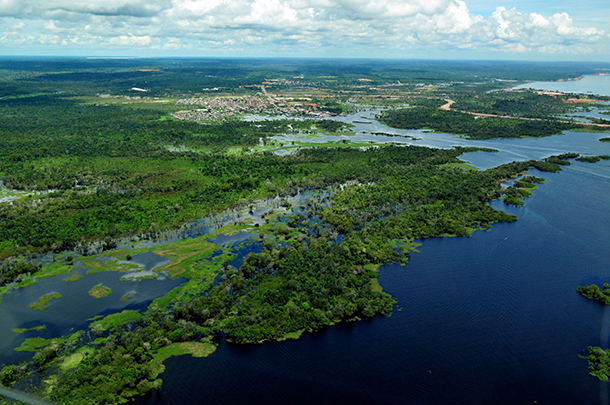 The Amazon rainforest is one of the planet’s many ecological treasures that are at risk of being lost to climate disruption. (Photo: CIFOR, Flickr CC BY-NC-ND 2.0)

In this week’s trip Beyond the Headlines, Peter Dykstra laments with host Steve Curwood the potential loss of several iconic ecological treasure spots and provides an update on sexual harassment charges against the National Park Service and other science institutions. For the weekly history lesson, he recalls partial meltdown of the Fermi nuclear power plant in Michigan, kept secret for years.

CURWOOD: Let’s join Peter Dykstra of Environmental Health News, that’s EHN.org and DailyClimate.org now to see what he’s found beyond the headlines. He’s in Conyers, Georgia, and on the line.

DYKSTRA: Yeah, except if it’s a list of places that you won’t be able to go to as a result of climate change. They ran a sort of a Bucket List of iconic spots on earth that you absolutely must see before rising temperatures and sea levels change them forever. Dive spots like Key West, and the Great Barrier Reef and the Maldives; the Alps; Alaska, the Napa Valley and an ecological treasure like the Amazon, among others. 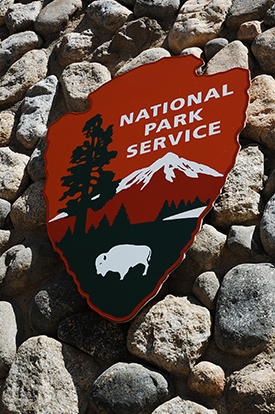 CURWOOD: Hmm, well I think they should have put “home” on the list because for a whole lot of people they’re not going to be able to go home again as climate disruption proceeds.

DYKSTRA: Yeah, you’re absolutely right about that. But here’s one thing that bothered me the most, and that’s that of all the places on the Conde Nast list – I haven’t been to any of them. So maybe it’s time to empty out the nearly empty bank account and leave my carbon footprint in all of these beautiful spots.

CURWOOD: Yeah, there’s that. But if you follow the magazine’s advice and burn up the miles to get to all of these places, you’re not exactly helping, are you?

DYKSTRA: Steve, a little update on a story you did back in April. We’re often tempted to think of workplace sexual harassment as something that might happen in a typical office, not in a National Park or a laboratory.

CURWOOD: Yeah, that’s right, we spoke with women who said they were victims of harassment in the National Park system.

DYKSTRA: This week, after a stormy Congressional hearing dealing with allegations of sexual harassment and intimidation, the Superintendent of Yosemite National Park stepped down. Don Neubacher is a 33-year veteran of the Park Service. It’s important to note that he is not facing any criminal charges, but a Park Service investigation cited a work environment at Yosemite that they described as “toxic, hostile, repressive, and harassing.”

CURWOOD: Hmmmm, not exactly what you’d expect to hear from a place that’s called a “cathedral of Nature”. 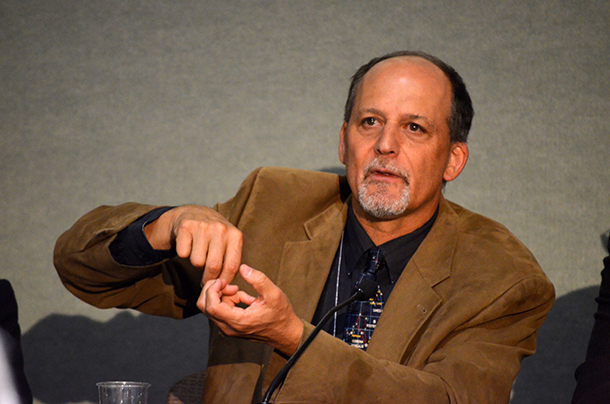 Prominent UC Berkeley astronomer Geoff Marcy (above) resigned last year after he was accused of sexual harassment. Three female astronomers who were harassed by Marcy are featured in a CNN report this week. (Photo: Raphael Perrino, Flickr CC BY 2.0)

DYKSTRA: Yeah, and here’s one more: a CNN report last week featured three female astronomers who all say they were harassed on the job – in the observatory – by a superior. A prominent Cal Berkeley astronomer, Geoff Marcy, has often been called the most prolific planet-finder in astronomy. But he resigned last year after a sexual harassment investigation and allegations that he engaged in inappropriate behavior, including kissing and groping. The story was originally broken on the website BuzzFeed and, by the way, Marcy wrote a public apology, saying he didn’t intend to harm anyone.

CURWOOD: Indeed. Hey, what’s on the history calendar this week?

DYKSTRA: I’ve got a dubious 50th anniversary for you. On October 5, 1966, the Fermi nuclear power plant, located about 30 miles outside Detroit, suffered a partial meltdown. A piece of metal floating around in Fermi’s containment vessel set off a series of events that led to a near disaster. Officials say there was no radiation release, and the reactor’s liquid sodium coolant didn’t explode. That’s what it does if it comes into contact with air or water.

CURWOOD: But if it had, it would have triggered a catastrophe, I believe. 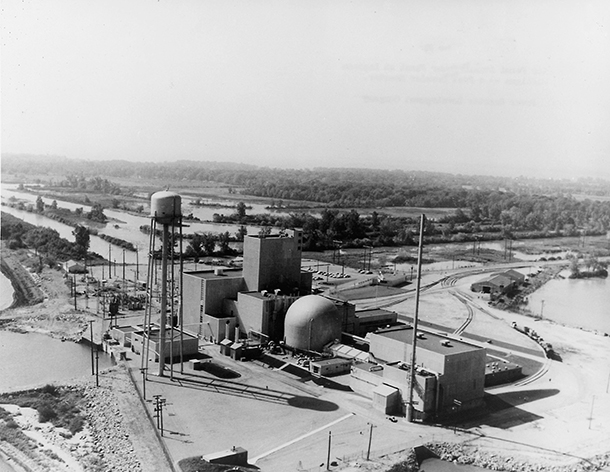 The first Enrico Fermi Atomic Power plant circa 1964 at Lagoona Beach, Michigan. The plant suffered a partial meltdown in 1966 because a piece of metal was floating in a containment vessel. (Photo: U.S. DOE, public domain)

DYKSTRA: Probably. And the Fermi incident is a milestone in the crisis of confidence that’s plagued the nuclear industry for half a century, and that’s in part because nobody ever found out about Fermi until years later. They were silent about it. The nuclear industry has years of steady operation. Then they get a Three Mile Island, then Chernobyl then Fukushima. Supporters, including quite a few environmentalists, tout nuclear as a partial fix to carbon emissions and climate change. But the public, and perhaps more importantly Wall Street, remain wary to this day.

Peter Dykstra is with Environmental Health news, that’s EHN.org and DailyClimate.org. Thanks Peter we’ll talk to you again real soon.

DYKSTRA: All right, Steve, thanks. Talk to you soon.

Living on Earth’s story on sexual harassment in parks