Elon Musk, the co-founder of Tesla motors, who is pushing a merger with home solar company SolarCity, has unveiled attractive roofing tiles that can capture energy from the sun. Along with a home battery and a Tesla electric car, these could form a complete personal power system, but Spruce Finance CEO Nat Kreamer tells host Steve Curwood that consumers will need to pay a premium for the solar tiles, and it’s not certain shareholders will think the proposed merger is worthwhile.

CURWOOD: Elon Musk is one of those entrepreneurs who’s always trying, and often managing, to create game-changing innovations. A rich man, thanks to his part in building Paypal, he’s the brains behind Tesla electric cars and SpaceX, the private company already delivering cargo to the International Space Station. And in a bid to create one stop shopping for home and mobile energy, he is pushing a merger of two companies where he is the largest shareholder: Tesla and the home solar company SolarCity. Incidentally, SolarCity is an underwriter of Living on Earth, but has no editorial input. And Elon Musk is also pointing to another potential technological breakthrough: Solar roof tiles, which he says are about as efficient as regular panels but look just like a normal roof. We called up Nat Kreamer, CEO of Spruce Finance, and Chairman of the National Solar Energy Industries Association, for his take on this new venture. Nat, welcome back to Living on Earth.

KREAMER: Thank you for having me.

CURWOOD: First, what do these Tesla solar tiles look like, and how do they work?

KREAMER: Well, the tiles from the pictures that I have seen look like slate roof and terracotta and regular asphalt shingles which really match the kinds of roofs that customers have in the markets where solar is economically attractive, and clearly these are very attractive to put on your home, and they work very similarly to a regular PV panel that you might install or you're used to seeing. 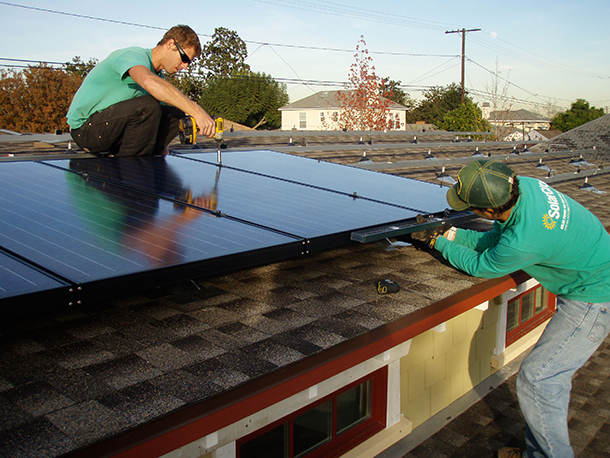 CURWOOD: So, the advantage here to using regular solar roofing material is that it doesn't look great?

KREAMER: Well, I think you're one of the challenges that we find among a certain set of consumers as they look at solar panels, and the best place to put the solar panels on their houses in a location where, frankly, doesn't look very good, and the benefit of the Tesla solar roofing is that you really can't tell the difference, and it really, I think, opens up a segment of the market to consumers who are both image conscious, thinking about what their home looks like, but also really looking save money with clean affordable solar power.

CURWOOD: Speaking of saving money, I mean, how hard on the wallet are these solar tiles going to be compared to the conventional PVs that it seems that the Chinese are making ever cheaper and cheaper?

KREAMER: I think what you've seen in last 10 years in the US solar industry is we've been able to cut costs by more than 70-percent, and today solar power globally is the lowest-cost form of energy. These tiles, I think, will be able to command a premium because they're better looking just like the same way the people pay more for technology that's got a great aesthetic. You can see that with Apple.

The question will be is how much of a premium will consumers be willing to pay for these tiles versus a standard PV, and I think that really depends on what the consumers buying motivation is. We do know that historically SunPower has produced really good looking panels and was able to extract a premium for those. So I think that people will pay more for them, but I don't think you're going to see them pay so much more that they’ll pay more for solar power than they would for their regular electricity. 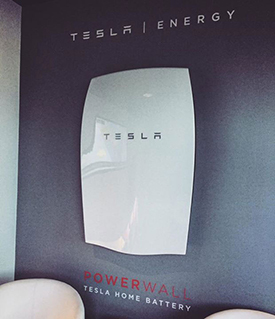 CURWOOD: Now, how economical might this solar roofing technology be for commercial buildings as well as residences?

KREAMER: I don't think you would want to use an aesthetics technology in a commercial environment. Frankly, most commercial environments have flat roofs, they're often obscured so that there's a façade in front of them that the consumer or customers who are walking into a storefront can't see the actual roofing. So, in that instance the look of the solar panel really doesn't make any difference. What really makes a difference is the quality and the efficiency and that the installation of that system and really the price of power in a commercial setting.

CURWOOD: Now solar roof tiles are just part of the Elon Musk vision. He's had this power wall which is storage for solar and I gather he's upping the ante there now, huh?

KREAMER: I think so. I think we're seeing in the storage market, start-up companies, Tesla, and then many, very large, global power, electronic manufacturers offer storage solutions. So, for example, the most robust market for residential energy storage today is Australia, and the reason for that is two-fold. Number one is over 10-percent of all homeowners in Australia have residential solar on their roof. And, two, the local utility in Australia increased the price to connect to the grid to such a level that residential storage became more cost-effective than being connected to the grid. And so what you're seeing is tens of thousands of homeowners order residential storage in the Australian market. There are many companies that are supplying that market and they include names like Panasonic, and I think you're going to see that it's a very competitive market for storage globally and that we as US consumers will benefit, really from the cost declines of that competition here and see storage become economical much sooner than I think a lot of people thought.

CURWOOD: Talk to me, Nat, about Elon Musk's drive now to merge Tesla and SolarCity.

KREAMER: I think fundamentally that the Tesla and SolarCity merger, as far as I can tell, really is bringing together a lifetime value solution which is,“Let me bring more value to you as a consumer in the way you consume energy, the way you produce energy, and the way you get transportation, and let me give you a complete bundle and a complete experience in your home. And if I can give that to you, I can bring more value to you as a consumer, on one hand, and, two, I can capture more value from you as a company.” And I think that's core to the Tesla-SolarCity merger.

I think the really big open question for me is, is now the right time and do two companies need to be merged or can they be in partnership? And I think that clearly the teams at Tesla and SolarCity have made their decision, but I see other people pursuing a similar business model and doing it in partnership as opposed to via acquisition. 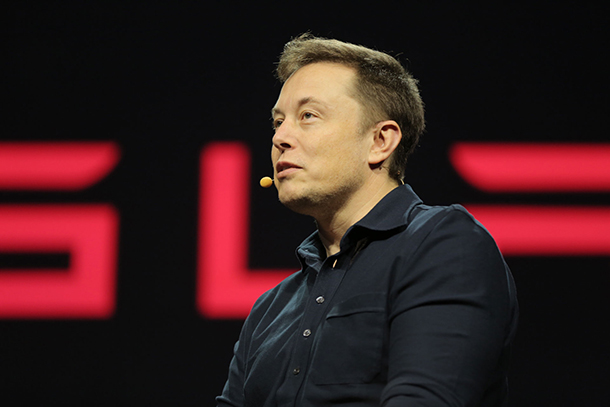 CURWOOD: So, these solar roof tiles are part of the vision, there, of Elon Musk and Tesla - SolarCity, a vision to market electric cars with the power wall home battery, and home solar energy production all together. Where you think Tesla is at right now in terms being able to deliver on that vision? In other words, where is it going to be available?

KREAMER: Well, I know that today you can buy a Tesla, and you can buy a Power Wall, and you can buy solar directly from SolarCity. I think we'll get more details on the exact availability of the roof tiles to the broad market. I think the challenge we'll find is while consumers do like technology bundles that give them more value, especially ones that are good-looking and easy to use as Tesla and SolarCity have demonstrated they can deliver in other areas, the challenge is going to be, do you want to buy all those things at the same time. 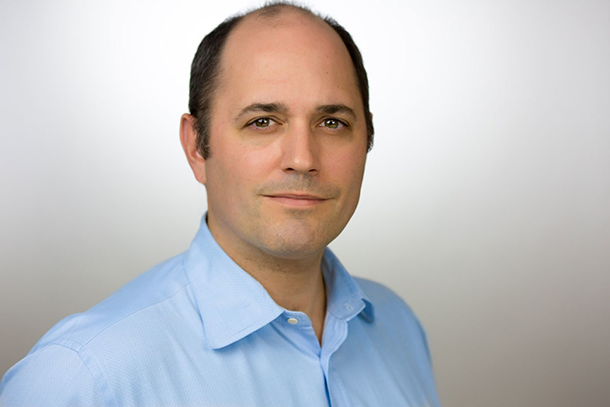 And one of the challenges that the residential solar industry has had is that the cost of customer acquisition is quite high, and one way to address that is sell more when you sell a customer one product. And I think that the open question will be, do you buy solar tiles and replace your roof when you chose to go solar? Will you go solar when you decide to buy a car? If you bought a car and a roof will you then buy solar later? It's really about consumer buying behavior and whether or not consumers will buy bundles at the same time, I think, is an open question, frankly, for the residential solar market in general but specifically for the Tesla-SolarCity vision.

CURWOOD: Nat Kreamer is the President and CEO of Spruce Finance, and chairs the Board of Directors for the National Solar Energy Industries Association. Matt, always a pleasure to talk to you and I imagine as solar advances, we'll be talking to you again soon.

KREAMER: Likewise, thank you so much again today.

Listen to Living on Earth’s previous interview with Nat Kreamer