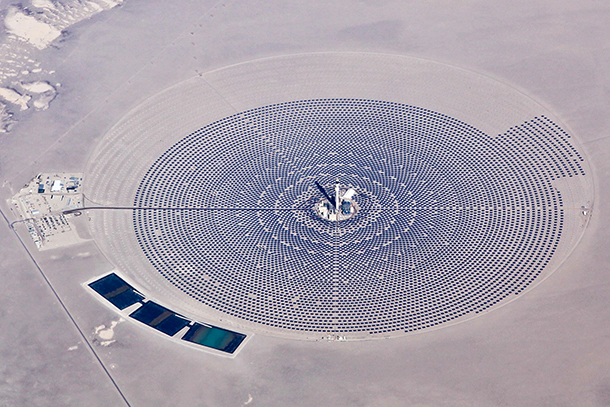 The Crescent Dunes Solar Project in Nevada is one of over 30 solar projects approved on BLM Lands since 2009. (Photo: Matt Hintsa, Flickr CC BY-NC-ND 2.0)

New regulations have been issued by the Bureau of Land Management for leasing on public lands for solar and wind energy development. The new rules are intended to make it easier for developers to get financing, and restrict leasing to lands not needed for conservation. Energy Fellow Jennifer Macedonia of the Bipartisan Policy Center spoke with Living on Earth Host Steve Curwood about the appeal of the rules to both Democrats and Republicans alike.

CURWOOD: Even as the Interior Department was canceling oil and gas leases in Montana, its Bureau of Land Management was setting new rules for the leasing of Federal lands for solar and wind energy. Federal land for renewable energy production will now be leased under terms more favorable for financing. The rules came in response to a review of sustainable energy production on public property that the Obama Administration began in 2012, though the incoming Trump Administration could block or change them, even though they have bipartisan support.

Some 14 Republican and Democratic members of Congress have endorsed the rules, so we called up Jennifer Macedonia, an energy fellow at the Bipartisan Policy Center to find out what is the bipartisan appeal of renting federal lands for sustainable energy.

MACEDONIA: Well, there is clearly bipartisan support for clean energy, and this rule shows that it's important and possible. This rule has been praised by environmentalists, some in industry, political leaders across the aisle. There were 14 House Republicans and Democrats hailed it as a win from both an environmental and economic standpoint in a letter to the Secretary of the Interior in June. So it has received bipartisan support. It's addressing both economic and environmental concerns that can raise revenue for the US as well as increased deployment of clean energy to help us all.

CURWOOD: Tell me exactly how these new rules reform the process of leasing public lands for renewable energy projects?

MACEDONIA: Sure. The main piece of it is that it brings in a competitive bidding process for renewable energy projects, and it's incentivizing that those projects occur on low-conflict land, which is land that has not already been set aside for wildlife or other uses, lands that are not going to have, for example, sage-grouse habitat or some conflict with an endangered species or other sensitive lands to be concerned about. So trying to incentive folks from doing leasing on these lands. 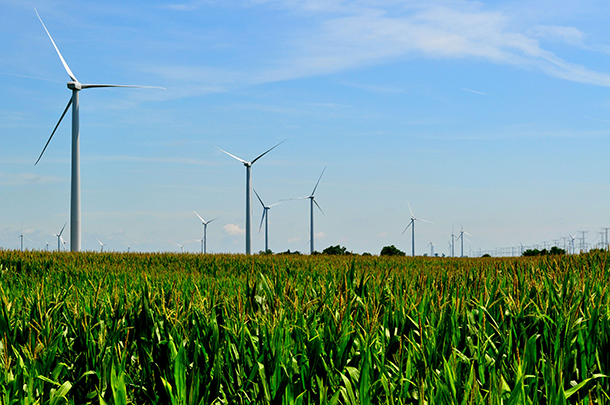 The American Wind Energy Association expressed disapproval over the new rules, claiming it offers advantages to solar that are unavailable to the wind industry. (Photo: Tom, Flickr CC BY 2.0)

CURWOOD: Tell me about the problems with leasing that occurred in the past that led to the Bureau of Land Management to have these new rules.

MACEDONIA: Well, without a competitive bidding process, someone who applies for a lease is really not...You know, whoever gets the first application in is the first one considered, essentially, for this track of land, and that's not always the best application. Secondly, because we're talking about potential conflicts with the Endangered Species Act, potentially sensitive lands, and wind and energy and solar development have complex environmental reviews associated with them to determine if there are any conflicts. So, this has tended to be a long process, it has made it more difficult to get through the process and in many cases people were more likely to look to private lands instead of public lands.

CURWOOD: Now, there's some solar and wind companies that are concerned about this rule. The American Wind Energy Association has said it will make federal land less attractive to wind developers because these rules are going to add time, uncertainty, complexity and cost to this process. How valid are those concerns do you think?

MACEDONIA: So, some in the solar and wind development industry would have liked the rule to go further in smoothing the way for renewable development on federal lands, not just in these pre-screened designated leasing areas. The rule is attempting to balance the need for time-consuming project specific reviews to protect wildlife and sensitive lands with the goal of encouraging renewable energy development. And to balance those needs, the rule settles on a dual approach where prescreened non-conflict lands get a green light, expedited process, and the rest of public lands still require jumping through more hoops.

CURWOOD: So, how likely is that the Trump Administration will see this as a useful rule and not want to roll it back?

MACEDONIA: There's a lot in this rule to like from a markets perspective. Part of the Trump energy platform is an all-of-the-above approach to energy, including wind and solar. However, Trump has said that he favors fossil fuel development on federal lands over wind, solar and geothermal, but he's not indicated that he would undo these rules. 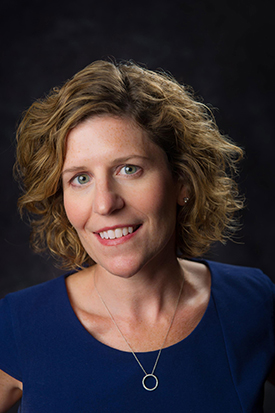 Some of his past concern over wind energy in particular and conflicts with his Scottish golf course maybe raised some concerns particularly on the wind energy side, where they need some additional steps to be put in place to complement this rule to make it really effective for deploying wind energy, but there's a lot in here in terms of making it a competitive process, which is similar to the way oil and natural gas leasing on federal lands is done. It fits into the all-of-the-above approach to energy. It fits into using market-based approaches, so there is a lot that the Trump administration should want to keep in this rule and a lot of reasons for keeping it on the books.

CURWOOD: Well, I want to thank you for taking the time with us today. Jennifer Macedonia is an energy expert at the Bipartisan Policy Center in Washington, DC. Thank you.

MACEDONIA: Thank you so much. I have enjoyed talking with you.