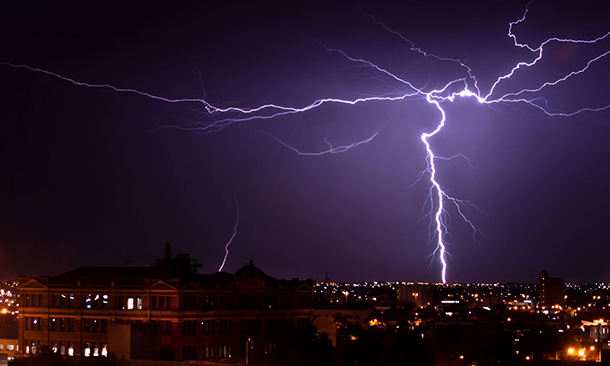 Peter Dykstra tells Living on Earth Host Steve Curwood about a bizarre incident involving asthma triggered by thunderstorms. Then, Shell’s CEO claims the Paris agreement won’t impact the company’s valuation, and in the history calendar they look back on a series of underground nuclear blast tests in Mississippi.

CURWOOD: It’s Living on Earth, I’m Steve Curwood. Time to look beyond the headlines now, with Peter Dykstra of DailyClimate.org and Environmental Health News, that's EHN.org. Peter’s on the line from Conyers, Georgia. Hi, Peter. What have you found?

DYKSTRA: Hi, Steve. Let’s start out with a new disease. It’s new to me, at least, and it has links to extreme weather events and since climate scientists say climate change will make such events harsher and more frequent, maybe climate change as well.

CURWOOD: Thunderstorm asthma? Has this ever happened before?

DYKSTRA: Yeah, it has but only in recent years. The first reported outbreak was in 1987 and it’s been reported in Europe as well from olive tree pollen in Italy, as well as other instances in Australia, though none of them have been this deadly. A few years back, a US government-funded study here in the Atlanta area found asthma attacks often increased immediately after thunderstorms.

CURWOOD: And so there’s possibly one more link between health and extreme weather caused by climate disruption. Hey, what else do you have?

DYKSTRA: Well, despite all the hand-wringing from the fossil fuel industry about how the Paris Climate agreement will wreck the economy, one big oil CEO said last week that he doesn’t think it will hurt their bottom line at all. 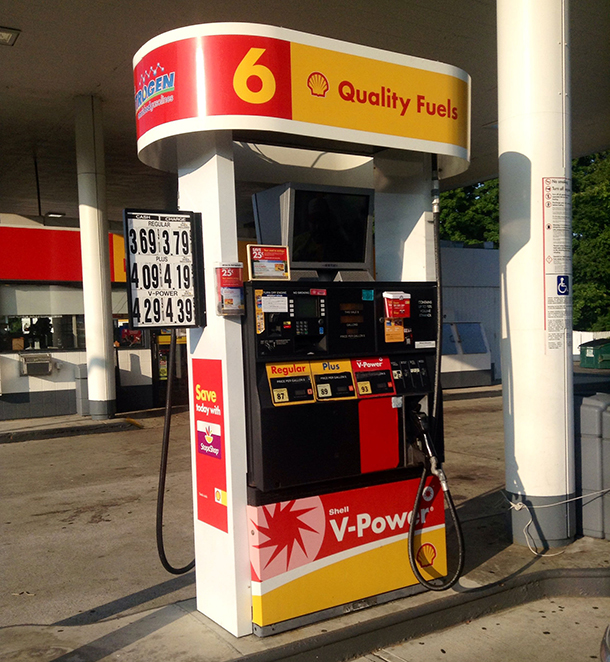 One of Shell Oil’s many gas stations. (Mike Mozart, Flickr CC BY 2.0)

CURWOOD: Well that’s kind of surprising, talking about good news for the economy and the environment?

DYKSTRA: Yes, it does kind of sound like good news, but it probably isn’t. Royal Dutch Shell CEO Ben van Beurden said Paris won’t hurt Shell’s valuation because they’ll be busy pumping every last drop of oil they own out of the ground and selling it. To be fair, unlike some of its big oil competitors, Shell has hedged its bets by investing heavily in renewable energy. By contrast, ExxonMobil has invested less in renewables than they paid their CEO in most years over the past decade, but even Exxon is beginning to look more seriously at things like fuel cell technology.

CURWOOD: Well let’s take our weekly look back at environmental history. What did you bring us?

DYKSTRA: Well, the legacy of U.S. nuclear weapons testing left its mark in several locations in the Pacific, in the Aleutian Islands, and of course there were hundreds of U.S. nuclear blasts – British tests too – at the test site north of Las Vegas. But fifty years ago this week, the second of two nuclear blasts detonated in a salt dome in Southern Mississippi.

CURWOOD: Whoa, Mississippi in the sixties…I’m thinking more of the Civil Rights movement, not the Cold War. 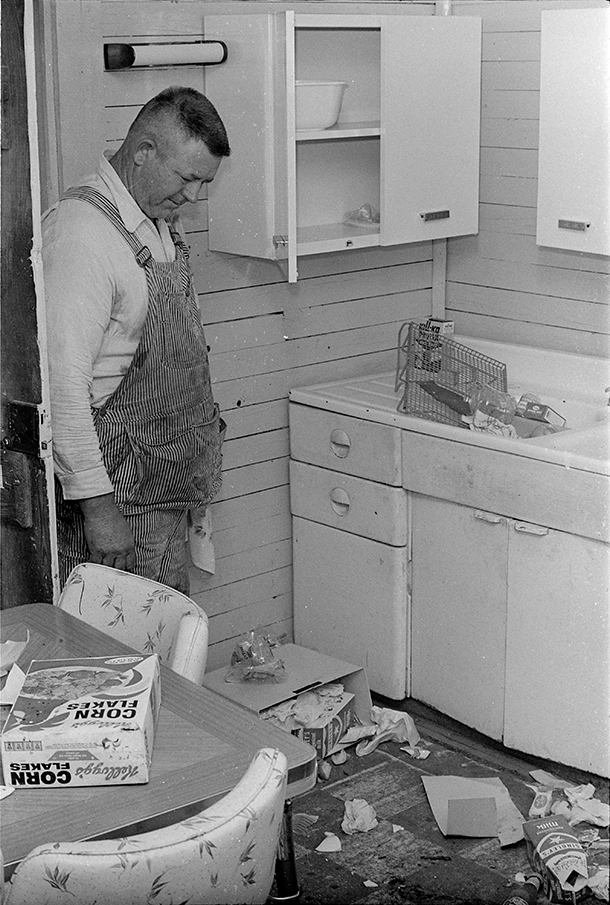 Horace Burge, who lived about two miles from the nuclear test site in Mississippi, came home to shattered dishes after the salt dome nuclear test in 1966. (Photo: Mississippi Department of Archives and History [No restrictions], via Wikimedia Commons)

DYKSTRA: Yeah, the first of the two tests took place in October, 1964 about a half mile beneath Lamar County, Mississippi. They called it Project Salmon, and its stated purpose was to turn an underground salt deposit into a huge cave. They evacuated 400 nearby residents -- paid them ten bucks per adult, the kids got out at half price for 5 bucks. Mission accomplished, they made the huge cave, but blast impact was much greater than expected on the surface. The Atomic Energy Commission received about 400 property damage claims after the blast, but they also received the thanks of pecan farmers in the area when thousands of pecans shook loose -- right in the middle of harvest time.

CURWOOD: So they got to pick pecans that year with a rake instead of a ladder, huh?

DYKSTRA: Yes, then 50 years ago, December 3, 1966, the second test took place inside the newly blasted salt cave. It was designed to be much smaller than the first blast, with a stated goal of seeing if a small nuclear blast could go undetected by other nations.

CURWOOD: So in effect, they were cheating in order to see if they would get caught?

DYKSTRA: Yeah, sort of. The U.S. conducted its last nuclear test in Nevada in 1992, but of course concerns about nuclear weapons in the hands of nations both big and small remain.

CURWOOD: As does an enormous cleanup project at nuclear weapons manufacturing sites. Peter Dykstra is with Environmental Health News, that’s EHN.org and the DailyClimate.org. Thanks, Peter. We’ll talk to you again real soon.

DYKSTRA: OK, Steve. Thanks a lot, talk to you again soon.

Reuters: “Shell CEO expects no valuation hit from climate accord”