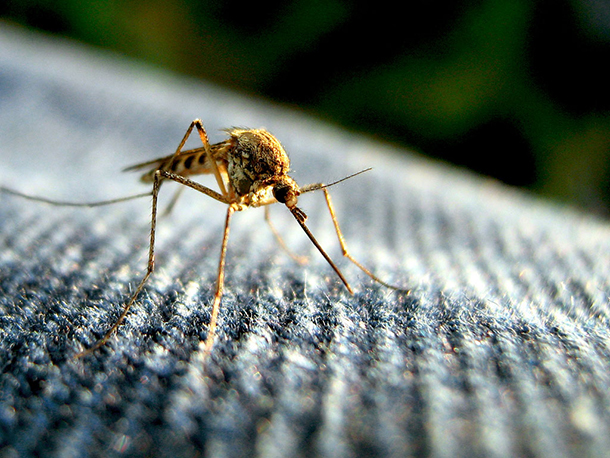 The Zika virus, which is often transmitted via mosquito, was declared a public emergency by the World Health Organization in 2016. (Photo: Tom, Flickr CC BY 2.0)

As we round out the final days of 2016, Peter Dykstra and host Steve Curwood look back at some of the year’s biggest environmental headlines, including environmental racism in Flint and Standing Rock, declining polar sea ice and rising global carbon dioxide levels. The boom in clean energy infrastructure across the globe suggests a possible renewable power future. Meanwhile environmental journalists have a vital responsibility to be watchdogs.

CURWOOD: Well, as 2016 winds down we turn now to Peter Dykstra for a look back at and beyond some of the biggest headlines of the year. Peter is with Environmental Health News, that’s EHN.org, and DailyClimate.org and joins us on the line from Conyers, Georgia. Hi there, Peter.

DYKSTRA: Hi Steve. You know, The Guardian put together a panel of scientists to name the top science stories of the year, and a few of them struck me in a kind of a good news/bad news sort of way.

CURWOOD: Okay well let’s get the bad news out of the way first.

DYKSTRA: At the start of the 20th Century, levels of carbon dioxide in the atmosphere were just under 300 parts per million. This year, they averaged about 400 parts per million and they’re still growing. The best scientific guesses are that about 350 ppm is the upper limit for avoiding catastrophic climate change in the future. But as for the present, 2016 saw all-time low levels of sea ice in both the Arctic and the Antarctic and month after month of record high temperatures.

CURWOOD: So what’s the good news?

DYKSTRA: Oh hang on, I’m not done with the bad news yet!

DYKSTRA: The Zika virus was declared a public emergency by the World Health Organization, spreading its risks of serious birth defects to 75 countries, but out of that actually came some good news. The international community showed a strong response, partly thanks to the experience gained in battling Ebola. Zika is far from conquered or even understood, but we made some progress.

DYKSTRA: Definitely. It was a banner year for clean energy as well. The price for solar and wind power continued to plummet. The International Energy Agency says the world is installing more than half a million solar panels every day, and China is putting up two wind turbines every hour.

DYKSTRA: Wow indeed! In May, the entire nation of Portugal powered itself on nothing but renewables for four straight days. Texas shattered its own wind power record more than once, and on one windy Sunday late in the year, 45% of the electricity consumed in Texas came from wind. And the first offshore wind farm in the US opened for business off Rhode Island. Like wind energy, environmental justice got a lot of attention this year after being ignored for the longest time.

CURWOOD: Yeah, that’s an important issue that gets way too little attention.

DYKSTRA: But like many things dealing with race and poverty, environmental justice is often an afterthought, and heavy industry, waste dumps and refineries still disproportionately impact poor and minority communities, while places like Beverly Hills, Palm Beach or Martha’s Vineyard stay blissfully free of smelters and coal ash impoundments.

CURWOOD: Yeah, there’s no such thing as the Park Avenue wastewater treatment facility. 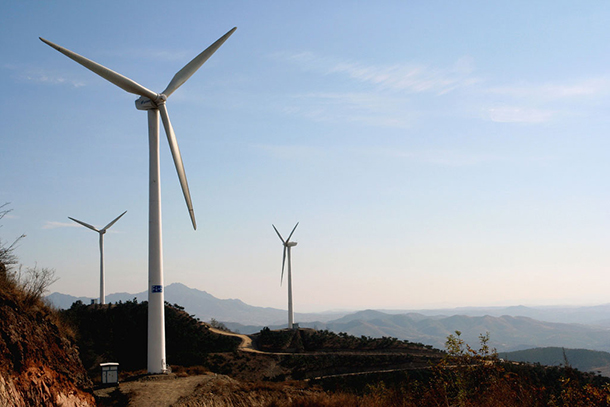 DYKSTRA: No indeed, however, this past year, two explosive stories have given new focus to environmental justice: the gross negligence of city, state, and federal officials in knowingly allowing the residents of Flint, Michigan to drink lead-contaminated water, and the resolute grass-roots opposition from Native Americans and others to the Dakota Access Pipeline that routed through sacred land and would risk the water supply of the Standing Rock Sioux reservation.

CURWOOD: Reflecting the all too typical lack of respect for Native Americans and African-Americans here in America.

DYKSTRA: Right; at least these two flagrant examples of environmental racism are getting attention. And in Flint, it was the outraged response of local citizens but at Standing Rock, it was the unprecedented coming together of Native-Americans and their supporters from every corner of the country. The national media was slow to catch on to both these stories, but eventually got the memo. At Standing Rock, it wasn’t just what the protesters did, but what was done to the protestors by law enforcement and private security forces – rubber bullets, pepper spray, fire hoses in sub-freezing weather, horses, attack dogs, and arrests -- not just of the protesters -- but even the reporters covering it all.

CURWOOD: And contrast that with the treatment of the white ranchers who staged an armed takeover of a National Wildlife Refuge in Oregon earlier in the year. The only victim was a man who resisted arrest and was said to be reaching for his weapon. And a jury refused to convict the main organizers -- Ammon and Ryan Bundy.

DYKSTRA: And I’ve got one more quick note on the lead poisoning story: in mid-December, an investigation by Reuters found nearly 3,000 US locations with lead contamination problems that are even worse than Flint.

CURWOOD: Well, bravo for Reuters, but you’ve got to ask why a news organization and not government agencies are finding such things.

DYKSTRA: And let’s have a word about government, shall we? We came into 2016 with new leadership in Canada and Australia as the last two climate-denying heads of state left standing, Stephen Harper and Tony Abbott, had been replaced. President Obama had just canceled the Keystone XL pipeline, and the world got to work implementing the landmark Paris Climate Accord. Little did we know then, that the world would swap out two medium-sized climate denying leaders for one great big one, that the Keystone XL pipeline might come back to life, and that we may not always have Paris, and even the beleaguered coal industry would be see a bit of hope.

CURWOOD: But I think just a bit. I mean it was still a lousy year for Big Coal, right? And whatever the next administration promises, surely coal’s problems are mainly due to changing economics? 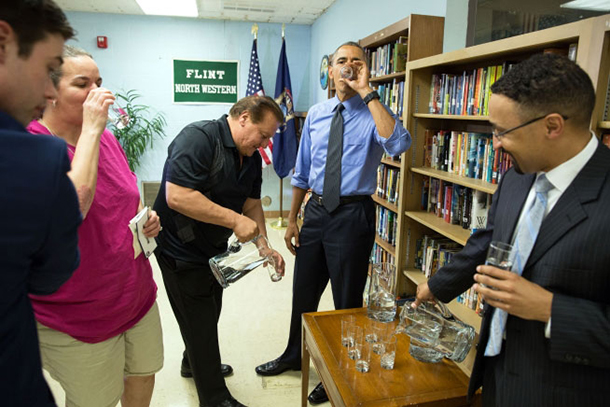 DYKSTRA: Absolutely. Natural gas is cheaper and renewables are getting there. So layoffs and mine closures abounded, coal ash and abandoned mines posed growing cleanup problems, and major companies like Peabody Energy and Arch Coal fell in and out of bankruptcy, protests and local governments blocked plans for several coal export terminals, and for the first time ever, a coal baron, Don Blankenship, went to jail over mine safety issues.

CURWOOD: And we’ll see what their man who’s coming into the White House now – Mr. Trump – can do for the industry now. What do you see as some of the challenges for 2017 after this year of tremendous change?

DYKSTRA: Well, it’s pretty clear that the environment is a more divisive and partisan issue than ever. Environmental advocates need to find a way around that – it’s a daunting task given the orientation of congress and the incoming administration. Particularly since their election success is a pretty clear message that there’s not much of a political cost for showing contempt for environmental protection. On the media side, there’s some really good, strong environmental journalism out there, but it’s not taken seriously by those in charge. It’s up to editors and news executives to rise to the challenge of all the stories to be told, and, if you’ll pardon the expression, grab them by the pollution.

CURWOOD: Indeed. Peter Dykstra is with Environmental Health News.org. That’s EHN.org, and TheDailyClimate.org. Talk to you again, Peter, I guess next year.

DYKSTRA: Thanks a lot, Steve, talk to you next year.


Bloomberg’s take on environmental news of the year

Reuters: Investigative report on lead levels in US water