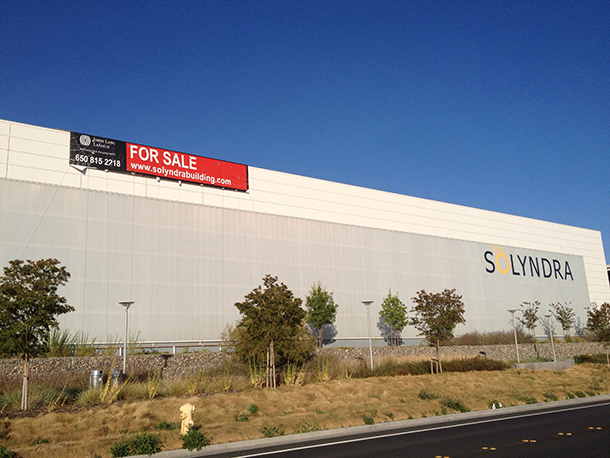 Peter Dykstra and host Steve Curwood cast an eye back over 8 years during the Obama Administration and assess some of the environmental highs and lows. Highs include the rise of renewable power and electric vehicles, as well as the Paris climate Agreement, while on the low end they note attacks on climate scientists and the continuing denial of the science that supports global warming.

CURWOOD: It’s Living on Earth, I’m Steve Curwood. Off to Conyers, Georgia, now to find Peter Dykstra of DailyClimate.org and Environmental Health News, that’s EHN.org. He’s been contemplating the Obama years as they draw to a close with a look beyond the headlines. Peter, how are you doing at the beginning of 2017?

I thought we’d use our time to look back at how the issues we cover in this show played out during the eight years of Barack Obama’s Presidency. So for now, here are some of the developments, triumphs, conflicts and face-palms on energy and climate change.

CURWOOD: Well that would be quite a bit to talk about since 2009. Tell me some of the high notes and the low notes?

DYKSTRA: Well let’s start on the upside. After decades of predictions that wind and solar energy were right around the corner, we finally got to that corner. Industrial solar arrays from utilities, and on the roofs of businesses like Wal-Mart, and residential solar is taking off, too, despite efforts in some states to side-track it. The price for both industrial and rooftop solar has dropped through the floor.

CURWOOD: All good for the solar boosters. What about wind?

DYKSTRA: Wind power’s really taken off too, particularly in some traditional oil & gas states like Texas and Oklahoma. The US and China, of course, been competing for biggest greenhouse gas emitter, but they’re also the leaders in wind power generation. When the numbers are in for 2016, it’s expected that over five percent of American electric generation will have come from the wind, and in a state like Iowa, it’s up over 30 percent of the power. And even some staunch allies of fossil fuels, like Energy Secretary nominee Rick Perry, have caught the whirlwind. But Mr. Perry’s incoming boss, Donald Trump, spent much of the Obama Era railing unsuccessfully against an offshore windfarm near his Scottish golf resort.

And it’s not just renewable energy that’s thriving, electric vehicle sales are also rising steeply as the cars’ price goes down and their range goes up.

CURWOOD: So that’s the bright side. What about the dimmer side?

DYKSTRA: Well there’s always a dimmer side. The Obama administration’s Clean Power Plan to reign in greenhouse gas emissions has faced fierce opposition from Republican-controlled states, and it will potentially be on the chopping block as Republicans take the White House. But if wind and solar soared, Solyndra fell.

CURWOOD: Ah, yes, the failed solar company that took half a billion dollars in government loans down with it.

DYKSTRA: Yeah, Solyndra became a political albatross for the administration, a big loss for taxpayers, with allegations of cronyism in how the money was doled out. But Obama’s opponents tried to turn it into a blunt instrument to discredit all renewable energy and derail any financial support for that sector. The lost half-billion dollars in Solyndra is less than ten percent of the subsidies and tax breaks doled out to the oil and gas industry every year.

CURWOOD: Yeah, Peter, and consider that also on the climate front, the Paris agreement was a big step forward. 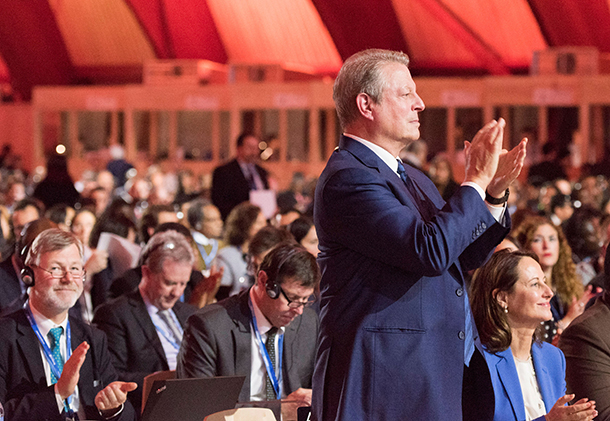 DYKSTRA: It was indeed, an international agreement that sets CO2 reduction targets for all its nearly 200 signers. According to the International Energy Agency, we’ve also had three straight years where the world’s CO2 output has flat-lined -- a big change from years and years of emissions growth. And even as climate science grew more irrefutable, and on-the-ground evidence of climate distress stared us right in the face, climate scientists continued to be attacked. And now to the surprise of many who thought climate denial would wither away, it’s come back with a vengeance.

CURWOOD: Yes, it looks like climate denial will soon have a home at both ends of Pennsylvania Avenue.

DYKSTRA: You’re right. Those attacks ranged from House Science Committee Chair Lamar Smith, who’s run a virtual inquisition on government climate science, to personal attacks on the likes of Mike Mann, the prominent scientist you interviewed here recently. Professor Mann is pursuing a defamation suit after being likened to a “child molester” for merely doing his job as a climate scientist.

And since climate denial keeps rising up like the corpse in the bathtub at the end of a horror movie, let’s stroll through a few more of the absolute lowest high points.

DYKSTRA: Well there’s Senator Jim Inhofe, who threw a snowball at the Senate President’s podium to “prove” that climate science is a big hoax and the Heartland Institute’s infamous billboards that likened climate action advocates not to a child molester, but to Hitler and Bin Laden, and Ted Kazcynski, the Unabomber.

CURWOOD: That was special.

DYKSTRA: Oh yes it was, and there was an early manifestation of what we now call “Fake News”, the thousands of stolen climate scientists’ emails, taken out of context and blown into a fake controversy that makes Solyndra look like a belch in a tornado. And, of course, Fake News’s evil twin, fake science. Some cherry-picked data that was spun into an argument that there’s been no global warming since the 1990’s, despite a parade of record-setting high temperatures that say otherwise. All of which presumably inspired Obama to become the first President to come right out and make fun of climate deniers.

CURWOOD: And it wasn’t just the White House taking steps to act on climate, right?

DYKSTRA: Correct, and hopefully they’re not too late in the game, but places like Miami Beach and Norfolk, Virginia, literally on the front lines for sea level rise, began to prepare for the worst and practice climate resilience. Even a few sea-level Republican members of Congress, like Carlos Curbelo and Ileana Ros-Lehtinen, both from South Florida, have defied their party’s stampede toward climate denial.

CURWOOD: Even as some party leaders, like John McCain, Mitt Romney, Newt Gingrich, they’ve all backed away from advocating action on climate change. Hey, Peter, we time left for one more.

DYKSTRA: Well, how about oil? President Obama had a huge change of heart about offshore drilling. In early April 2010, he said this:

OBAMA: It turns out, by the way, that oil rigs today generally don’t cause spills. 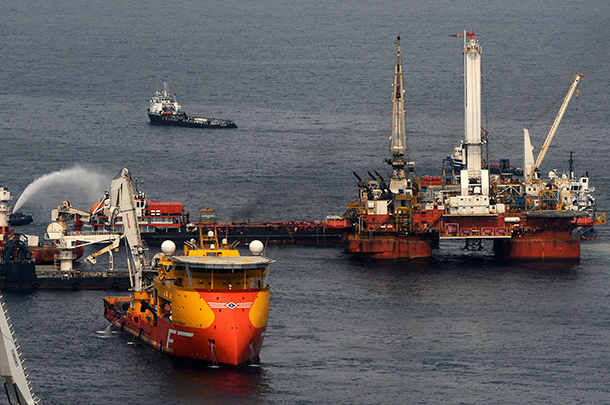 In 2010, the Deepwater Horizon oil blowout cleanup crew used a technique known as "top kill," to stem the flow of oil and gas by injecting drilling fluids down into the well. (Photo: Deepwater Horizon Response, Flickr CC BY-ND 2.0)

DYKSTRA: Three weeks later, the Deepwater Horizon oil well blowout disaster happened. Then as his term drew to a close, President Obama locked in long-term bans on oil drilling along the Alaskan Arctic and most of the Atlantic coastlines.

CURWOOD: Yeah, and I understand that he used a law that will make it hard, if not impossible, for the new administration to reverse. Not to mention that it now costs too much to drill in those areas anyway.

DYKSTRA: Well if I went over eight minutes I’d be in trouble with your producers.

CURWOOD: Peter Dykstra is with Environmental Health News, that’s EHN.org and the DailyClimate.org. Thanks Peter, we’ll talk next time.

DYKSTRA: Thanks a lot Steve, talk to you soon.