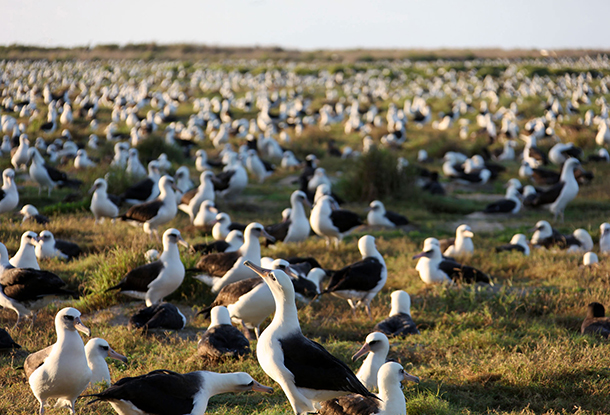 Continuing their conversation from last week, Peter Dykstra and host Steve Curwood look back at the year’s most prominent environmental feats and shortfalls, which include the Obama administration’s encounter with fake news, new chapters in the environmental justice movement and an unlikely city to turn to renewable energy for lighting up its famous nightlife.

CURWOOD: And now we’ll check in with the world beyond the headlines with Peter Dykstra of Environmental Health News. That’s EHN.org, and DailyClimate.org. From his perch in Conyers, Georgia, he’s continuing his look back over some of the environmental news during the Obama years. Hi, Peter.

DYKSTRA: Hi, Steve. I want to start with an obscure item from 2010 that some folks may not remember, or had ever heard about in the first place. The Obama Administration had assembled a task force to look at the management of the nation’s waterways. A columnist for ESPN.com wrote a piece suggesting that this was a first step toward banning all fishing, by everyone, everywhere.

CURWOOD: Huh, all fishing everywhere. Wouldn’t that have been about the dumbest political move, ever?

DYKSTRA: Yeah, it made no sense that Obama would even consider this – a man two years away from his re-election bid, angering 50 million US recreational fishermen – and commercial and rec fishing are worth about $40 billion a year each to an economy that at that time was just beginning to bounce back from crisis. Logic strongly suggests, this couldn’t possibly have been true.

CURWOOD: And as a matter of fact, it wasn’t true. So much for logic.

DYKSTRA: But the fake news about Obama’s fishing ...Wait...Let’s not call it “fake news”. “Lie: or “Hoax” would be a better fit. The fishing ban report went viral, clogging anti-Obama websites and talkshows with headlines like “Obama’s latest assault on freedom”. The Administration was forced to deny something that never really existed. But before he left office, Obama left a strong mark on oceans’ policy by joining the growing movement to create marine reserves.

CURWOOD: Oh yeah, sort of salt water versions of Yellowstone and Yosemite and Glacier and the Grand Canyon, huh?

DYKSTRA: Exactly. Chile, the UK, Australia, New Zealand, Palau and others have been on a spree of setting aside ecologically significant areas in the Pacific and also in the Indian Ocean, to protect them from commercial exploitation. Obama set aside a huge area near the Hawaiian Islands, following a trend started by President George W. Bush, whose legacy of marine reserves was one of the environmental high points of his time in office.

CURWOOD: And of course, there’s the big international move to protect the Ross Sea in Antarctica this past year.

DYKSTRA: That’s an area that’s twice the size of Texas. Twenty-four nations have agreed to protect what’s been called “the least-altered marine ecosystem on Earth”.

CURWOOD: But you know, Peter, it’s not just declaring these areas protected. Really, it’s a daunting task to make sure these vast stretches of the ocean aren’t being overfished or mined, no matter who says, “They’re protected.” 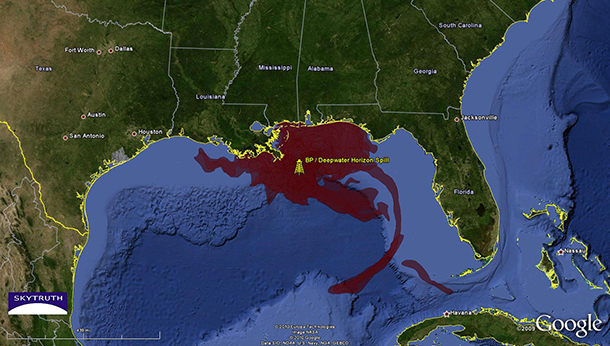 A satellite graphic of the 2010 BP Deepwater Horizon oil spill made by Skytruth, a nonprofit group working to use satellites imagery and drones to police the oceans. (Photo: John Amos, Flickr, CC BY-NC-SA 2.0)

DYKSTRA: Of course, and there’s even some good news there. Satellite monitoring for potentially illegal fishing is beginning to have an impact. A little nonprofit called SkyTruth has partnered with Google and other NGOs like Oceana and Pew to be the oceans “eyes in the sky”. Use of satellites and drones to police illegal logging, water theft, oil spills and much more has also taken hold in recent years. Next, I’ve got a little mixed news from the Obama years.

DYKSTRA: Environmental justice has been a cause and a concept since the early 1980s, but it’s always seemed to have a hard time receiving more than good intentions and lip service from official Washington. But two outrages toward the end of the Obama era helped rekindle the movement. One was how local, state and federal officials knowingly let the people of Flint, Michigan, drink lead-tainted water, and the other one was the violent official response to Native American-led protests of the Dakota Access Pipeline.

CURWOOD: Yeah, well the Dakota Access pipeline’s stopped – for now – and there have been some criminal indictments in Flint.

DYKSTRA: But the water’s still not right in that struggling city, and the focus on Flint has led to the discovery of literally thousands of other cases of lead in drinking water nationwide. At year’s end the Centers for Disease Control said they were considering making the standards for lead exposure tighter. Let’s move on to what’s happening in US cities.

CURWOOD: Yeah, there’s a lot of expectations that cities are going to step up to play a bigger role in sustainability.

DYKSTRA: Which would be particularly important because so many states are strapped for cash, and have cut environmental programs. They’ve even cut parks. And don’t get me started on what lies ahead on the federal level.

CURWOOD: No, I won’t, we’ve only got a couple of minutes, Peter.

DYKSTRA: Well, one example. Boston’s using technology to find methane leaks from aging infrastructure beneath its streets. Cities everywhere are warming to the idea of bike and walking trails, like the Beltline not too far from me here in Atlanta. But my favorite urban sustainability thing is my favorite because it comes from a city you would not expect. 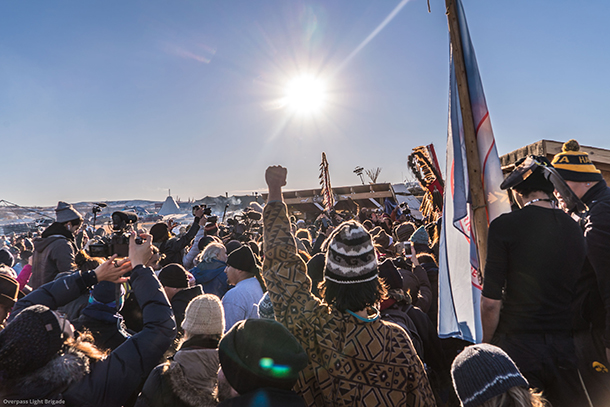 Many people from across the country came to stand in solidarity with the Standing Rock Sioux Tribe’s struggle against the construction of the Dakota Access Pipeline in North Dakota (Photo: Joe Brusky, Flickr CC BY-NC 2.0)

CURWOOD: Which would be?

DYKSTRA: Vegas, baby, Vegas! The Las Vegas city government inked a deal in December where every bit of municipal electricity will come from renewables: streetlights, public buildings, and more.

CURWOOD: But not all those bright lights and big fountains on the Vegas strip, right?

DYKSTRA: No, but it’s a start, and it’s a trend, and what happens in Vegas...

CURWOOD: No need to read back their tourism slogan, please.

DYKSTRA: OK. Let me give you one final set of numbers on the Obama Era. In the President’s first year, his party controlled both the House of Representatives and the Senate. That year, the League of Conservation Voters scorecard gave 11 Senators a zero rating for their environmental votes, and they gave 51 House members a zero. But in LCV’s most recent scorecard, covering the year 2015, the Republicans had taken control of both houses, and the number of zero-rated Senators nearly tripled from 11 to 32, while the number of environmental zeros in the House exactly doubled, from 51 to 102. 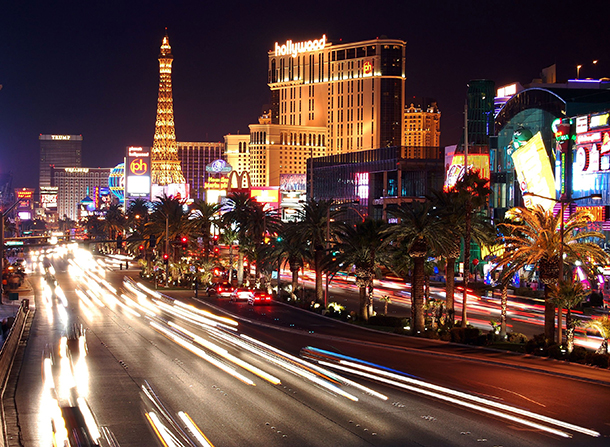 CURWOOD: Hmmm, a possible sign of things to come. Peter Dykstra is with Environmental Health News, that's EHN.org and DailyClimate.org. Thanks, Peter. We’ll talk to you again soon.

DYKSTRA: All right, Steve, thanks a lot. We’ll talk to you again soon.

CURWOOD: And there’s more on these stories, as well as last week’s, on our website LOE.org.

The League of Conservation Voters