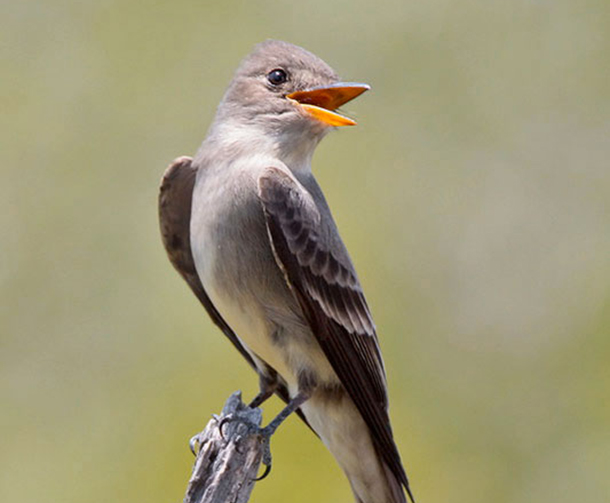 Birds can squawk, trill, or chirp, and a few whistle. As Michael Stein points out, those are often the easiest ones for humans to imitate.

CURWOOD: “Whistle and I’ll come to you” may be the title of a famous ghost story by British author MR James but usually whistling is a cheerful sound, and catchy, as Michael Stein tells us in today’s BirdNote®.

STEIN: Some of the most familiar and easy to remember birdsongs are those that sound like they could have been whistled by a human. Their quality and simplicity remind us of the sounds we can make, even with our modest human whistling apparatus.

The Olive-sided Flycatcher has one of the most distinctive and catchy songs on the continent —
[http://macaulaylibrary.org/audio/195787].

— and many birders learn early on to pick out its sharply inflected three-note song, and to imitate it [Narrator’s imitation of whistle].

The Eastern Pewee has a catchy tune too…
(http://macaulaylibrary.org/audio/191222)

…pretty much whistling out its name, pee-a-wee. A bit harder to imitate though -
[Narrator imitates.]. 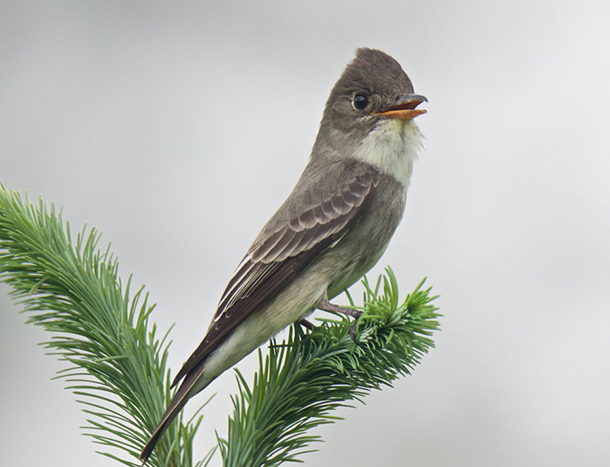 But it’s not only little songbirds that whistle.
[Northern Saw-whet Owl song, http://macaulaylibrary.org/audio/130470]

We like to think that owls only hoot, but these sound a lot like human whistles and are easy to copy.
[Narrator copies.]

Finally, here’s a bird that whistles its heart out.
[From Bird Songs of the Pacific Northwest (Keller and Vyn; a Cornell Lab publication), Pigeon Guillemot]
These shrill notes belong to a little seabird, the Pigeon Guillemot [GILL-uh-mot], cousin to the puffins, whistling over the waves along the Pacific Coast. [Repeat Keller and Vyn recording]
I’m Michael Stein. 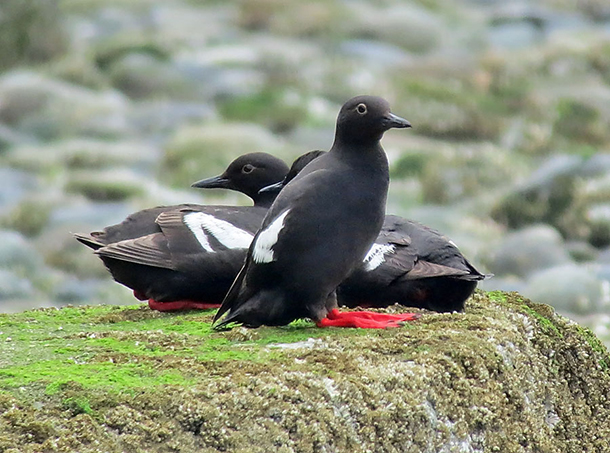 BACALL: You know how to whistle, don’t you Steve? You just put your lips together…and blow… [SOUNDTRACK, “TO HAVE AND HAVE NOT”

CURWOOD: And if you like it, you can whistle on over to our website for some pictures.

About the Olive-Sided Flycatcher

About the Northern Saw-whet Owl

About the Pigeon Guillemot