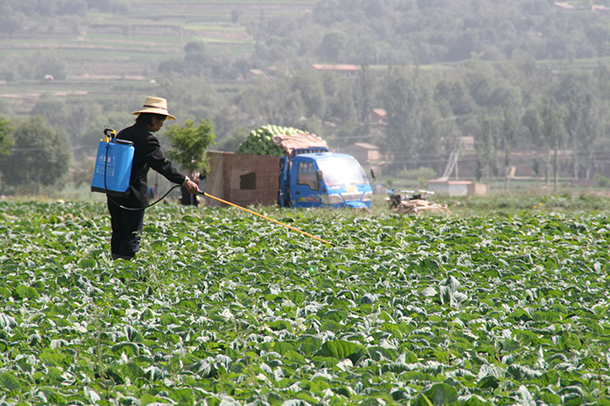 On January 18, the Environmental Protection Agency released its first nationwide evaluation of the harmful effects three pesticides have on virtually all endangered species. Host Helen Palmer spoke with the Center for Biological Diversity senior scientist Nathan Donley about the impact of this rigorous evaluation, and what comes next to mitigate the damage.

PALMER: The Environmental Protection Agency released biological evaluations of three common pesticides on January 18, finding they were harmful to virtually all endangered species.
The evaluations are part of an examination with the National Fish and Wildlife and the National Marine Fisheries Services of these widely used products, two of which have been flagged by the World Health Organization as possible human carcinogens. To explain the importance of the evaluations, here’s Nathan Donley, senior scientist at the Center for Biological Diversity. Welcome to Living on Earth Nathan.

DONLEY: Thank you so much for having me.

PALMER: Now, tell me a bit more about these pesticides. What are they, and what are they used for?

DONLEY: Yes, so these three pesticides - Chlorpyrifos, Malathion and Diazinon - they are what's called organophosphate insecticides. They are insecticides, meaning they target insects and pests, but they are organophosphates which means they target the neuronal pathways in insects that happen to be present in almost all animals. So, they are just as harmful to mammals, fish, and other organisms as they are to insects.

Chlorpyrifos is used on everything from watermelons to wheat to soybeans and apples, and Malathion is used on many different crops as well. Malathion is a little bit different too because it is also used to kill adult mosquitoes, so it can potentially be sprayed over vast swaths of the country where there are mosquito abatement programs.

PALMER: So, these biological evaluations from the EPA, these are definitive evaluations. How important are they? 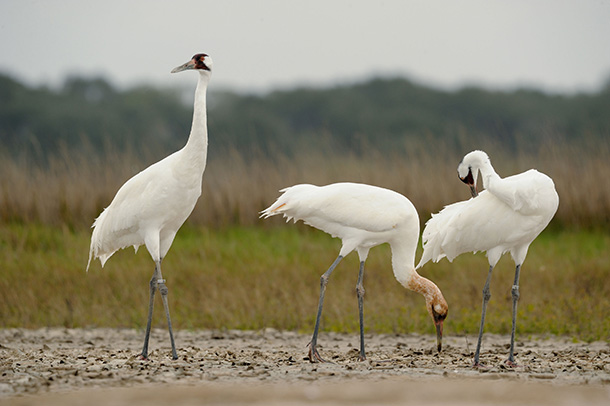 The Whooping Crane is among thousands of endangered species found to potentially suffer from exposure to pesticides. (Photo: U.S. Fish and Wildlife Service, Flickr CC BY 2.0)

DONLEY: They're very important. So, what the EPA found here is that nearly all of the nation's endangered species could potentially be harmed by Chlorpyrifos and Malathion, and three-quarters may be harmed by Diazinon. So, this analysis has really been years in the making and was a collaborative effort between the EPA, Fish and Wildlife Service, National Marine Fisheries Service and the USDA, and what these agencies did was follow the recommendation of the National Academy of Sciences in designing a process to accurately assess risk to individuals of many, different, endangered and threatened species. So, the next step in the process will be the determination by the Fish and Wildlife Services of whether the harm to individuals that the EPA has found in the current analysis will be enough to push the population towards extinction.

DONLEY: So, what they analyzed were the current legal uses of the pesticide, and what they did was they looked at the species' range, and then they overlaid a map of where these pesticides can potentially be used and identified which species' range overlaps with the potential use sites. And then they went back and looked at the peer-reviewed literature and they also looked at studies done by the pesticide companies to look at how toxic these chemicals are to different taxa of animals and plants and identified whether those safety thresholds were exceeded.

PALMER: Give me some clue of the kind of species we're talking about. I mean it's 97 percent of all endangered species.

DONLEY: Right. So, it's most of them. 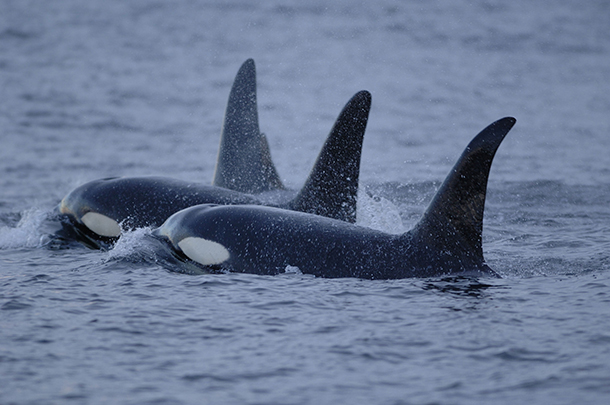 An unlikely species the EPA found to be adversely affected by pesticides is the killer whale (Photo: National Oceanic and Atmospheric Association, Wikimedia Commons public domain)

There's obviously some animals that didn't make the list, you know, for instance, the Polar bear and the Beluga whale, but this analysis did find potential harms to, for instance, the Whooping crane, the West Indian manatee, the Gray wolf, the Miami Blue butterfly, and interestingly some unexpected species were also found to be harmed. For instance, the Killer whale was found to be affected by these pesticides which logically doesn't really seem like an organism that would have much exposure to these farm chemicals; however, this harm was not due to direct contact, but because these chemicals are extremely harmful to salmon, which the Southern Resident orca relies on for food. So, you can get a sense of how in-depth this analysis went, and the EPA and Fish and Wildlife really deserve a lot of credit for putting it together.

DONLEY: Well, you know what, this is the first time they've really looked at harms of pesticides to endangered species nationwide. So, there's really not a whole lot of history to base this on, but you know, to tell you the truth, there will probably be some low level measures designed to make sure that these pesticides don't make their way into endangered species’ habitat, but this will likely only have a very minimal impact on agriculture. 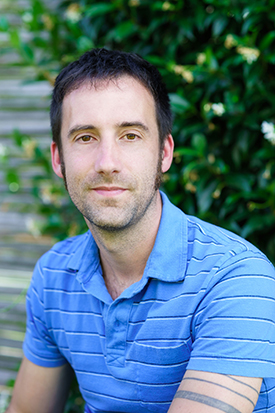 Nathan Donley is Senior Scientist at the Center for Biological Diversity (Photo by: Lester Tsai)

And what needs to be stressed is it that this analysis by itself is really not going to result in bans on any of these pesticides. You know, harms to endangered species are really easily dealt with. Just stop using them where these species exist. For most of these imperilled species, this does not cover a whole lot of area, unfortunately, and, from our view, making small concessions on where these chemicals can be applied is more than reasonable; otherwise, we could lose these amazing creatures forever.

PALMER: During the EPA review process, several agricultural groups - and these range from The Cranberry Institute to the California Fresh Fruit Association - commented that these pesticides are actually invaluable for their business, that they really need them. Do you think that's true?

DONLEY: Well, you know what? Our agricultural sector has become addicted to pesticides, and that's really the only way that a lot of farmers know how to farm. I do not believe it's true that we need these toxic pesticides to grow our food, but, until we have really major changes in the way we grow food in this country, that's going to be the talking points used by some of these industry groups.

PALMER: Nathan Donley is senior scientist at the Center for Biological Diversity. Thanks so much for giving us the time today.

The CBD press release on the EPA findings

EPA’s response to comments on the review process