Passing Up the March for Science 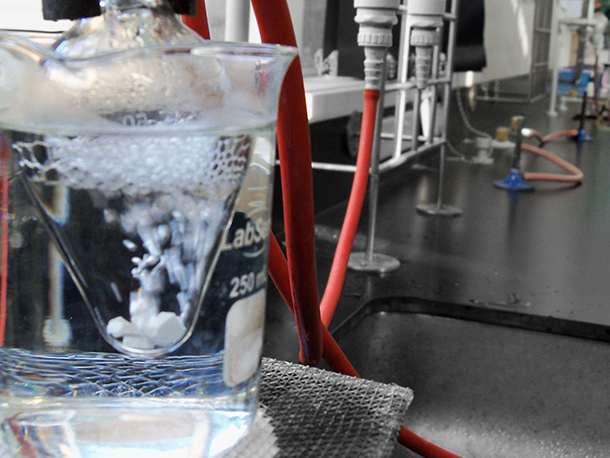 One objection to the March for Science is that it mixes science and politics in a way that confuses rather than clarifies the role of science in society. (Photo: Kiran Foster, Flickr CC BY 2.0)

The March for Science recruited students, researchers, professors and other science-enthusiasts from across the country. But some decided to opt out of the event, including Dean Robyn Hannigan of the University of Massachusetts School for the Environment, where Living on Earth is based. Dean Hannigan shared with host Steve Curwood her concerns about the problems and outfalls she sees in a politicized march for science.

CURWOOD: We’ve just heard Kathleen Rogers of the Earth Day Network describe why this year’s Earth Day celebration is combined with a March for Science, but not everyone is impressed with that notion. For a different perspective we turn now to “Green Dean,” Robyn Hannigan. She’s the Dean of the School for the Environment at the University of Massachusetts, Boston, the home of Living on Earth.

HANNIGAN: Thanks, Steve. Thanks for having me.

CURWOOD: So, Robin, talk to us about your background. You're a scientist. What brought you into this field?

HANNIGAN: So, I grew up in Narragansett, in Rhode Island, and what brought me in was a graduate student at the University of Rhode Island. She was doing her PhD in the early 1970s, and she let me, when I was a little kid, collect mussels and barnacles for her research. I came from a low-income background, mixed heritage. College was not an option. I would be lucky to get through high school, and had it not been for that grad student turning me on to the possibilities of science, I never would have gone to college, let alone get a PhD.

CURWOOD: So, I understand you don't think scientists marching in protest is such a great idea. Why?

HANNIGAN: Well, that's a broad swath of what I think. I believe that politicizing science is a difficult thing, is a complex thing, and I don't necessarily want to see science, which is simply a way of knowing about our planet and ourselves, politicized in a way that doesn't actually change anything.

CURWOOD: I think people are concerned that scientists are getting fired at the EPA, that the scientific budget is getting slashed. That's what they want. They would like to have things go forward.

HANNIGAN: So, I think in that case you're not marching for science, you're marching for the support of federal science, and that requires that we step up and do what other countries have done, and that is change the constitution and amend it so that our planet itself has some rights. That, I could get behind marching for.

CURWOOD: So, why do you think people are, in fact, organizing to march for science? What's the catalyst? Why weren't we doing this before?

HANNIGAN: I think the catalyst now is that you do have an administration that appears to be more proactive in changing the way in which science is used to inform decision-making, and I think that that brings forward a concern. The fact that we haven't been present before is more alarming to me, that we haven't in the past several decades stood up and been counted, that we haven't been a stronger voice in the federal and the state legislature in the towns and the municipalities, in the school systems. All you're seeing today is a reflection of the fact that we've been sitting down and being absent for the past 20 to 30 years. 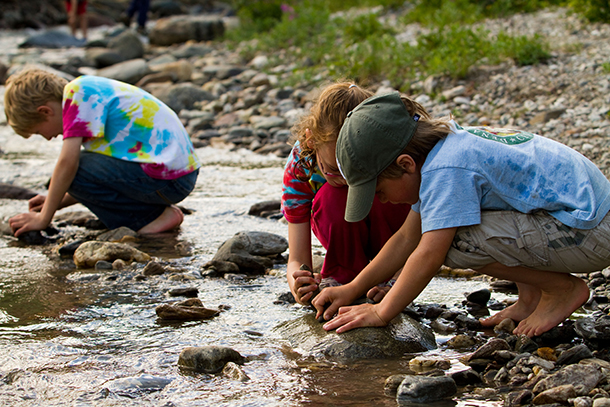 CURWOOD: What are some the signs of being absent from the science discussion over the past 20 or 30 years? What are the issues, the scientific approaches that we've missed from your perspective?

HANNIGAN: Well, the renewable energy sector, I think. There were certainly scientists and engineers calling for the fact that renewable energy was an opportunity both for economic development, for scientific discovery, and we worked very closely with industry to advance that sector, but we didn't engage in the decision-making process. We weren't engaged in our municipal and our state and our federal legislatures in a way that engendered confidence and that engendered the funding necessary to expand that sector. So, we relied very much on our private industry partners, which was at the time the only option, but had we been standing up for science all along we might've been inserted in the conversation earlier which would've engendered funding for that sort of research and changed the trajectory that we're currently on.

HANNIGAN: I think if we genuinely see an erosion of regulations to protect human health, then I think we need to stand up, and we need to fight. I think if we see a change in the standards by which we teach K-12 and an elimination of science as one of disciplines that we center on, then we stand up, and we fight. Right now, I think we need to be more informed and more engaged at the local level to prevent those things from happening.

CURWOOD: Now to what extent do your concerns about the March for Science, the Earth Day March for Science reflect a concern that you think that science might get identified with one part of the political spectrum or the other?

HANNIGAN: Well, I mean, I think because it's a response to what's happening in our current administration, it's easy to politicize it and say, “Well, you know this a liberal, elite response to what's going on in the conservative party.” My biggest concern is that you're going to have this turnout of scientists and people who are concerned about science on Earth Day and then they're all going to go away. They're not going to stay engaged. There's no legislative action that going to be following this, so I don't know if you can sustain the momentum of something that I think is critically important. 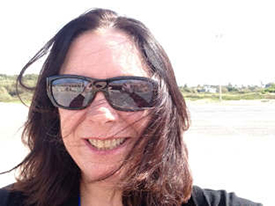 Geochemist Robyn Hannigan is Dean of the School for the Environment at the University of Massachusetts, Boston. (Photo: Robyn Hannigan)

CURWOOD: So, to be clear. If you were the president's science advisor right now, you would be telling him to put back all those scientists that they want to cut at these various agencies and then what more would you tell them?

HANNIGAN: Well, I don't know that I would say put them all back. You need to have a much more considerate and thoughtful conversation about that, but I think that I would definitely say that the things that resonate, what appear to resonate at least with this current administration is economic growth, economic development and opportunity, a fair voice and a fair share, and all of those things will be fostered by a strong science and technology education and research and development cluster, and so, by disinvesting in science, that you might politically disagree with, you're also losing all of the value adds science that comes along. I think if you just look at NASA and what the space race did for science in general. A lot of the things that came out of that space race has nothing to do with what was going on in terms of space travel but genuinely impacted people's lives both in terms of medicine and technology. So, I would encourage the current administration to be more thoughtful about where they do invest in science and technology, but to not disinvest. It would be foolish.

CURWOOD: Robyn Hannigan is the Dean of the School for the Environment at the University of Massachusetts, Boston. Thanks so much for taking the time with us today, Robyn.


New York Times: “The March for Science: Why Some Are Going, and Some Will Sit Out”

About the March for Science