Alaskan Bears and Wolves Under Gun 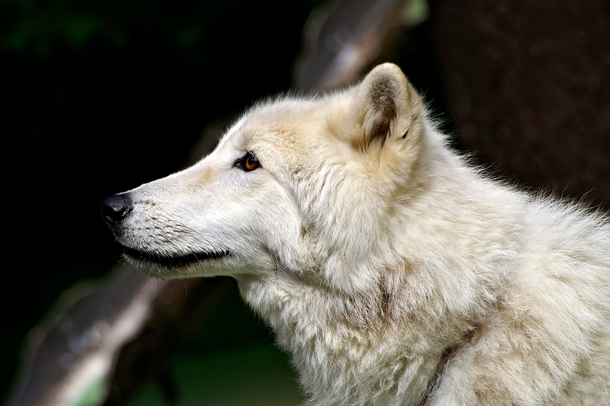 Among the wildlife in Alaska affected by the repeal of the Wildlife Refuges Rule are wolves, which can be hunted under certain circumstances. (Photo: Michael Krish, Flickr CC BY-SA 2.0)

CURWOOD: One of the Obama administration rules that Republicans have repealed using the Congressional Review Act imposed restrictions on the hunting of predators, including bears and wolves in National Wildlife Refuges in Alaska. Restrictions still remain in national parks, but now Alaska rules govern predator hunting in the refuges, rules that are designed to help hunters by reducing the number of predators that take game such as deer, moose and caribou. Tensions are high on both sides of this issue, and the Center for Biological Diversity is challenging the legality of the repeal, saying that the law requires regulation of refuges benefit nature, not hunters. The repeal effort was led by Alaska Republican Congressman Don Young, himself an avid hunter. Erica Martinson is an Alaska Dispatch News reporter in Washington DC, and she joins us now. Welcome, Erica.

MARTINSON: Hi. Thanks for having me.

CURWOOD: So, first of all tell me what is this Wildlife Refuges Rule, and what does it do or rather what did it do?

MARTINSON: Well, it gave the Fish and Wildlife Service ultimate control over hunting regulations on refuges and near refuges and what reason they are allowing and when they allow hunting of bears and wolves.

CURWOOD: Now, how come Alaskans are so upset by this rule that they filed a bill to get it repealed and got it repealed?

MARTINSON: Well, on some level for many, it's an argument over state's rights over who gets to be in charge. On others’, it's about something they call predator control, the Board of Game in Alaska wants to allow at certain times the hunting of wolves and bears in order to keep the populations of moose, deer and caribou up so that people who want those animals will have animals for meat. The federal government isn't in favor of that, isn't in favor of bolstering populations for hunting reasons.

CURWOOD: So, supporters of the federal rule said that it stopped the killing of wolves and pups in the their dens, the killing of bears from aircraft and shooting at grizzlies at baiting stations. How accurate is that picture, and to what extent would the repeal cause an increase in these activities at all?

MARTINSON: It's hard to tell. There's a lot of hyperbole on both sides on this, but overall there hasn't been much predator control activity on refuges. It's often near, in the near areas, and the shooting from helicopters is pretty rare. There was one instance a few years ago on a certain island that's part of a maritime refuge, but all in all there's about 1,100 wolves are killed every year in Alaska, and about 12 percent of those come from predator control. So, it's going to be a much smaller amount that are affected by this especially since this only impacts refuges, and not state lands. 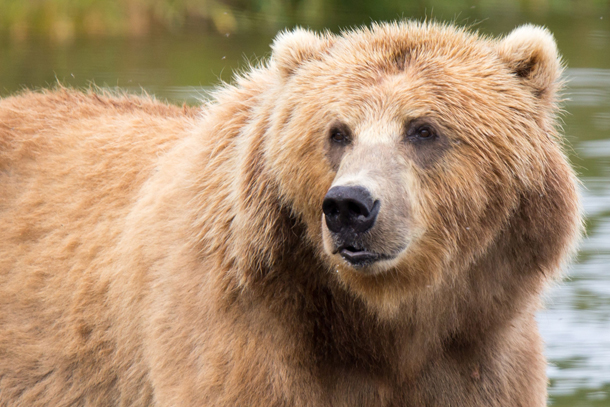 CURWOOD: What was the scientific basis of the federal regulation?

MARTINSON: Well, it's more statutory basis. The Fish and Wildlife Service argues that their statutes and law requires them to control for the environmental balance and not for predator control. And Alaska state legislation gives the state to control for maximum yield for hunters.

CURWOOD: So, to what extent do Alaskans want local control of Fish and Game regulations turned over to the state, get the feds out of the business.

MARTINSON: I mean, as with everything, it depends on which Alaskans you talk to. I think that there are plenty that were in favor of the federal regulations and plenty that were opposed to it, you know most often these federal Fish and Wildlife regulations were set by federal workers in Alaska, so it's a decades-long history of disagreement over this in the state.

CURWOOD: By the way, no one's ever sued to try to stop the use of the Congressional Review Act. It's been used only a few times. What do the lawyers tell you about the odds of the folks who are suing, the Center for Biological Diversity. What do lawyers say their odds of success might be here and why?

MARTINSON: Well, I think, it's hard to tell. As you said, it's not been used. Actually, the Congressional Review Act has only been used once since it was passed during the Clinton administration. In 2001, George W. Bush signed a resolution overturning an OSHA rule on repetitive stress injuries in workplaces and since then it's never had the alignment of one party having the House and Senate and also the Presidency and having just turned over from another, which is sort of what's required. But since then I think it's 13 CRA resolutions have been signed by President Trump. There's quite a few regulations that have been overturned long-time, and some of these were ones that were issued at the very last minute and most were in the making for years. And I think that there's probably a constitutional question there, and I would think that Center for Biological Diversity is trying to set themselves up for a good option by going through the Ninth Circuit which tends to be more amenable to environmental concerns, but their hope has got to be ultimately that this would move up to the Supreme Court, which could take years; so, we'll have to see.

CURWOOD: So, in this particular rule, the Center for Biological Diversity arguing that this rule was done over many, many years and isn't really just the product of the last 60 legislative days -- I think that's the rule for the Congressional Review Act.

MARTINSON: It was issued last summer... actually there's a very similar, nearly identical rule issued by the National Park Service for National Parks in Alaska that has not been overturned because it was just issued too far back a year ago. So, it's certainly not something that was done at the last minute or with the intent having overturned, but I think the key to it, what they're arguing is that it's a blunt instrument, the Congressional Review Act. Anytime you overturn something using the Congressional Review Act, nothing substantially similar can never be passed again. It means there's no chance for the Fish and Wildlife Service to tweak this rule or do something similar. It means that they've lost all ability to write any kind of regulation about this.

CURWOOD: By the way, Erica what are some of these refuges in Alaska which will now have this change in rules?

CURWOOD: So, if I understand this right, Kodiak is famous for the biggest of all grizzly bears, the Kodiak bear, so this rule change means that perhaps people could go and shoot these bears where they weren't able to do so before, huh?

MARTINSON: Potentially in the future, I mean, the Alaska board of game still has very significant rules for hunting all over Alaska and this doesn't wipe out the existence of hunting rules entirely. People aren't allowed to just hunt whatever with these actions. It just sort of alters the lay of the land for how they decide each year's hunting allotments, who can hunt where and what.

CURWOOD: So how much of a big deal has this been in Alaska? How vociferous has the public debate been on this, and what's the feeling now that it has been resolved this way?

MARTINSON: People are broadly happy to see the state get control over something that they felt was taken away by the federal government. There was certainly broad agreement amongst Alaska's Congressional delegation, not only with Congressman Young, but Senators Murkowski and Sullivan were both very much in favor of this rule, though I do think there are thoughtful Alaskans that disagree and will continue to over time. That's something Alaskans do a lot.

CURWOOD: Erica Martinson is a reporter for the Alaska Dispatch News. Erica, thanks so much for taking time with us today.

Center for Biological Diversity press release on the lawsuit