At ExxonMobil’s 2017 Annual Meeting, shareholders voted 62% to call on the world’s largest oil company to report the impact of international climate policies and threats on its business. Andrew Logan of the nonprofit Ceres tells host Steve Curwood that this historic decision is part of a broader shareholder movement of fossil fuel companies, as most countries embrace policies to limit climate change.

CURWOOD: Well, despite President Trump’s decision to pull the US out of the Paris climate agreement, investors in the oil giant ExxonMobil have raised the ante for climate action. ExxonMobil shareholders recently handed a stunning defeat to management at its recent annual meeting, voting by some 62 percent to call on it to reveal its climate-related risks. A similar shareholder resolution last year won just 38 percent of the vote.

So we called up Andrew Logan, Director of Oil and Gas programs at the nonprofit business sustainability group Ceres for some insights. Welcome back to Living on Earth, Andrew.

CURWOOD: So, how significant is this? What does it exactly call on Exxon to do?

LOGAN: This is historic. I mean, this year for the first time, we're seeing investors cast majority votes calling on companies in oil and gas and power sectors to assess and disclose how they're preparing for a low-carbon future. So, prior to this year, I would say a vote in the 30 percent, 40 percent range would be considered over the top, but now we are seeing a majority vote at companies ExxonMobil to Occidental to PPL.

CURWOOD: So, what do you think Exxon will do now that the shareholders have voted this way? 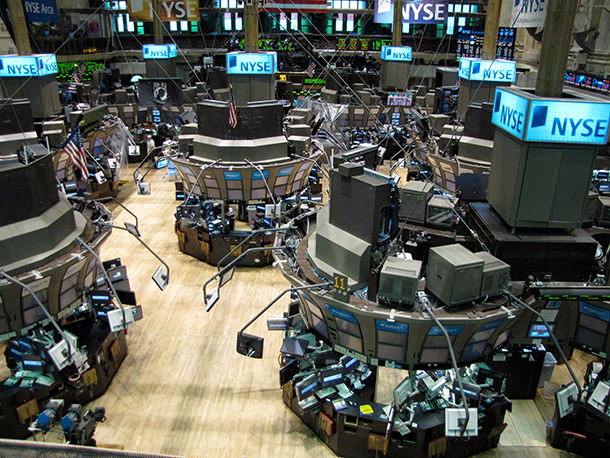 LOGAN: Well, I mean they clearly have to do something, and it's not just because the vote was as high as it was -- That's obviously significant -- but that the very largest owners of Exxon stock … So, the three largest holders of the company all voted in favor the proposal. So, I think that it is very hard for a company, even a company as large and stubborn as ExxonMobil to go against its core investors in that way.

CURWOOD: So, Andrew, why was there a big jump in support for the shareholder resolution calling on Exxon to analyze its climate costs compared to last year's vote which was down around, what, 38 percent?

LOGAN: So, what we've seen is that the very biggest investors in this company and in most companies -- I mean BlackRock and State Street are the largest investors in almost every company on Earth just because of their size -- They have now come to see climate change as not just an environmental issue, but really as a material financial issue. And so, they're now voting in support of these proposals in a way that they hadn't in the past. And what's interesting about the three funds, BlackRock, Vanguard, and State Street is they are largely index funds, which means they can't sell the stock. They're stuck with it in perpetuity. And so, if you're stuck owning stock until the company goes away, you have a very strong vested interest in making sure the company sticks around as long as possible.

CURWOOD: Now, this vote by Exxon shareholders came after an investigation into what Exxon was telling investors about its climate risks. That was done by Inside Climate News in collaboration with Columbia University and also the Los Angeles Times, and now I guess Exxon is still under investigation by several states attorneys general for potentially misleading shareholders about climate risk to the company. To what extent do you think that publicity played a role in the way that shareholders voted on this resolution?

LOGAN: I mean, it's a good question, and it's a bit hard to say, but certainly Exxon's history on climate change has not done much to build trust with investors. Sometimes a vote is as much about how much investors trust management as it is about the issue under question. So, I think one way to look at the vote today is that investors by and large don't trust this company and the way it's being run. 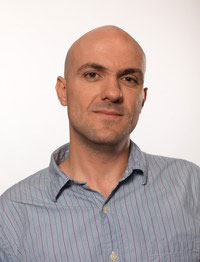 Andrew Logan is the director of the Oil & Gas and Insurance Programs at Ceres. (Photo: Ceres)

CURWOOD: It's annual meeting time, and Exxon isn't the only major oil company, fossil fuel energy company, where shareholders voted to pressure to analyze climate risks. We have Occidental Petroleum and PPL, which is the largest utility in Pennsylvania. There were also majorities for similar resolutions there. What's going on?

LOGAN: I mean, I think what's going on is we're witnessing a historic shift in how investors look at climate change and climate risk. Occidental and PPL were the first majority votes for these kinds of proposal that we've seen. So, I think what's happening is that the biggest investors in the world are now wanting to challenge their largest holdings around what is now seen as a core financial issue in climate change, and that's a very different place than we were even a couple of years ago.

CURWOOD: Andrew Logan is Director of Oil and Gas Programs at the nonprofit Ceres. Andrew, thank you so much for taking the time today.

LOGAN: You're quite welcome. Thank you for having me.