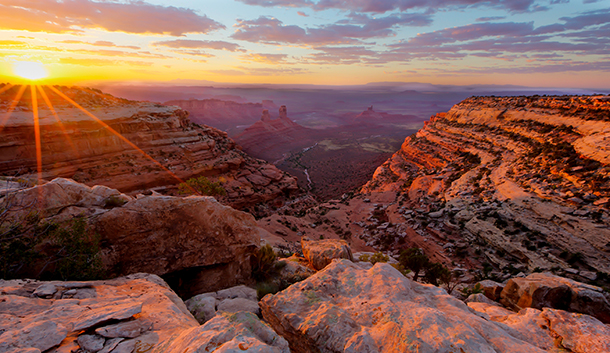 The Trump Administration has fired another shot in the long-smoldering Sagebrush Rebellion, this time with a preliminary recommendation from Interior Secretary Ryan Zinke that the 1.3 million acre Bears Ears National Monument should be shrunk and perhaps fragmented.

Since the 1970’s rightwing activists and lawmakers in the Western States have called for more state and local control of the vast federal acreage in the region, seeking more access for mining, drilling and cattle grazing. And when President Trump came into office he ordered a review of all national monuments decreed since 1996. There are racial overtones. President Obama created Bear’s Ears monument at the end of his term in response to concerns of Native Americans who have deep spiritual and cultural ties to the area.

Tracy Coppola, a Senior Legislative Counsel at Earthjustice joins us now from Washington D.C. Welcome to Living on Earth Tracy!

COPPOLA: Thanks so much for having me.

CURWOOD: First, from your perspective, why is Bears Ears National Monument of particular importance?

COPPOLA: When you think about Bears Ears, you just think about how sacred that land is. It has a remarkable amount of archaeological, cultural sites, over 100,000 Native American treasures, ancient dwellings, pre-historic ruins. It's an amazing place to recreate and to really celebrate public lands, so this is very much a treasured land that I think we all love and celebrate. 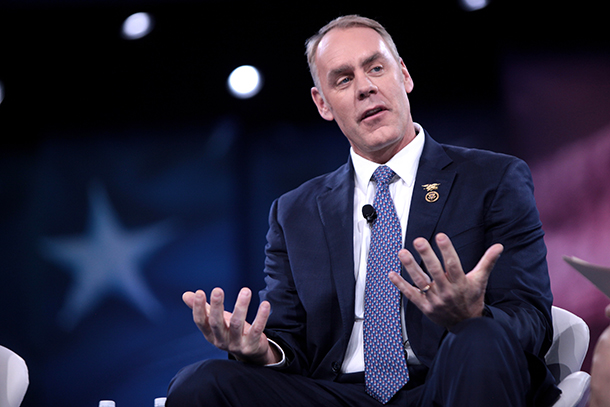 COPPOLA: This was clearly a political strategy on the Trump administration. They had been hearing from the Utah delegation who really didn't want to see this land as a National Monument. Definitely there are industry interests that are chomping at the bit to tear apart this land. Certainly, what the president and his administration wasn't looking at was, all the folks on the ground and of course the historic partnership of the intertribal coalition that wanted to see this land protected.

CURWOOD: Now, some folks in Utah would say, “Wait a second. There's a lot of protected lands in this general area.” There's Grand Staircase. Escalante, that's a National Monment. You go north of there, there's Capital Reef, that's a national park. How fair is that assessment by the locals there in Utah that there's just too much land being protected?

COPPOLA: Well, when you think about Bears Ears, you look at what would this land be without the national designation, and the sacred value of this land can't beat overstated. I mean, this is home to ancient cliff dwellings and Native American cultural sites and, not to mention, wildlife, but also it was being looted, there was grave robbing, vandalism. So, it desperately needed protection. 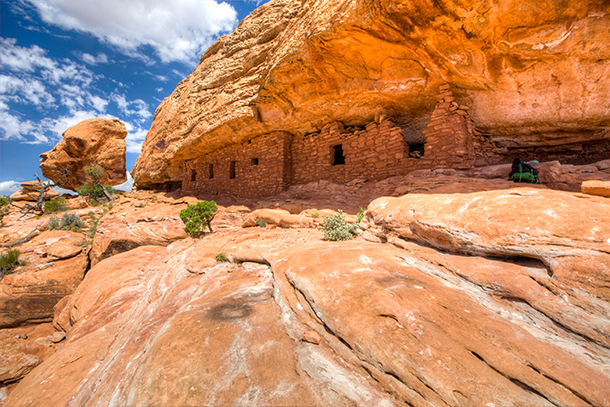 CURWOOD: So, Secretary Zinke says he's not recommending that President Trump try to revoke the National Monument status of Bears Ears, but rather that it should be "right sized". What does that mean exactly? What's he talking about?

So, this not only would be very tragic for Bears Ears and the stakeholders and the tribes that have fought for years for this designation, but really it would be an affront to all public lands lovers and really all Americans because this is all our land.

CURWOOD: So, what kind of precedent is there for shrinking or removing a National Monument?

So, this entire process, which really has been a very strange process in that the Bears Ears National Monument -- We only had 15 days at first to comment. That's an incredibly short time for a National Monument comment. It really is an unprecedented time -- and so far between EarthJustice and several other national groups, over one million comments have been collected, and for Bears Ears alone, we almost had 700,000 comments. That's a historic amount of comments for 15 days, all in support of the Monument.

CURWOOD: So, President Trump asked for this review. As you say, the president doesn't have the power to shrink or even revoke a National Monument, but the Congress certainly does. To what extent are you concerned that Secretary Zinke’s review will wind up in a bill that will then be presented in Congress? What is the risk that legislation to either shrink or even revoke the National Monument status of Bears Ears could get through?

COPPOLA: Well, it's definitely something that we've been seeing for a number of Congresses, that there've been a lot of bills introduced to sell off public lands. If that does happen, I do think that even at a bipartisan level there's an overwhelming support for these lands, but, you know, here in DC we see on a weekly basis these type of threats on our public lands. I think that it’s going to be a challenge for such a bill to even go through. It would face a lot of opposition. 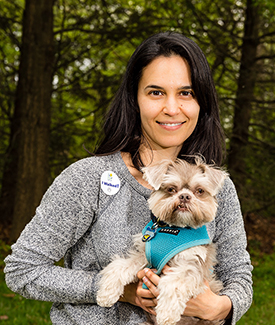 Tracy Coppola is a Senior Legislative Counsel with Earthjustice and has been closely following the Interior Department review of the Bears Ears National Monument. (Photo: courtesy of Tracy Coppola)

CURWOOD: Tracy, before you go, tell me, what comes next?

COPPOLA: Well, we have a public comment that ends on July 10th, and that is for all of the National Monuments that the executive order included and that also now includes Bears Ears. After that, at the end of August, we're going to see a report from Interior on the 26 Monuments at stake, and that we'll have recommendations to the president and then we'll see. EarthJustice has put it out there that if Trump follows Zinke’s recommendation to shrink Bears Ears, we're going to see him in court because this is illegal, and also the public needs to know about it.

CURWOOD: Tracy Coppola is Senior Legislative Council at EarthJustice in Washington. Thanks so much for taking time with us today.

COPPOLA: Thank you so much.

About the Bears Ears National Monument