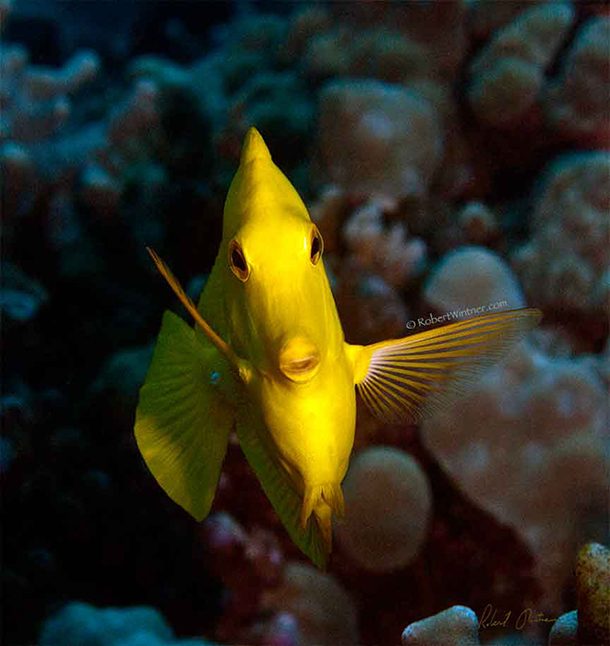 Hawaiian dive expert Robert Wintner, known as ‘Snorkel Bob,’ has campaigned for 11 years to stop the capture of wild reef fish for the aquarium trade. Now the state of Hawaii has passed a bill to ban the trade there and Robert Wintner tells host Steve Curwood that he’s cautiously optimistic Governor David Ige will sign it.

CURWOOD: Awhile back we spoke with Robert Wintner – or as he’s known in Hawaii - Snorkel Bob, about his book “Reef Libre”, which celebrates Cuba’s fantastic, unspoiled reefs. And though he loves his diving, he is also driven to protect the colorful creatures of Hawaii’s coral reefs that are all too often at risk from trafficking in gorgeous tropical fish for aquaria. After an 11-year campaign Hawaii state legislators recently passed a bill to ban the aquarium trade within the archipelago, which the governor has yet to sign.

We called Robert Wintner in Maui to find out more. Aloha, Robert.

WINTNER: Aloha, Steve. It's good to be with you again.

CURWOOD: So, tell me what does the aquarium trade look like?

WINTNER: What it looks like up close and in person is not pretty. They drop anchors, chains, and nets onto coral. They use tickle sticks which are about 10 feet long, and they poke into the little nooks and crannies because the fish hide there when they see these guys. These guys are rough. They chase the fish out and they capture them in close mesh nets and put them in plastic containers, rush them to the surface for the long bouncy ride back to the harbor. The fish then get transferred to holding tanks. Every step of the way accumulates trauma, which is the biggest cause for mortality.

We take our mortality stats from a fellow who was considered one of the top gurus of the aquarium trade on Big Island. His name is Bob Fenner, and he wrote a book in which he said 99 percent of all fish taken die within a year of the point of capture.

CURWOOD: Robert, let me ask you. So, what's the mortality rate ten days after these fish have been captured, do you know? 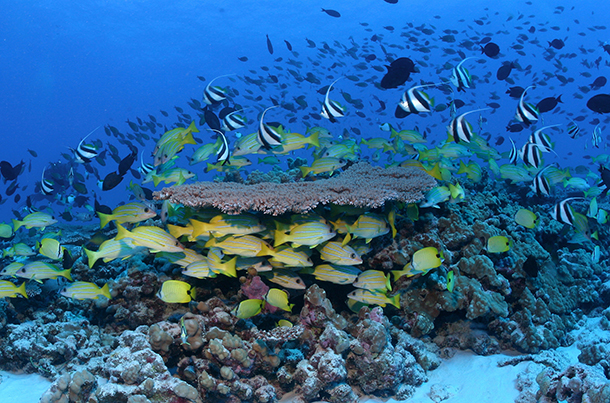 WINTNER: It's anybody's guess, it depends on the depth. There's a condition called barotrauma where a fish coming from great depth will bulge its guts and its eyes. They sometimes use a technique called fizzing where they puncture the air bladder with a hypodermic needle to release that pressure. Most the time they don't do that because time is money. Other fish die of contamination in their small plastic shipping bag where they use about a pint of water, and it depends on the individual, the cumulative stress, the trauma, how long they're going to last, and so mortality is all over the board.

CURWOOD: Give me the names of a few of the popular fish that are taken from Hawaii.

WINTNER: Well, Yellow Tang is number one. Also the second is called a Goldring Surgeon. In Hawaii it's a “kole,” a beautiful little herbivore. A big icon and a real fish of contention is a Hawaiian Cleaner Wrasse. He's charismatic. He sets up cleaning stations. They caught so many of them on the Kona Coast, that they started to suffer parasite loading of all the fish there. The high-end fish include, well, there's a Banded Angelfish that literally has a black mask over his eyes. Those are up to $1,000 each, or $1200. They used to be plentiful, they're not anymore. Some of fish that if you see one you just don't talk about, is an Eel Dragon Moray. They sell online for $1,000.

CURWOOD: So, tell me a bit about this bill. Why do you think it's needed? 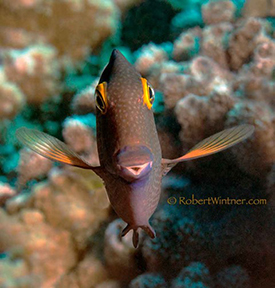 WINTNER: Well, it's needed because the aquarium trade is a last vestige of wildlife trafficking to serve the pet trade in the world. I think one of the big issues on the table is that Hawaii's DLNR - That stands for Department of Land and Natural Resource - their entire argument is it's sustainable, and even though they're crying out it's sustainable, their argument is that they can still issue an unlimited number permits to an unlimited number of collectors and those collectors can take every single fish off any given reef.

CURWOOD: How tough was it to get this law passed, and what's the current status of the law now?

WINTNER: It was very tough because there is…People are surprised when they see how contentious this issue is. There's been a lot of bad feelings on both sides of the issue, and in the past we sought a total ban because that's what it calls for, and the big defense that they made is, “You're hurting our families, you're putting us out of work”.

So this year we came up with what we felt was a compromise. We're grandfathering in the current collectors. There's only 50 of them who are active. And so, this year was a huge breakthrough because we literally undermined their challenge of, “You're hurting our families,” and that's why this bill got through. And I have to tell you, Steve, we got through six legislative hearings in both the House and Senate. That led all the way to committee conference, and here we are awaiting Governor David Ige's signature.

CURWOOD: So, at the end of the day, which way do you think the governor's leaning on this?

CURWOOD: People don't often think that their fish comes from this rather destructive trafficking in aquarium fish that destroys or damages coral reefs and fish populations, and supporters say, “No, no no no, this is a sustainable process”. What do you say? 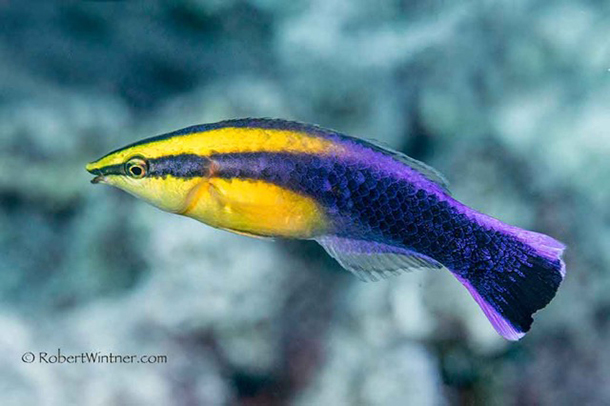 WINTNER: You just hit the nail on the head. Most people don't think about it at all, and if they do think about it, they think that somebody somewhere is raising these fish, and they're not. This is wildlife. As I say, the aquarium trade is a $4 to $5 billion industry. They will say anything they need to say to keep going. Hawaii has always been low-hanging fruit for the aquarium trade.

CURWOOD: How many fish, tropical fish are taken for the aquarium trade in Hawaii each year, do you think?

WINTNER: The used to report half a million, now they're up to a million, but the actual take is between two to five times the reported take. My gut feeling, it's in the neighborhood of six or seven million a year from Hawaii. You know, Indonesia and the Philippines are worse because they use dynamite and cyanide to capture those fish. Their mortality is through the roof. The trade exploits the people who capture the fish. They're given them a few pennies on a fish that will retail for 150 bucks.

CURWOOD: Tell us a bit about how the aquarium trade has affected the Yellow Tang in Hawaii. 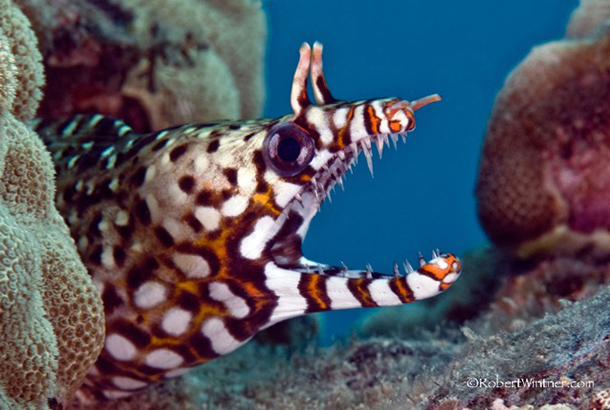 WINTNER: The Kona Coast used to be called the gold coast because of its perfectly crystal blue water, and when the shore break came in, and the waves would rise to a crest you could see through them, and in those waves would be hundred thousands of millions of Yellow Tangs. They're not there anymore. They're taking anywhere between two and 10 million Yellow Tangs in a year.

CURWOOD: What big concerns do you have for the illegal trafficking in tropical fish for the aquarium trade if, in fact, this bill becomes law?

WINTNER: My feeling is that if this bill becomes law and these fish become contraband vis-à-vis export, will we reduce the take to zero? No, but we'll bring it down from the millions to a few thousand. We will see recovery.

CURWOOD: So, why not breed these fish in captivity?

WINTNER: Can't do it. Two percent of all aquarium species are captive bred. If the state wants to spend money, that's where it should focus its research. 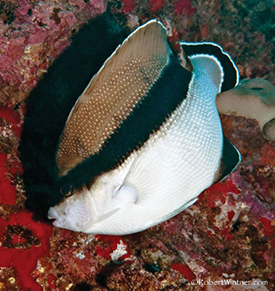 CURWOOD: So your advice to people who might want to keep fish at home is, what, keep it to a guppy?

WINTNER: No, I would advise people there are flat-screen TVs now with closed loops. There's Reefcam. It's going to be better action at greater depth than you're ever see in a glass tank. You'll have zero mortality. You won't have any maintenance or feeding, and there you go.

CURWOOD: Robert Wintner, a.k.a. Snorkel Bob, has been tirelessly campaigning to end aquarium trade of reef fish in Hawaii. Robert, thanks so much for taking the time with us today.

WINTNER: Thank you, Steve. Again, I appreciate your interest, and I'm happy to be here anytime.