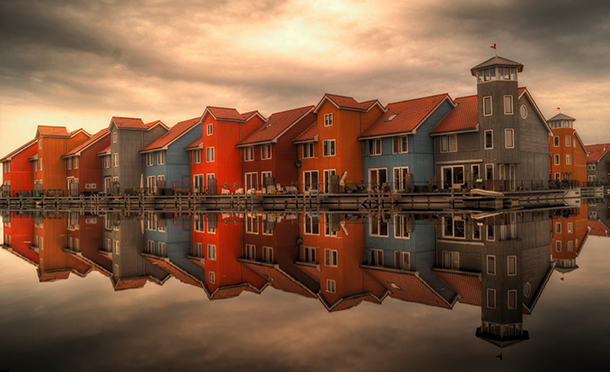 Much of the Netherlands is below sea level, with water always nearby. (Photo: Skitter Photo, StockSnap.io CC)

Much of the Netherlands is below sea level, and it has had to deal with a major flood every generation for a thousand years or more. Now, the Dutch are leading the way in water management engineering in a warming world of increased rainfall and sea level rise. Chris Zevenbergen, Professor of Flood Resilience of Urban Systems in Delft, Holland, talks with host Steve Curwood about how the Dutch are adapting to the reality of floods, storm surges and torrential rains and the lessons other vulnerable nations can learn.

CURWOOD: As the planet continues to get warmer with more energetic rain cycles, floods and sea level rise, water management and urban resilience are related and growing concerns. Over the centuries, the Dutch have become famous for their system of dikes and serious approach to flooding, as only 50 percent of the Netherlands is more than a few feet above sea level. But even the Dutch were caught short by some crippling floods in the 1990s, and they quickly implemented vast flood prevention projects. And now they are training engineers around the world in how to adapt to the global warming risks of floods, torrential rains and storm surges.

Chris Zevenbergen is a Professor of Flood Resilience of Urban Systems at the IHE Delft Institute for Water Education in the Netherlands. He joined us on the line from Nanjing in China, where he is consulting.

CURWOOD: So, what do you do now to prepare for flooding? What's the approach?

ZEVENBERGEN: We, at the moment, we are in a transition. We had a strong belief that we could predict and control nature, and we're moving now into a period where we acknowledge that we cannot control nature. We have to deal with uncertainties in terms of climate change and socioeconomic development. 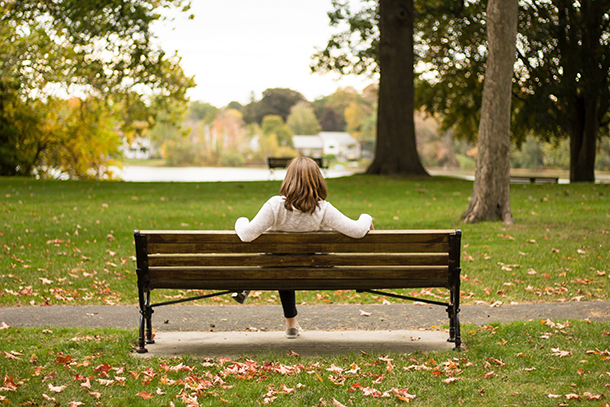 Many parks in the Netherlands also serve as reservoirs for storm water when there is heavy rain. (Photo: Bonnie Kittle, StockSnap.io CC)

CURWOOD: Now, I understand that you have a lot of parks and public spaces which you are now using as emergency reservoirs for flood water. Please talk about how you use that for flood management and flood resiliency in responding to, well, failures.

ZEVENBERGEN: Those examples you just mentioned, they are meant to deal with storm water, cloudbursts, and we see that a lot of cities in our country, they suffer from severe rainfall, and they have real problems with too much water during those heavy, heavy cloudbursts.

CURWOOD: What is the new thinking there in the Netherlands as to how to deal with massive flooding from rivers there?

ZEVENBERGEN: Now the new thinking as we started 10 years ago with the concept of room for the rivers, and room for the river is a paradigm shift. The old paradigm is confining rivers and building and strengthening the dikes along the rivers, but we decided to explore a new approach where we give more space to the water, where we allowed the river to expand when large volumes of water are entering our country. So, the room for the river concept is a turning point in our approach. It's not fighting against water. It is living with water.

CURWOOD: Well, what the storm surges from the ocean there? I mean, much of Netherlands is right there looking out at the sea?

ZEVENBERGEN: Yes, now, for the storm surges we have our flood defense systems, but that was in the old times our solution. Now, we are acknowledging that those systems may fail and that we should be prepared for failure, and one of the new actions we are currently taking is to prepare the Dutch population on these type of events, and so we are now much more aware about the risks than, say, 10 years ago.

CURWOOD: What do you do then to prepare for failure?

ZEVENBERGEN: Yeah, that is, we call it multi-level protection and the first level is our flood protection systems, the primary dike systems. The second level is, for instance, spatial planning. A large part of our country are low laying polders and exactly in those polders we have our big cities. So, we are now really considering to really dampen that development process in those low-laying areas. But also early warning, that we are really prepared when there is a real flood, that we know what to do. So, we call it protection, prevention, and preparedness. 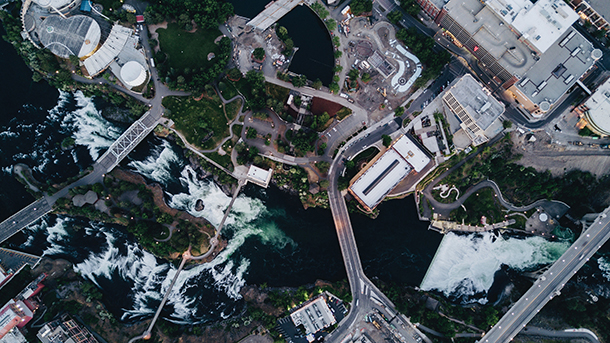 The Room for the River initiative is a paradigm shift. Rather than work to contain water, the Dutch are expanding rivers to live with water. (Photo: Fredo Mark, StockSnap.io CC)

CURWOOD: So, what is the flood protection standard there in Netherlands? What do you aspire to?

CURWOOD: Well, Chris, if I heard that number, I'd say, “What's there to worry about, then? The Netherlands must be fine.”

ZEVENBERGEN: Yes, although the probability of failure are low, the consequences are huge. Two-thirds of our economy is in those low-lying areas.

CURWOOD: Talk to me about the money here. In particular, what potential is there for the private sector to engage in this in a way that, well they can make money?

ZEVENBERGEN: The World Bank has estimated that investing in one dollar in flood protection will save $7 to $10 in flood damage. Now, what we see all around world is that on one hand is there is a lot of money available, on another hand there is demand for investments in flood protection. But for some reason there is an investment gap. So, the money cannot find the projects, and the projects cannot find the money, and the reason is that the capacity on the side of the water agencies and ministries is lacking to produce fundable investment proposals, on the one hand, and, on the other hand, we see that the financing sector lacks the knowledge regarding the water systems and flood protection systems. A few weeks ago there was a big conference of the OECD talking about specifically how to engage the finance sector and the water sector.

CURWOOD: What do you see as the greatest challenge that cities face in managing water systems in the face of climate change? What keeps you up at night?

ZEVENBERGEN: [LAUGHS] I see two types of challenges. Currently, I'm in China, and there are about, say, 600 really big cities, 10 million plus. All those cities, they have serious flood problems, and the flood damages there are really affecting the economy of China, but what I see is a big challenge in China. It is not the new built-up areas. Those cities will continue to expand. They will be constructed in a, what we call, “a water-sensitive way.” But what about the existing urban fabric, the existing cities? How to transform those cities in flood resiliency? I think that is a major challenge we are facing, and that will take in my view at least one generation to get it done, and another challenge I see in the small and medium-sized cities in Africa and Asia, those cities are rapidly growing but don't have the capacity to do that in a sustainable way and take into account the threats from the rivers and storm surges and rainfall.

CURWOOD: So, our studio is in Boston, Massachusetts, about 300 kilometers north of New York City. We both have harbors. What's your advice to cities like New York City and Boston about managing water systems in the face of climate change?

ZEVENBERGEN: Yeah, my advice would be, don't wait until the next flood disaster is coming to really have a serious look at your current situation and protection system. The Netherlands, we are not responding to flood disaster, but we are anticipating a flood disaster. That means that we have time to really see what is the best strategy for our country, and that is a process where we are involving all the different stakeholders, and it's a very time-consuming process, but I think we are there now. We are about to implement our new strategy, but it took 10 years to accomplish that.

CURWOOD: Chris Zevenbergen is Professor of Flood Resilience of Urban Systems at the IHE Delft Institute for Water Education in the Netherlands. Thank you so much for taking the time with us today, professor.

ZEVENBERGEN: OK, thank you very much.


Yale Environment 360: “To Control Floods, the Dutch Turn to Nature for Inspiration”

Room for the River Initiative