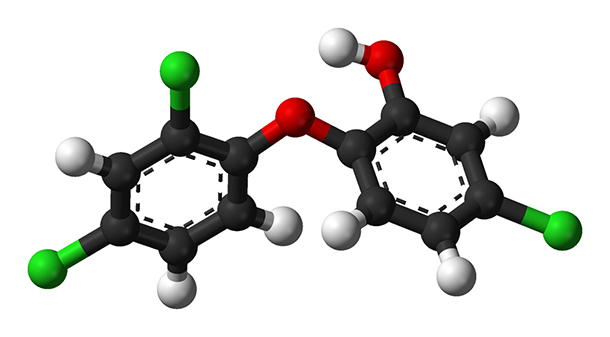 Two hundred scientists and health professionals signed a statement calling for more caution in using triclosan and triclocarbon. These common antibacterials are in thousands of products from building materials to toothpaste, and impact hormonal systems in animals. Brian Bienkowski, editor at Environmental Health News, and host Steve Curwood discuss why there may be a need for caution.

No one wants disease-causing microbes lurking on the objects around us, but over 200 scientists and health professionals are warning us about two, common, bacteria-killing ingredients called triclosan and triclocarban, found in everything from hand soaps and personal care products to furniture. Warnings about the toxicity of antimicrobials aren’t new, but this statement, published in the journal Environmental Health Perspectives, is the first to summarize findings on the adverse effects of triclosan and triclocarban. The declaration arrives as the Environmental Protection Agency is making final revisions to the Toxics Substances Control Act that Congress approved in 2016.

Brian Bienkowski, editor of Environmental Health News joins us now from Michigan with more on the story. Welcome Brian!

CURWOOD: So, first, what kinds of products are triclosan and triclocarbon used in?

BIENKOWSKI: So, they're used in thousands of products, mostly personal care products and cosmetics, but they're also found in some building products, where fungi and other things can chip away at building products, and carpets and some clothing. It's currently used in Colgate Total toothpaste, which you and I can buy at the store. So they are really found everywhere, Steve.

CURWOOD: So, what are the health impacts of this? Why are folks so worried about exposure to these chemicals?

BIENKOWSKI: Scientists have found that some animal exposures have led to hormone disruption, whether it's the estrogen hormone or the thyroid hormone, and these types of hormone changes can lead to developmental problems and behavioral impacts, reproductive impacts, and we're not sure if the same things are going on in humans, but some associations have been found.

CURWOOD: So, tell me a little bit more about the statement that these 200 scientists and health care folk have signed. How did this all come together?

BIENKOWSKI: It's really a warning shot from health professionals and scientists. It's not calling for an outright ban, but it's warning consumers and manufacturers and policy makers that maybe we should pump the brakes a little bit in putting these in so many products since they haven't completely demonstrated to be safe for long-term use for humans and may not be providing the benefits that the products say that there are.

CURWOOD: What products does industry say that triclosan and triclocarban are really essential and important for, even if there is some risk?

BIENKOWSKI: In hospital settings as well as in some oral care, but even the scientists and health professionals that signed the statement agree that it should be used perhaps in some settings where people need to wash their hands before surgery and other medical procedures, or if there are people with immune system problems, being around them, it's probably good to use these products, and as I mentioned in oral care, people that have gum disease. Triclosan may provide some benefit according to some studies. 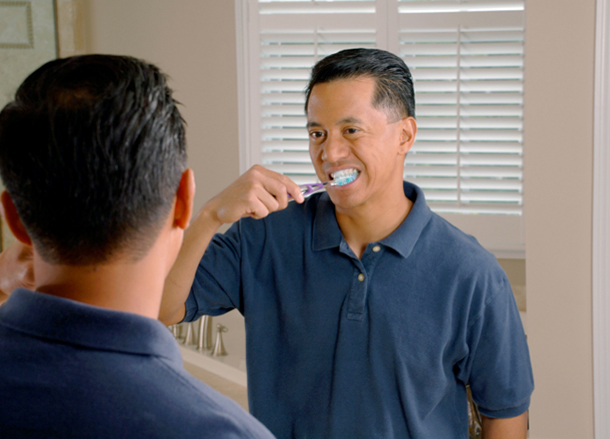 Triclosan and triclocarbon are in thousands of products from building materials to toothpaste. (Photo: Bill Branson, Wikimedia Commons)

CURWOOD: And what are the uses of these chemicals that these concerned folks say is gratuitous? Why take the risks of triclosan and triclocarbon, when there are alternatives?

BIENKOWSKI: One of those uses is hand soap at our homes or in restaurants and settings like that. It's just not demonstrated to be any more useful than water and soap, and the FDA agreed with this and is working with manufacturers to phase out triclosan from hand soaps this year.

CURWOOD: Brian, you also reported on how triclosan levels are rising in young people, in kids. Why is that happening, and what are the amounts that the researchers are seeing?

BIENKOWSKI: So, they saw spikes after children. As they age, they would see the spikes, and the hypothesis is that children are starting to wash their hands more, brush their teeth more, and just basically you're using more of these hygiene products as you age so naturally your levels will spike, and they found by the age of eight that their levels were about the same as their mothers were when they were pregnant with these children.

CURWOOD: So, if triclosan and triclocarbon can disrupt the hormone system, what are the risks the kids are running, if they are being exposed to these elevated levels of triclosan?

BIENKOWSKI: So, with any endocrine disrupting chemical, you can't test them on humans. It would be wildly unethical. So, they're largely relying on animal studies right now, but, having said that, if there are indeed impacts of the human hormone system, this can cause problems in the reproductive system, basic neurological development, brain development for children, and there has been some links between the mother's triclosan level that can cross the placenta into the womb, and children being born with smaller heads, lower birth weights, and things like that. They can't totally point to that on the triclosan use, but there have associations. 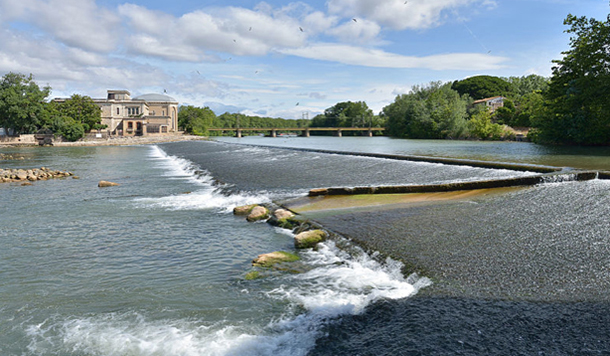 The USGS found triclosan and triclocarbon in 60% of US waterways. (Photo: Christian Ferrer, Wikimedia Commons)

CURWOOD: By the way, what is the environmental impact, if any, of these chemicals?

BIENKOWSKI: They get into waterways because after we wash our hands, these goes into our wastewater treatment plants. They get into sewage sludge that can be applied to land that runs off into the water, so USGS a few years found that triclosan and triclocarbon were in roughly 60 percent of our nation's waterways, and this can get into aquatic organisms, and it's toxic to both anything from crustaceans to fish at certain levels.

CURWOOD: So, what exactly are the scientists who signed the statement, what do they want?

BIENKOWSKI: They want this to get to the hands of people who make decisions as well as people like you and me who go to the store and perhaps look at ingredients on products because ultimately, as we've seen with chemicals like BPA, consumers can drive change. Now, the risk with that change is often these chemicals are replaced with other chemicals that have very similar properties that may also disrupt the hormone system.

CURWOOD: Yeah, how unusual is it for a couple of hundred scientists and health care workers to step forward and make a statement about a substance like this? 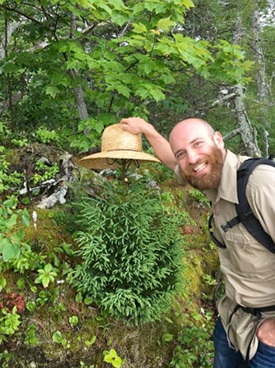 BIENKOWSKI: These substances fall in this category of compounds that don't kill us, so you're looking at things like mercury and lead, and for years, we've always looked at these chemicals as the more that gets in us, the worse, and we can die. These triclosan and triclocarbon and BPA, and a lot of these endocrine disrupting chemicals are alarming scientists like this because they may hurt us at much smaller doses. Our exposures are continuous and throughout the day and throughout the month, so there are increasingly academic scientists and health professionals ringing the alarm on these endocrine disruptors because our current regulations and our current testing at the federal level doesn't fully account for these types of chemicals and the different types of toxicity that we're not accustomed to.

CURWOOD: What difference do you think this letter might make?

BIENKOWSKI: The people I talked to that signed it…A lot of them were skeptical that the Trump administration would make any changes because they've largely focused on rolling back a lot of environmental protections and regulations. So, they're not really looking there right now, Steve, but they are looking to consumers to make changes with their pocketbooks.

CURWOOD: Brian Bienkowski is the editor of Environmental Health News. Brian, thanks so much for taking the time to talk with us today.

Nature: “Too Much Triclosan?”