How to Save Most Species: Part 1 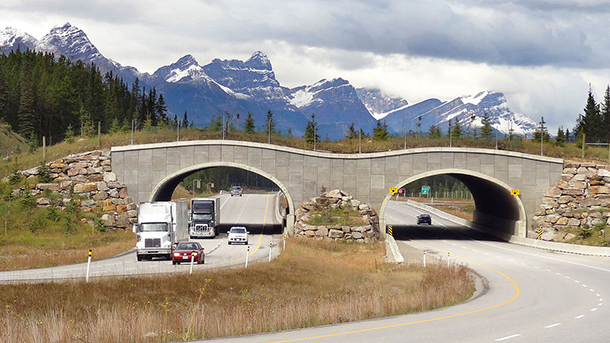 Above, a wildlife bridge helps critters safely cross the Trans-Canada Highway near Banff, so that their habitats are connected. E.O. Wilson calls for an extensive, connected network of ecosystems to be reserved for nature in North America – he calls it, “Squaring America.” (Photo: WikiPedant, Wikimedia Commons public domain)

Within decades Earth may lose as many as 50% of the species currently living on our planet. To avert ecological disaster, renowned conservationist and Harvard Professor E.O. Wilson has proposed a radical idea in his book Half-Earth: to set aside half of Earth’s land and sea for nature. He believes that this could save 80% of the species and preserve ecosystems. Host Steve Curwood spoke with E.O. Wilson to learn why the 87-year-old ecologist is optimistic about the role of technology to help with this mission.

CURWOOD: A bold new proposal to stem global species’ loss has been created by one of the world’s top experts in ants.

CURWOOD: E. O. Wilson, as he’s commonly known, has won two Pulitzer prizes, including one for his book on ants. But the distinguished Harvard biologist has been studying the challenge of species loss for years, focusing on unique habitats that should be conserved to protect the diverse ecological webs within them.

Now in his book "Half-Earth", he has done the math. He says we can preserve the bulk of species and ecosystems if we set aside half of the Earth’s surface, both land and sea. I spoke with Professor Wilson at his home in Lexington, Massachusetts, and he explained why many ideas for how to tend to Nature are, well, misguided.

WILSON: I’m concerned because those that I like to call the “Anthropocenists,” that is, those who feel humanity has so thoroughly changed the surface of the Earth and the seas as well, that we might as well give up. The Anthropocene, carried to an extreme in its conception is that we've lost the battle in terms of saving natural areas, even in terms of saving most of the biodiversity, the variety of life left on Earth, so we should follow along now in the next stage either one, to just let it go, and proceed to humanize the entire globe. Maybe that was the destiny of the planet. The second version of Anthropocene enthusiasm is, “Don't worry, the species that have gone extinct, if we keep specimens of them, we'll keep their DNA, and we'll find out a way to clone them, and we'll put them all back eventually and recreate natural ecosystems.” All these and similar schemes that have been suggested, relatively the same in my view, as running up the white flag as soon as you see the pennants of the enemy appearing on the horizon.

CURWOOD: So we can do better, you think.

WILSON: We better do better! [LAUGHS] Yes, we can do vastly better, and the conservation movement around the world has been doing everything possible in a conventional worldview with nobility of purpose, with enormous energy and effort and dedication. It's saved a lot of species. 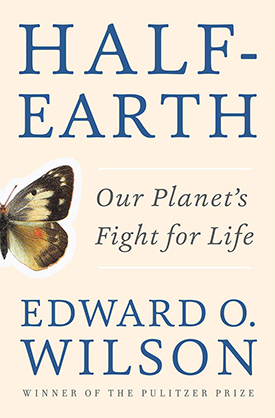 But what most people don't realize is that in addition to those beautiful big animals that we so admire and we see going extinct or up to the brink of extinction, there are literally millions of smaller creatures that are the foundations of our ecosystem both on the land and the sea, and that they, too, are probably disappearing at about the same rate. So that we simply are not doing enough for the vertebrates.

That's the group we know the best because we know all of these vertebrates. We know the fish, we know the amphibians, and we know the birds and mammals and reptiles. One-fifth of those vertebrate animals I just listed are sliding down at a pretty rapid rate and going off the cliff to extinction, and of that one-fifth we're losing, even with our best efforts, 80 percent or so. We haven't stopped it. We've slowed it, but we haven't stopped it. So, we needed something completely different.

CURWOOD: And the bottom line? Of course, we're talking about your book "Half-Earth: Our Planet's Fight for Life."

WILSON: Yes, the book's premise is that what we need to do is try for a moonshot, and the moonshot is to set aside half the surface of the land and half the surface of the sea as a reserve, a reserve that doesn't exclude people by any means -- indigenous people are, in fact, encouraged to enjoy them and continue their way of life -- but, if we could give half of the Earth primarily to the millions of other species that inhabit the Earth with us, then we would be able to save about 80 to 90 percent of the species, bring the extinction level down to what it was before the coming of humanity. That would be a successful moonshot.

WILSON: So, where are we right now? And I can tell you that, in the United States, we have already put aside about 15 percent of the land surface, and, for the planet as a whole, this is land. We're about the same. We are at about the15 percent mark around the world for the land. And for the sea it is far less, somewhere about one to three percent, and in the United States it’s up towards what it is for the land. It's about 10 percent of the territorial waters of the United States. So, we need to move that on up to about half in order to reach a fairly safe level. 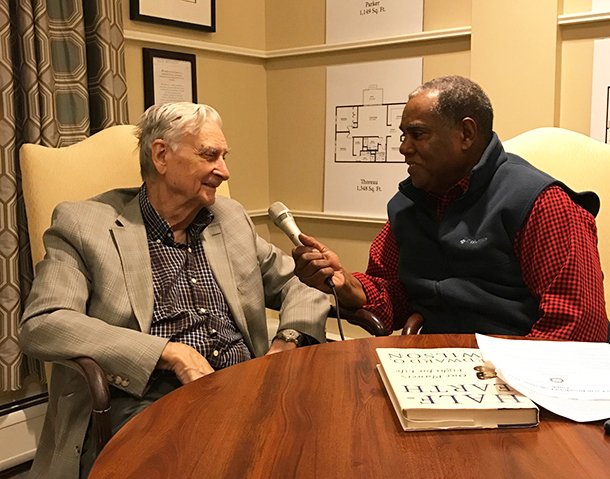 Can we do it? Yes, we can do it. Just taking opportunities, gerrymandering small pieces, linking existing parks and small reserves together, we can move the United States up to 50 percent.

Half-Earth: Our Planet’s Fight for Life