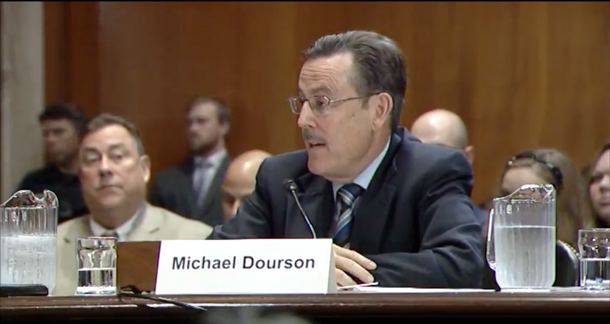 The Trump Administration’s nomination of Michael Dourson to lead the EPA’s Office of Chemical Safety and Pollution Prevention has been met with sharp criticism from environmental and public health advocates. David Michaels, former Assistant Secretary of Labor for OSHA, the Occupational Safety and Health Administration, tells host Steve Curwood that Dourson has frequently provided research for industry to sow doubt about the ill effects of toxic chemicals, and should not be trusted to put public health and safety first in regulating.

CURWOOD: It’s Living on Earth. I’m Steve Curwood. EPA stands for the Environmental Protection Agency, but some critics say with Scott Pruitt now as Administrator, the US EPA has become the Environmental Polluters Agency. In a move to boost the fortunes of the carbon-polluting coal industry, Mr. Pruitt wants to roll back the Obama era Clean Power Plan, designed to fight global warming. And the EPA recently prevented its own climate scientists from presenting research at a meeting on the health of the Narragansett Estuary in Rhode Island. A probe by the New York Times has found a former executive for the American Chemistry Council – that’s an industry lobby group – is a key scientist for the EPA’s recalibration of the health risks of toxic substances. And now Michael Dourson is under fire. He’s been nominated to head the EPA’s Office on Chemical Safety and Pollution Prevention. Critics include David Michaels, a former assistant secretary of Labor for OSHA, the Occupational Safety and Health Administration. David, welcome back to Living on Earth.

MICHAELS: It's great to be back, Steve.

CURWOOD: So, why does the possibility of Michael Dourson leading the chemical safety office at EPA concern you?

MICHAELS: Well, it's very unfortunate. My understanding is he's already working at the EPA as an advisor to the office that he's been nominated to run, so he's already in there, but with a confirmed nomination when he's sworn in as assistant administrator at the EPA, when it happens, he'll have a great deal more power and be able to essentially roll back a lot of the important protections that we rely on to make sure we're safe. You know, Michael Dourson is a deeply conflicted scientist. He's done mercenary work for dozens of chemical companies and scores of chemicals, but he's refused to promise to recuse himself from ruling on those chemicals or for other chemicals manufactured by those companies. He's the guy in charge of protecting Americans from toxic chemicals and I don't think he's going to do it right. 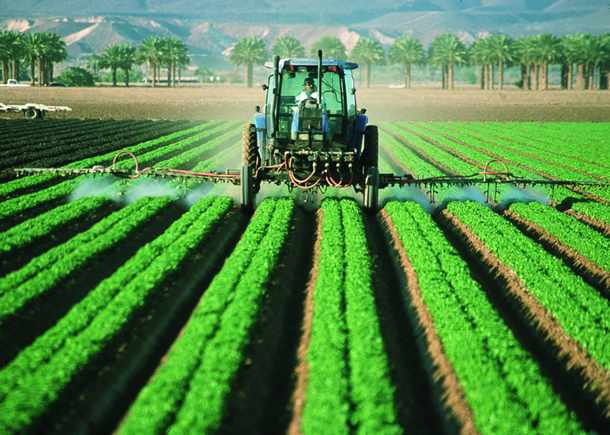 Pesticide application on leaf lettuce in Yuma, AZ. If Michael Dourson is confirmed as head of EPA’s Office of Chemical Safety and Pollution Prevention, he would be in charge of regulating which pesticides and other chemicals can be used in the U.S. (Photo: Jeff Vanuga, USDA Natural Resources Conservation Service, public domain)

MICHAELS: Well, what he's done, he's made a career of applying the tobacco industry strategy of manufacturing doubt and manipulating scientific data to defend toxic chemicals. He even worked for big tobacco long after it was clear that their only commitment to science was to invent results that would delay government action and it's a very successful strategy because no study is perfect, we never have absolute proof, but we need to protect our families, we need to protect our kids by making sure the levels of these chemicals don't get too high.

CURWOOD: What are some of the chemicals on which he's done this, what you say is dubious research?

MICHAELS: He's done this work on this huge range of chemicals from diacetyl which is the chemical that you may remember caused "popcorn lung," it destroyed the lungs of workers who work in popcorn factories because it’s artificial butter flavor. He was working for some of those companies that said look, that's a very safe chemical. The government says it's much less safe, and the government's right. PFOA, which is this teflon product that polluted the water of thousands of people in Ohio and in West Virginia, again, he was brought in to say, look, we don't really need a strong standard here. He's worked on Chlorpyrifos, which is a very very toxic pesticide which Scott Pruitt at the EPA has just overruled all their scientists and said, “OK let people sell it,” even though it causes brain damage in kids. 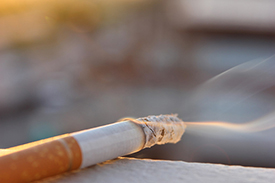 The tobacco industry perfected the technique of the “manufacturing of doubt” on scientific knowledge about risks, David Michaels says. (Photo: Lindsay Fox, Flickr CC BY 2.0)

CURWOOD: What's the nature of the relationship between Scott Pruitt and Michael Dourson?

MICHAELS: I don't know if they have a personal relationship, but given what Scott Pruitt is doing to the EPA in rolling back all these rules, Michael Dourson is the perfect person for him to bring on to look specifically at chemical hazards because Dourson has spent his career really working for industry. You know, industry e-mails reveal that corporate officials felt they could trust him, he was their go-to scientist, always ready to minimize the risk exposures in toxic chemicals to weaken standards that should be strengthened to protect us and our family and our kids. You know, last year, on a bipartisan basis Congress passed a reform of the Toxic Substances Control Act, and it was very promising developing new ways to make sure that Americans are safe from exposure to toxic chemicals. Right now under Scott Pruitt, the EPA is rolling back all the commitments they made under that law, and chemicals that shouldn't be in our environment, chemicals that shouldn't be in our food, will remain there and in some cases the levels will even go up because of this administration.

CURWOOD: You recently wrote an opinion piece in The Hill and you wrote that Dourson "repeatedly recommended chemical exposure levels hundreds of times above established limits." Cite this for me and how did he justify such recommendations, do you think?

MICHAELS: Risk assessment is not a perfect science and it allows some subjectivity, and he pulls together a group of scientists, many of whom have very close relationships with him. They look at the literature. They opine on it. They look at the epidemiology, the human studies, animals studies. They say, “well, it looks like this is a safe level.” And that's what he did with diacetyl. He came up with a number of that was 20 to 40 times higher than what the National Institute for Occupational Safety and Health came up with when they looked at that same literature, and it's wrong and every time a government agency looks at the same issue they say, “We need a much safer level.” but the industry then takes his number and promotes it. He says and his advocates say that what he does he produces sound science, but what he really does is to manufacture studies that sound like science. In reality his results are preordained. He's hired to study a chemical, you can be sure he'll conclude that chemical isn't very dangerous. 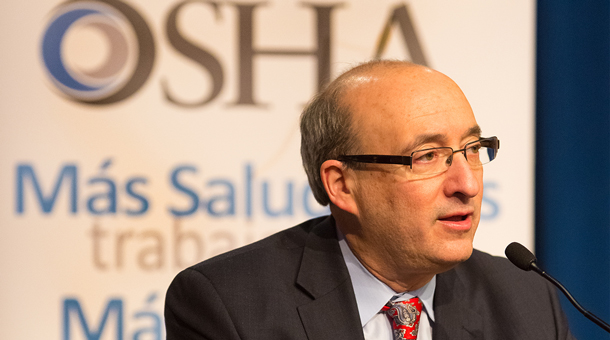 CURWOOD: David Michaels is a Professor of Environmental and Occupational Health at George Washington University. Thanks so much for taking time with us today.

MICHAELS: Steve, it's been a pleasure to be with you.

Michael Dourson as president of Toxicology Excellence for Risk Assessment