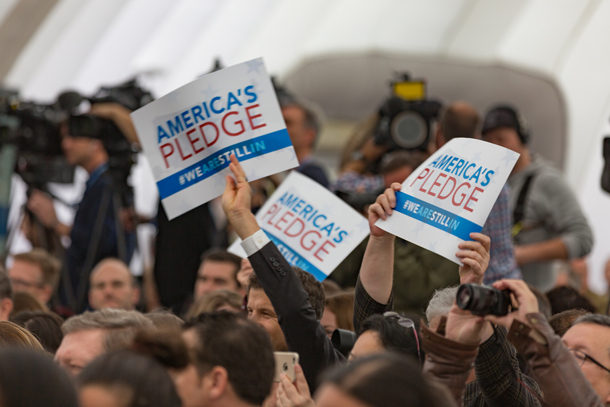 Audience members cheer and hold up signs at the America’s Pledge unveiling on Saturday, November 11th 2017 in Bonn, Germany at the 23rd Conference of the Parties (COP23). (Photo: UNclimatechange, Flickr CC BY-NC-SA 2.0)

With President Trump walking back U.S. climate change mitigation efforts, including the Paris Climate agreement, a coalition of U.S. cities, states, and businesses representing more than half of the U.S. economy promises to continue reducing emissions. Host Steve Curwood describes the launch of America’s Pledge at the UN climate talks in Bonn, Germany, as we hear from key leaders in this commitment, including former New York City Mayor Michael Bloomberg and California Governor Jerry Brown.

[PROTESTORS: What do we want? Climate justice! When do we want it? Now!]

CURWOOD: The US delegation invited the public in for its only official climate presentation at COP23, this year’s UN Conference of Parties in Bonn, Germany. The Trump team came to push coal and nuclear power, and the room was packed, but mostly with protestors.

[AUDIENCE: SINGING TO THE TUNE OF “PROUD TO BE AN AMERICAN”,
“SO YOU CLAIM TO BE AN AMERICAN, THOUGH WE SEE RIGHT THROUGH YOUR GREED.
IT’S KILLING ALL ACROSS THE WORLD FOR THAT COAL MONEY.
AND WE PROUDLY STAND UP UNTIL YOU KEEP IT IN THE GROUND…”]

CURWOOD: Even as President Trump says he will pull America out of the Paris Climate Agreement unless he gets a “better deal,” the rest of the world is moving ahead to fulfill the landmark accord. And if the Administration won’t do it, a group of American governors, mayors and business leaders who came to Bonn midway through COP23 say they surely will. They call their bold claim to keep the U.S. committed to its Paris Agreement goals “America’s Pledge”. COP23 President and Fijian Prime Minister Frank Bainimarama kicked off the event.

BAINIMARAMA: They may be called non-state actors in this process, but make no mistake. They are leading actors in driving more ambitious climate action in their states and cities in this critical pre-2020 period. And we can’t do it without them. 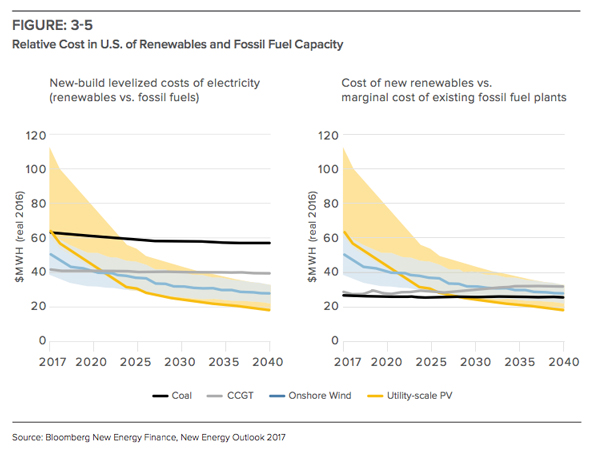 CURWOOD: New York City mayor and philanthropist Michael Bloomberg says that America’s Pledge can keep the U.S. on track with its Paris commitments.

BLOOMBERG: We hope our pledge will be accepted alongside the nationally determined contributions that every other party makes. Through America’s Pledge, we will continue measuring and reporting our progress on reducing emissions, just as every other nation has committed to do, so that the world can hold the United States accountable for reaching our commitment.

CURWOOD: The cities, states, and businesses that have voluntarily decided to be held accountable can make a big dent in global emissions, Mayor Bloomberg told the crowd.

BLOOMBERG: And together this coalition represents more than half of the entire U.S. economy. If this group were a country, we would have the world’s third largest economy.

CURWOOD: Pittsburgh has joined America’s pledge, and its mayor Bill Peduto spoke for cities in America like his, which built their old economies with fossil fuels.

PEDUTO: And in the heart of coal country, in the heart of natural gas, in the heart of the oil country, there was a different idea that within that city could blossom a new economy. And today we see it, where there are more people employed in green energy than oil, coal, and gas combined, and Pittsburgh’s economy has come back.

CURWOOD: All it takes, says Mayor Peduto is planning and dedication: 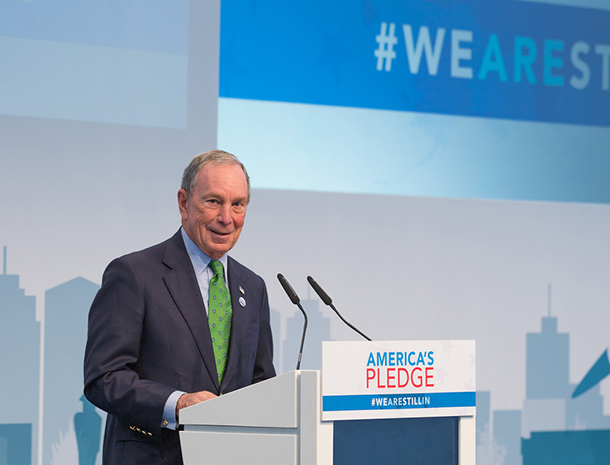 CURWOOD: California already has a cap and trade program for global warming gas emissions, which includes Canada. And Governor Jerry Brown came to Bonn to offer his roadmap for protecting the climate:

BROWN: So, California is the most aggressive, the most far-reaching climate action state in the country, in the Western Hemisphere. 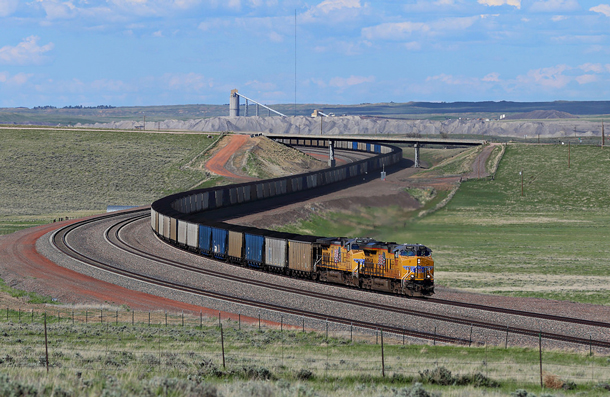 At this year’s UN Conference of the Parties, the annual global climate change talks, the U.S. delegation appeared publicly only once, in an event to promote the role of “clean coal” and nuclear energy in climate mitigation. (Photo: Jerry Huddleston, Flickr CC BY 2.0)

PHILIPPS: We have a responsibility to actually look out into how our products are being manufactured and used and think about the emissions of our products, not just in our own operations. And for Wal-Mart we’ve really learned that our work in climate, number one, it’s been really good for our business. So we’ve seen that our investments in energy efficiency, our investments in renewable, have saved us a lot of money.

CURWOOD: Even though the US executive branch of government is rolling back climate action, legislators including Democratic Senator Ed Markey of Massachusetts joined the “America’s Pledge” event. 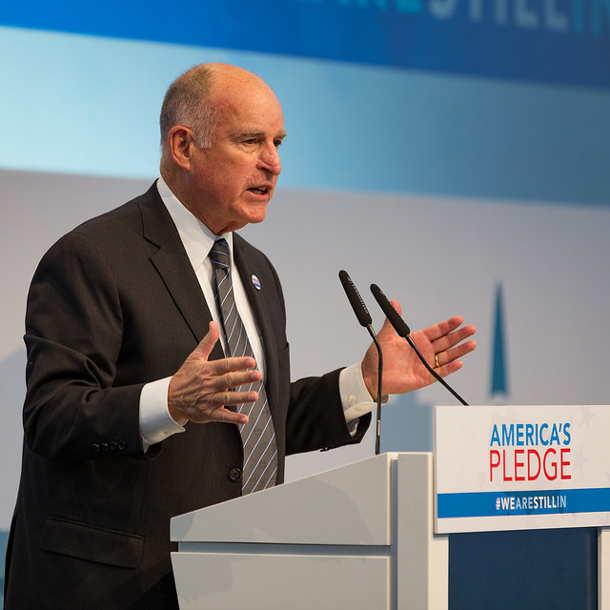 MARKEY: We are here in Bonn to say that we are not saying “Bonn-Voyage” to our commitment to climate action on our planet.

That is why we are here!

CURWOOD: And the climate-denying policies of President Trump are on thin ice, Senator Markey declared.

MARKEY: President Trump might want to “cop out” on climate action, but we know that C-O-P really stands for “Can’t Obstruct Progress;"

PRI’s The World: “There’s a deep divide over Trump climate policy on display at UN talks”

The Guardian: “Pittsburgh fires back at Trump: we stand with Paris, not you”