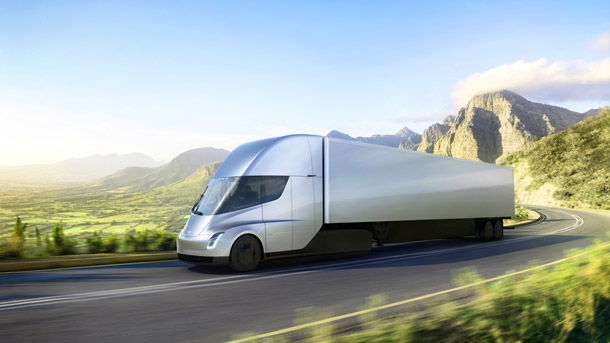 Elon Musk’s pioneering electric car company Tesla has introduced its latest creation - an all-electric heavy-duty truck. The big rig’s sleek design and promises of cost-savings have persuaded retailers like Walmart to pre-order the truck for their fleets. USA Today Tech Reporter Marco Della Cava attended the unveiling event and offers host Steve Curwood his take on the truck’s place in the EV market, and the future of electric freight hauling.

If celebrated innovator Elon Musk has his way, maybe someday you won’t get caught behind a huge 18-wheeler belching a choking column of black smoke as it grinds up a steep hill. That’s because Mr. Musk has unveiled an electric truck that can pull 80,000 pounds quickly over hilly terrain. When it’s released in 2019, it’ll cost about the same as a diesel-powered big rig, but he claims operating costs will be 20 percent lower. Elon Musk is famous as the CEO of Tesla electric cars and Space X, but his vision for the Tesla electric truck is down-to-earth in a big way, as tractor trailers transport 80 percent of goods in the US and burn 28 billion gallons of fuel a year. An electric trucking fleet would fight global warming and local pollution.

Marco della Cava is a technology reporter for USA Today who focuses on the future of transportation. Welcome to Living on Earth, Marco,

DELLA CAVA: Thanks for having me.

CURWOOD: So, what was it like at they recent unveiling of the Tesla semi-truck in California.

DELLA CAVA: Well, it happened down in Los Angeles right next to their Space X headquarters, his rocket company, at a private aviation facility, so you see all sorts of, you know, cool private jets flying by, and, long story short, it really felt like a rock concert. I think he was blasting the Beastie Boys most of the time.

DELLA CAVA: Well, it's the cab of a truck -- right? -- that then drags the trailer. It's incredibly sleek, very, very aerodynamic. There are photos of it up online, and it just looks like a regular truck but as if Batman had designed it, to be honest.

CURWOOD: [LAUGHS] I understand you got a tour of the truck itself and got to peek inside. What can you tell us about that?

DELLA CAVA: Yeah, well I did. Shortly before the big event started, a few of us were taken backstage, as it were, and we were allowed to go into the truck. It's very spacious inside, and the most notable feature, because there's no engine, is that the seat for the driver is centrally located, and it's all the way up forward. So, you have this kind of, almost captain's view of the world because you're not looking over a big long hood. You're actually looking at the road, and you've got two kind of almost like iPad screens left and right with all the information you might need. You have a steering wheel and that was pretty much it. There was a jump seat off back to the right for a second passenger, but a lot of room inside and again this centrally mounted driving position was really a novelty. 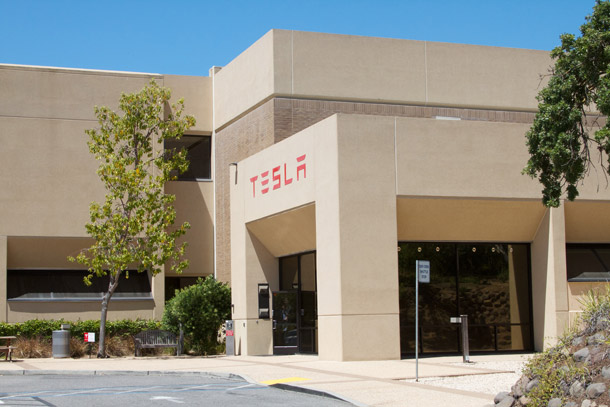 CURWOOD: Now, a number of companies have already pre-ordered these Tesla trucks for their fleet. Who are these companies, and what's attracting them to this particular electric truck?

DELLA CAVA: Well, pretty quickly, the next day, Wal-Mart and JB Hunt, which is a transportation company, announced that they had placed orders for, I think, roughly a dozen or so of these trucks. That's about a $2 million dollar investment for these companies.

My personal feeling is it's a no-brainer. For a company like Wal-Mart investing a couple million dollars in cutting-edge technology, it might even be worth that alone in publicity, to sort of say that you know you're trying to go green with your fleet, and the things certainly look arresting on the road.

So, I think they're just going with it because there's a lower barrier to entry, financially. I think it's another story to have Joe and Jane Trucker consider maybe buying these.

CURWOOD: So, talk about the kind of shipments that this truck is designed for. What would Wal-Mart or JB Hunt want to use these for?

DELLA CAVA: Well, my - I'm not a trucking world expert, but I would guess that it's from distribution centers to major populations. So, let's say you've got an Amazon distribution center in the middle of sort of rural California or rural Nevada, and you've got to get stuff to Los Angeles or to San Francisco. There, you're talking about 250 miles roughly each way. It's that sort of a run that we're talking about.

The main issues are around re-charging these things. You cannot just plug them into your power outlet at home, which you can with a Tesla. It might take all night to charge, but you can do it. These things have many more batteries, and they're powering many more transmission-type parts and essentially he would need to create a totally different super charger system just dedicated to trucks, and that's why he said that the 500-mile range was created so that most truck drivers who drive this size truck are doing routes that are under 250-miles each way. So, what he's implying is, yes, we will get these charging stations put up, but in the short term you could buy these and do what you normally do and get home on that one charge.

DELLA CAVA: You know, it's been said to me by a variety of sort of industry experts that the Tesla truck might look cool, but nobody cares in the trucking world. They just care about, how much does it cost per mile to operate your truck. And Musk seems to understand that because during his presentation he threw up slides that indicated that running his trucks on a given route versus a standard diesel truck would cost you in the order of 20 percent less per mile, and that's what's supposed to grab people's attention, is basically the cost savings.

CURWOOD: I understand, if this is a Tesla, if this is a Musk-mobile, there will be some autonomous features. What are they on this truck, and how do they attempt to appeal to truck drivers and owners? 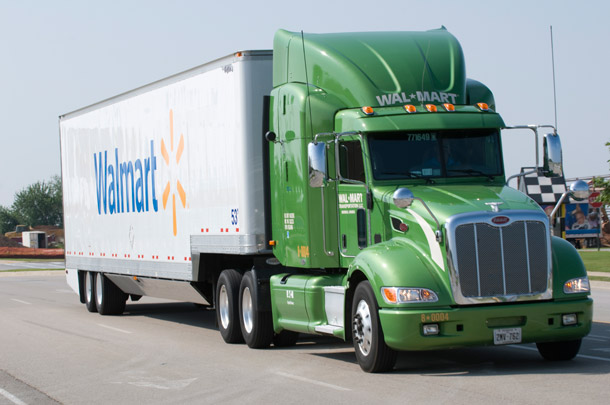 Walmart has ordered 15 of Tesla’s new semi-trucks. The company is one of many that already deploy hybrid cars for some of their deliveries. (Photo: Walmart, Flickr CC BY 2.0)

DELLA CAVA: Well, that is an interesting and a totally different question and some truckers are leery of it. They don't want to be replaced, needless to say. In this case, Musk said that the trucks would have autopilot, which is a standard feature on Tesla cars, and in particular he again threw up a video illustration of three trucks in a convoy. The trucks would be closely following each other using autopilot technology to stay a certain distance apart and just convoying for hundreds of miles. He threw that up there, not so much to show off the autopilot, but to point out that additional cost per mile savings would be available when three or so of his trucks convoy together.

CURWOOD: So, where are the traditional truck makers on the notion of electric truck? What are those guys doing? I mean, when Musk got Tesla going, suddenly there are 30 interesting electric cars that have come on the market in his wake.

DELLA CAVA: I think you might see the same sort of trickle-down effect but also not anything immediate. A lot of people in the traditional trucking world argue that diesel is a perfectly suitable means by which to power a truck. They've gotten it down to the point where you could certainly get a lot of miles to the gallon that route, and I think their argument is, why fix something that isn't broken. 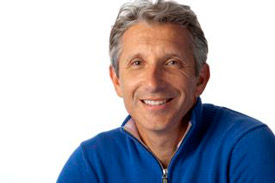 CURWOOD: Of course people who are concerned about climate disruption would say, the climate's broken. Every molecule of CO2 makes a difference.

DELLA CAVA: Yeah, I interviewed a guy named Ian Wright, actually he was one of the founders of Tesla before Musk came around, and Ian has gone on to found a company called Right Speed. And Right Speed works on retrofitting buses and garbage trucks with electric engines. And when I asked him his reaction to this latest Musk extravaganza, he said, "It's about time," and I said, "Why?", and he said, "Because if you really care about the environment, forget about changing cars to electric cars. They're not even by orders of magnitude the worst offenders. These trucks are, and that's what he should be working on." So there's certainly a case to be made, and I think the good news is that if truckers see that they can make more money this way, they're going to inherently consider it.

CURWOOD: Marco Della Cava is a technology in transportation reporter for USA Today. Thank you.

DELLA CAVA: Thanks for having me.