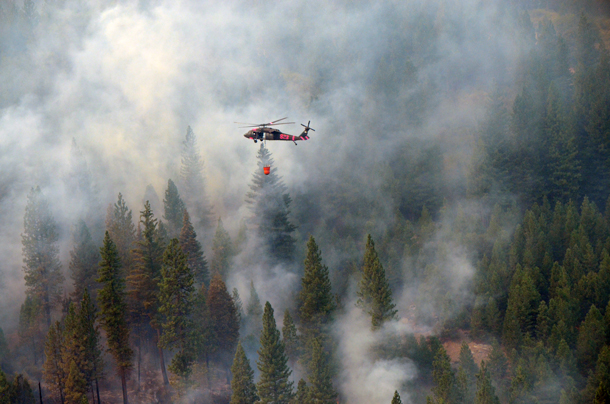 CURWOOD: Time now to look at the world beyond the headlines with Peter Dykstra. Peter’s an editor with DailyClimate dot org and Environmental Health News -- That’s EHN dot org -- and he’s on the line from Atlanta, Georgia. Hey, what’s going on, Peter?

DYKSTRA: Hi Steve. Let's start with a case of good news that's almost literally burned away by the bad news. In 2015, the state of California's aggressive efforts to cut greenhouse gas emissions yielded a cut of 1.5 million metric tons over the previous year, which is a sign of great progress, except for this. California's biggest wild fire that year, in Fresno County, added over four times the greenhouse gases the state managed to cut, 6.8 million metric tons from that one fire alone.

CURWOOD: Whoa! So, it's like one step forward, and four steps backward, huh?

CURWOOD: And this year we had huge blazes in wine country and in Southern California. 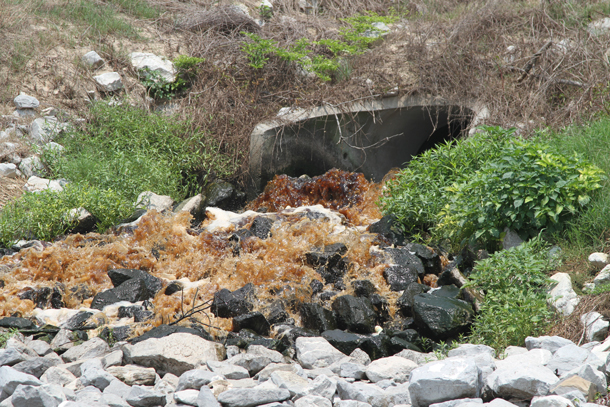 DYKSTRA: Yeah, and in the wake of these fires, we rightfully focus on the immediate human tragedy, the loss of life, the loss of property, but there's long term damage that's much more difficult to focus on if the fires are getting more frequent as a greenhouse gas threat.

CURWOOD: And the situation would obviously be even worse if California hadn’t been cutting its emissions so energetically. Hey, what do you have next for us?

DYKSTRA: I’ve got news from the American Chemical Society. Researchers are finding ways to recover useful and valuable chemicals from -- Wait for it -- our own sewage.

CURWOOD: Oh yeah, Peter, I’m sure you have all the poop.

DYKSTRA: No, I just have my fair share. But phosphorus, cellulose, fertilizers, biofuels, and biodegradable plastics are just some of the industrial products that could be gained if the challenges of working with municipal waste are overcome.

CURWOOD: And those challenges would be…?

DYKSTRA: Filtering out the good stuff from a stream that's still about 99% water, and of course sewage has an unsavory reputation as well.

CURWOOD: Yeah, but Peter, maybe the smell of money will overcome that other smell. Hey, let's talk a look back now at environmental history. What do you have for us this week? 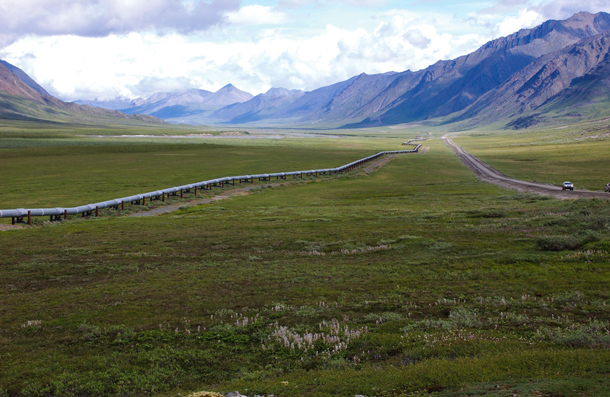 The Trans-Alaska Pipeline covers 800 miles of the state’s vast interior. Only a few years after its construction, President Jimmy Carter signed the Alaska Lands Bill, which set aside almost 80 million acres of land for conservation. (Photo: U.S. Geological Survey)

DYKSTRA: December 2, 1980, President Jimmy Carter signed the Alaska Lands Bill, after it passed Congress with strong bipartisan support. At the time, it was considered a bold stroke for conservation. The Alaska Pipeline had started up a few years earlier, opening up a bonanza of oil production on the North Slope, so Congress and the President set aside nearly 80 million acres in the northern half of the state as protected land. That's an area about four-fifths the size of the state of California, with about a third of that land designated as wilderness.

CURWOOD: Yeah, it’s huge in both size and significance, but, Peter, I can't imagine that it would pass muster with today's Congress.

DYKSTRA: Or today’s President. In fact, Senator Lisa Murkowski of Alaska has proposed opening up one of the longest-running conservation battles in history with a measure to allow oil and gas drilling in the Arctic National Wildlife Refuge. And remember when President Obama banned drilling in the Arctic Ocean? Well, a Trump administration agency approved an Arctic Ocean drilling site at the end of November.

DYKSTRA: Ok Steve, thanks a lot. We’ll talk to you soon.

CURWOOD: And there’s more on all these stories at our website, LOE dot org

Chemical and Engineering News: “Tapping sewage as a source of useful materials”