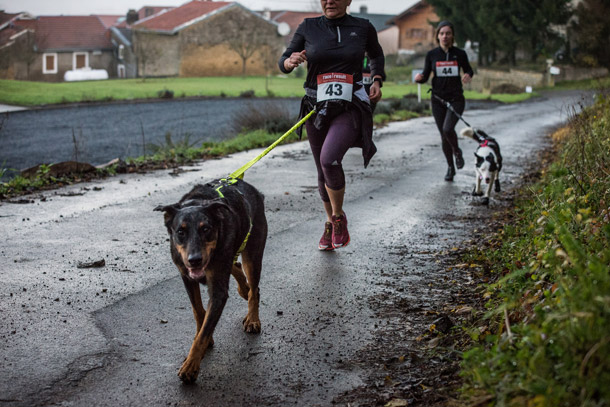 Dogs can convey health benefits like increased cardiovascular health – in large part because dogs require guardians to get out for an at-least-daily walk or run. (Photo: Julia.This, Flickr CC BY-NC-ND 2.0)

Having a dog in your household can help you feel loved and valued, and new research from Sweden shows that there can be measurable cardiovascular health benefits as well. Prof. Tove Fall from Uppsala University in Sweden tells host Steve Curwood about her research published in the journal Scientific Reports and why single people appear to benefit most.

CURWOOD: As the late US President Harry Truman once said of life in Washington, “If you want a true friend, get a dog.” After all, while even nice human relations can have plenty of sour along with the sweet, a family dog will unfailingly greet its members with simple joy. And along with uncritical friendship, a study recently published in the journal Scientific Reports has found that household dogs can actually help people live longer.

Study co-author Tove Fall is an Associate Professor of Epidemiology at Uppsala University in Sweden.

FALL: So, we actually studied the complete Swedish population aged 40 to 80. So, in Sweden, we kind of...we are able to track everyone through their personal identity number. That number follows us from birth until death. By using this number we could also identify dog owners from two national dog registers and we followed them from 2001 to 2012. And we started off by excluding everyone with previous cardiovascular hospitalizations. So, we wanted to have kind of a cardiovascular health cohort, and when we followed these people for 12 years, we could see that mortality was lower, about 20 percent lower in the dog owners. 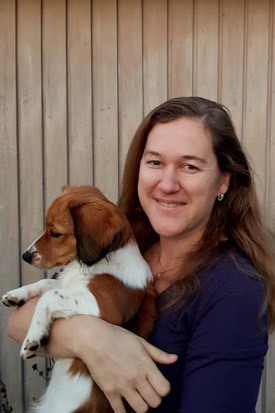 Tove Fall is an Associate Professor in Epidemiology at Uppsala University in Sweden. (Photo: University of Uppsala)

CURWOOD: And this was from cardiovascular disease or all forms of death?

FALL: That was all forms, but we saw also a reduction in cardiovascular-caused mortality of about the same degree. We also investigated data from the Swedish twin register where there was some questionnaire data, and it was quite interesting to see that the dog owners, they did indeed report more physical activity, but they also reported more smoking, so it seems like dog owners are a quite interesting group, that are very active but they are also, you know, have some other habits that might not be good for them.

CURWOOD: Interesting that some of these dog owners apparently have to get outside, so they figure they'll smoke a cigarette because they can't do that inside.

FALL: [LAUGHS] Yeah, maybe, and we're not the first one to report that. That has been reported previously as well.

CURWOOD: My wife and I have a dog, and this morning it was 16 degrees Fahrenheit. I'd rather just stay inside, but the dog has to go out.

FALL: Yeah, well I think that in the literature there are about thirty research studies or so showing quite robustly that dog owners get more, just as you say, they get more physical exercise and especially daily exercise when you go out, when it's rainy and it's dark and it's cold. If you go out then you see a lot of dog owners out, and you don't see much non-owners.

CURWOOD: Now, just beyond exercise, having an exercise buddy, dogs are companions for people. Looking at your report, one could conclude, you saw that there are some mental health benefits from having a dog, particularly for people who live alone. Tell me about that, please.

FALL: Yeah so, we know for a long time that people that are single, they have a shorter life span than people living in families. But, when we added on the dog data, we could see that the dogs actually neutralized that effect, so it seemed and looked like in the data that a dog could be a substitute for a human family member. And this could, of course, be caused by single owners having to do all the exercise, you know taking all the dog walks, but it could also be more of a social support side, so you get more company and you also get more social interactions, both with your pet but also with other dog owners that you meet outside. There are studies showing that dogs increase the interaction with humans. So in Sweden you don't make many new contacts, if you're out walking. You don't say hello to everyone you meet. But if they have a dog, it's very common that you kind of say, “Oh, can I have a look at your dog?” and greet them and so on. 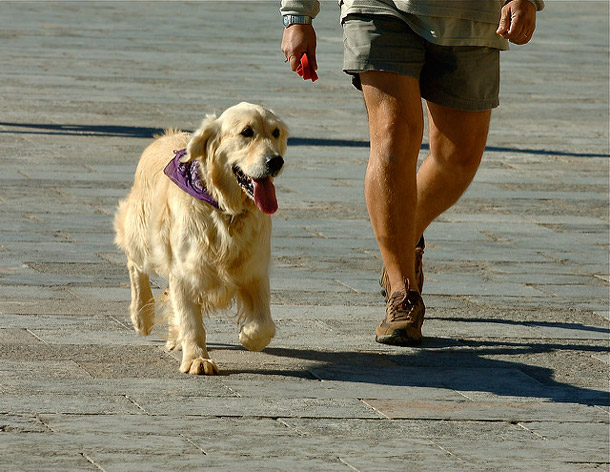 CURWOOD: And this meeting-people-business, on a personal level, my dog introduced me to another dog who was a best friend of the woman that I'm now married to, and I certainly wouldn't have met her.

CURWOOD: So, there could be some other factors, here. What about people who live in the cities and have to walk their dogs, versus folks who are in rural areas where you can just let them out the back door?

FALL: Yeah, so we know that it's much more common in the rural areas in Sweden to keep a dog than in the large cities. So, we saw that in North Sweden, a rural part of Sweden, there’s three times more dogs per capita than in the cities. And also I would say generally the majority of Swedish dog owners, they take their dogs out for actual walks where they exercise themselves.

CURWOOD: So, what types of dogs are best in terms of being protective of cardiovascular disease in their guardians? 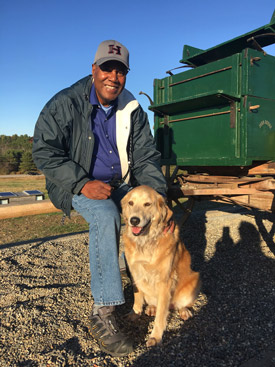 FALL: So, we found that owners to pointing dogs, such as pointer or German short-haired pointer as an example, and retriever dogs, such as the golden retriever or Labrador retriever, they have the lowest risk of cardiovascular disease. It could also be that people that are already physical active, and they like to be outdoors, they get one of those breeds instead of a more, you know, Chihuahua or some more toy breed.

CURWOOD: So, Tove, what would be the take home message from your study? What should people take away from this?

FALL: So, in general in Sweden I would say that dog owners live longer, and I would say also in single households dog owners have lower risk of cardiovascular hospitalization compared to non-single non-owners. So, I would say that I think it's important for doctors and the general society to also to acknowledge that pets can be very important for their owners, and you shouldn't think that, if someone tells you their pet passed away, it could be a very big thing for them, especially if they're single. So, that could be a big bereavement.

And we're actually studying that right now, what happens close to the animal’s death, what happens with the owner’s immediate cardiovascular risk. We know that if your partner passes away, then you have increased risk of cardiovascular hospitalization and death, and we'll now look into that also for pets. So, that will be very interesting to see.

CURWOOD: Yeah, that seems to be a little bit of a secret among pet owners that when their beloved dog dies, they may be far more bereaved that they are when, you know, Cousin Albert dies.

FALL: Yes, I heard many of those stories, actually. I think the relationship with your dog or cat is usually very uncomplicated. With people it's much more complicated and complex, but with a dog it's so simple. They get happy when they see you. They don't blame you for things. They're just like they are, you know? So they're easy to love.

CURWOOD: Tove Fall is an Associate Professor of Epidemiology at Uppsala University in Sweden. Thank you so much, Professor, for taking the time today.


The study in Nature: “Dog ownership and the risk of cardiovascular disease and death – a nationwide cohort study”