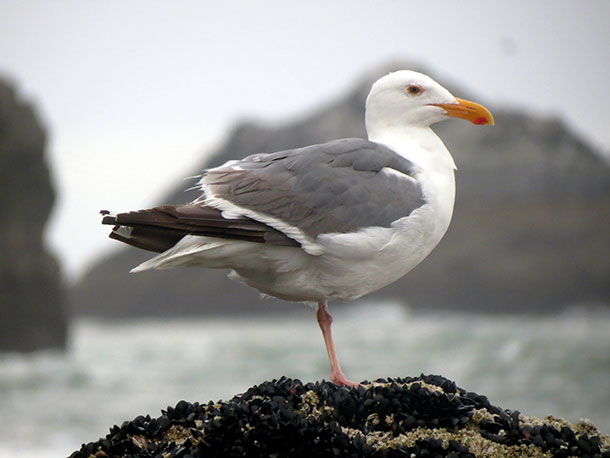 Western Gulls are native to the Pacific Coast of the United States. One hitched a ride on a truck across the Bay Bridge two days in a row. (Photo: Nick Varvel, Flickr, CC BY 2.0)

On this week’s Beyond the Headlines, Peter Dykstra and Host Bobby Bascomb discuss President Donald Trump’s pardoning of the Hammond father-son duo. Then, a very determined Western Gull that hitched a ride across the Bay Area in search of food. Finally in the history lesson, a look back to the creation of the Korean Demilitarized Zone and how it has benefited wildlife.

For a look Beyond the Headlines we turn to Peter Dykstra, he’s an editor with Environmental Health News, that’s ehn.org and dailyclimate.org. Peter, welcome back to Living on Earth! How’s it going?

DYKSTRA: It’s going okay, Bobby. I want to start talking about a pardon spree that our president, Donald Trump, has been on in recent months. Some of the notable ones: Sheriff Joe Arpaio, the flamboyant, highly controversial Arizona county sheriff. There’s Scooter Libby who was an aide to Dick Cheney back when Cheney was vice president. Here are two more that are a lot more on our beat for Living on Earth: Dwight Hammond Jr. and his son were pardoned for an arson conviction, and they became a rallying cry for the armed occupation of the Malheur National Wildlife Refuge which is next to their ranch in Oregon.

BASCOMB: Well, remind us Peter, what was their beef with the wildlife refuge?

DYKSTRA: They didn’t much like being next to the wildlife refuge, they had tussled with the federal government over grazing for a long time, but they also didn’t endorse or support the armed occupation. The occupation was led by the Bundy family, who had staged a very famous occupation by their own property down in Nevada, came up with a large group of supporters, occupied the wildlife refuge in Oregon. They ended up serving some prison time – the Bundy’s sons did – as did several of the other people who occupied in Oregon. The Hammonds had nothing to do with the occupation, they still ended up in jail, and they got a pardon from Donald Trump.

Oregon rancher pardoned by Trump: 'I tried to do the right thing' https://t.co/dUHp3TdFxN pic.twitter.com/m02TVAYoNe

BASCOMB: Hmm. Alright, well, what else do you have for us this week, Peter?

DYKSTRA: The Western Gull. As its name implies, it’s native to the Pacific coast of the US. Some of the gulls in the Farallon Islands wear tracking devices. And one gull in particular flew from the Farallons about 25 miles to the coast of San Francisco, across the city of San Francisco, and then it apparently hitched a ride on a truck across the Bay Bridge, apparently beat the tolls, ended up in Vernalis, California, which is well inland at a composting facility. Flew back to the Farallons, and here you go, the very next day the same gull with the same tracking device, took the same path, apparently hitched another truck ride across the Bay Bridge, and ended up in Vernalis two days in a row.

BASCOMB: Wow, well, that’s pretty impressive for a bird-brained animal. Was it trying to get a free lunch at the compost facilities?

DYKSTRA: Well, I guess there is such a thing as a free lunch and that’s presumably the reason that it went. Here on the east coast we know that there are gulls that will crack open clam shells by dropping them on parking lots. So, gulls may not be as dumb as we think they are.

BASCOMB: Wow, well, what do you have for us from the history books this week?

DYKSTRA: The Korean Demilitarized Zone was created on July 27, 1953 – 65 years ago – when the truce was declared between North Korea and South Korea. The Korean war, as we learned recently with the talks between Kim, the dictator of North Korea, and President Trump, the North Korean war never really ended. But the DMZ that was created is 155 miles long, about 10 miles wide. It’s absolutely desolate of any human intrusion, for security reasons, but it’s become a wildlife haven with birds, including some rare cranes, some four-legged wildlife, and a whole range of things that are no longer seen in areas where humans leave their footprint.

BASCOMB: Wow, well, these must be some of the most well-protected animals in the world, I think. 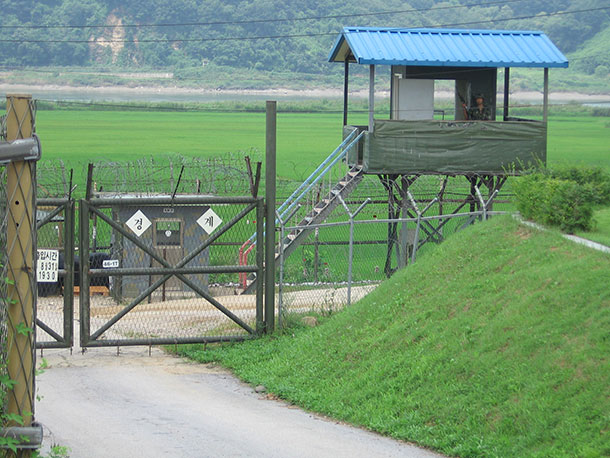 A South Korean sentry near the Korean Demilitarized Zone, which was created on July 27, 1953. Because the DMZ is isolated from human development, wildlife thrives there. (Photo: Johannes Barre, own work, Wikimedia commons, CC BY-SA 3.0)

DYKSTRA: They are, and there are similar areas in the US, like the Savannah River site in South Carolina. It’s a sprawling nuclear weapons complex, created in the early 50s for the Cold War, about the same time as the Korean DMZ. And some areas of Savannah River are among the most toxic and polluted areas in the US. Other areas far away from the weapons facilities are pristine, and they host record-size wildlife.

BASCOMB: Great, well, thanks for sharing that news with us, Peter! Peter Dykstra is an editor with Environmental Health News, that’s ehn.org and dailyclimate.org. Thanks again Peter, and we’ll talk to you soon.

DYKSTRA: Alright Bobby, thanks a lot. Talk to you soon.

BASCOMB: And there’s more on these stories on our website, loe.org.


The Oregonian | “Oregon rancher pardoned by Trump: ‘I tried to do the right thing’”