LED lights come in different color temperatures, and they can have adverse effects on wildlife, from sea turtles to flies. Research led by Travis Longcore of the University of Southern California helped create the first publicly available database to guide more wildlife-friendly lighting. Travis Longcore speaks with Living on Earth's Steve Curwood about why LED lights could be harmful to human health, too, and ways to more safely illuminate our world.

BASCOMB: It’s Living on Earth, I’m Bobby Bascomb.
By 2020, LED lights are projected to account for 69 percent of the global market – a dramatic increase from 9 percent just 7 years ago. It’s easy to see the benefits: LEDs conserve energy and tend to last longer than the once-standard incandescent bulb.

But when they’re used outdoors, lights – including LEDs – can lead to disastrous consequences for some animals. Travis Longcore is Assistant Professor of Biological Sciences at the University of Southern California. He spoke with Living on Earth’s Steve Curwood.

CURWOOD: So, what made you interested in studying LEDs in the first place?

LONGCORE: Well, the reason LEDs are a major focus of this paper is that they're being used to replace existing outdoor lighting at a rapid pace, and that is changing the nature of the outdoor environment in a way that is not going to be stopped. So LEDs are coming, but we can perhaps guide some of the ways in which they're used, and the choices that are made relative to wildlife – because the color of light matters to wildlife. It also matters to people and the dark sky and circadian rhythms of life on Earth.

CURWOOD: So, Travis, which colors seem to be most harmful for animals, and how did it affect their lives? 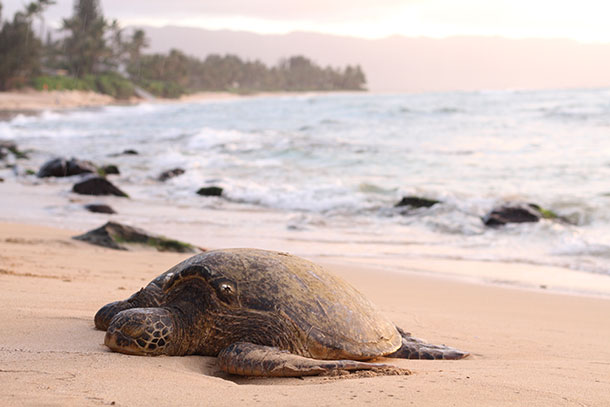 Sea turtles are especially vulnerable to increased light since female turtles only lay their eggs on beaches that are dark, and bright streetlights can falsely direct the hatchlings from the ocean. (Photo: Jeremy Bishop, Unsplash, creative commons)

LONGCORE: The summary of the organisms that we looked at for this study is that lights that have more blue and short wavelengths, blue-violet, are more disruptive to animals. Sometimes they kill them, in the sense of an insect being attracted to a light or a sea turtle, and sometimes it's a behavioral impact that then results in another organism interacting with them in the form of increasing predation. Or in the case of shearwaters, fledglings coming out of the nest attracted to lights on the coast and then don't get out to the ocean where they need to be and end up stranded on the ground, unable to make their way out into the environment where they should be. But it's not that every organism is sensitive to those wavelengths. That's the average over the things that we looked at. There are things that are sensitive to the reds. Flies, for example, seem to have a peak of sensitivity in the reds.

CURWOOD: Talk to me about the animals that you chose to study and why you chose them.

LONGCORE: Yeah, so we use the organisms for which we have some data from other researchers that have been done in the past and concurrently that show the response of the organisms to different wavelengths of light across the whole visual spectrum, from the very short wavelengths in the ultraviolet up through to the yellows and the reds.

CURWOOD: What animals are particularly affected by light in, I guess, positive and negative ways depending on the frequency?

LONGCORE: Well, excluding some things that live in caves where there is never a daily or an annual or a lunar rhythm, every organism is cued into patterns of light and dark. And over the last decade, decade-and-a-half now, we've been as ecologists and conservationists and even people interested just in the night sky have been looking at this question because of the massive transformation that electric lighting represents across the Earth.

CURWOOD: So, how does the light affect a sea turtle, and what's different about a light-emitting diode?

LONGCORE: So, first, female sea turtles only like to lay their eggs on beaches that are dark. So, they'll avoid beaches that are particularly bright. And second, when the hatchlings come out of the nest, they incubate under the sand and they hatch at night. They need to get to the ocean as fast as possible. It's not like they go toward the light – that's a misconception – they go away from the darkest horizon. And when you have artificial lights, if you do have bright street lights or porch lights, they will go toward that and then they get run over by cars and eaten by predators and things like that.

CURWOOD: What's the effect of light and LEDs on juvenile salmon?

LONGCORE: So, salmon can be attracted to lights as they go up or down a stream, and the juveniles coming out, if they're attracted to lights, they're then subject to predation. And there's actually kind of a neat study showing that seals will line up underneath bridge lights and pick off the salmon as they get attracted to the lights. So, it affects the timing and synchronization of their movements and makes them more likely to be exposed to predators.

CURWOOD: So, what are some solutions here?

LONGCORE: We hope that lighting designers, landscape architects, architects, lighting engineers, and decision makers use this information to help inform part of a strategy to minimize the effects of outdoor lighting on things we don't want to affect while providing the benefits for the things that we do.

CURWOOD: Travis, I have to ask you about people as well. How do these LEDs affect us? 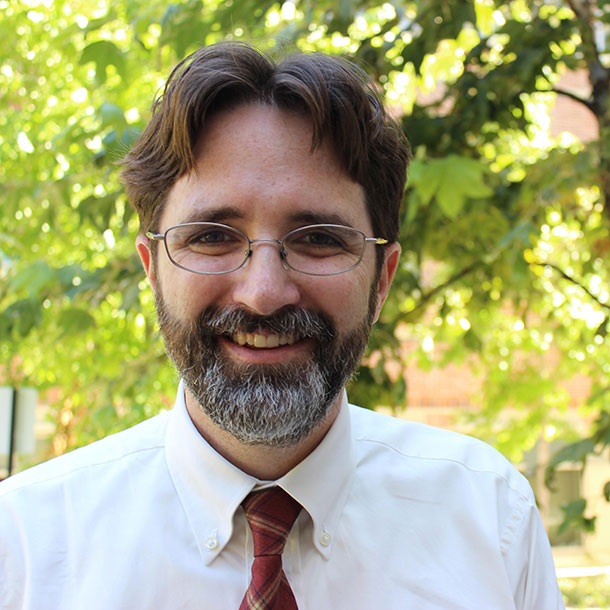 LONGCORE: We do see that there are epidemiological correlations and experiments that show increases in certain diseases associated with light exposure. There's breast cancer and prostate cancer. There's also relationships of exposure to light at night and sleep disruption to a whole series of adverse consequences, including diabetes and depression.

CURWOOD: So, what effect would watching television at night have on humans, do you think?

LONGCORE: Well, watching television is sort of putting light directly into the eye that tends to have a lot of blue in it. So, it will be stimulating. And this is now been shown with kids who are exposed to e-readers and phones versus exposed to traditional lighting like a candle or a flame – that's a study was done in Japan – their sleep gets delayed. So, yes, watching television and putting the light into your eyes directly, and especially now that we've taken the computer and put it right up in front of our faces.

CURWOOD: See, this is why radio is so important.

CURWOOD: What's your advice for outside lights in this world of now ultra-cheap lighting from LEDs?

LONGCORE: OK, so for outdoor lighting, color temperature is just one of several ways that we can reduce impacts. It's also about directionality, having a shielded light that only goes down where you need the light, using the lowest intensity that you can, and then it's about duration, so using a motion detector instead of a dusk to dawn. And then, of course, always asking the question, do I need this light or is there another solution? So, for example, you could do a pathway between a campground and a parking lot, and instead of lighting it you could have it be white gravel, so that white picks up all the ambient light, and it's very clear where the path is. So instead of adding lights on that pathway you could maybe deal with it in another way that gets the function going without actually disrupting the wildlife and the wild land experience.

CURWOOD: So, at the end of the day then, what you're saying is we're conducting a massive experiment on the whole ecosystem with all this artificial light.

LONGCORE: Yeah, it's a massive public health experiment. And so what we're providing is a set of tools to give to decision makers to make an informed decision on all of these – and not just humans and the ethical treatment of humans but on all life – so that we can make choices that best avoid the things that we know are damaging even if we don't have the last bit of proof for every single thing. We wanted to get this out there now because these changes are happening now, and we should act on the best available science and not wait until we've completed the experiment.