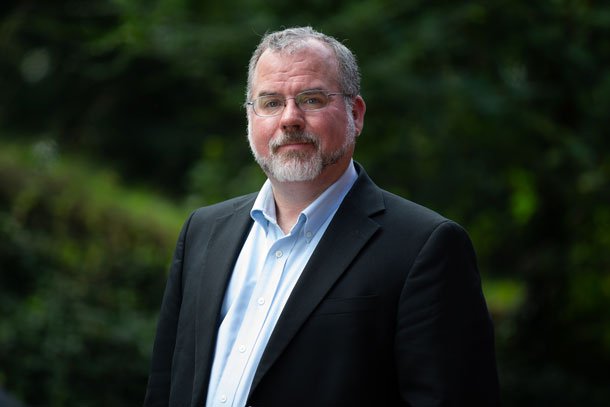 Investigative reporter Ken Ward has spent decades doggedly unveiling corruption within the coal industry. A West Virginia native, Ward has worked with the Charleston Gazette-Mail since 1991 and was selected for the prestigious 2018 MacArthur Fellowship in recognition of his outstanding reporting. Ken Ward and Host Steve Curwood discuss what he’s learned and still learning from bringing injustices in the coal and natural gas industries to light.

CURWOOD: The MacArthur Foundation selects 20 to 30 “people of outstanding talent” each year, as Fellows. These promising individuals receive a no-strings-attached stipend of $625,000 that’s meant to enable them to pursue bold new creative work, or advance their expertise. One of the 2018 MacArthur Fellows is a familiar name in environmental reporting circles. He’s Ken Ward, an investigative journalist based in West Virginia. Ken is best known for covering corruption within the coal industry and its effects on workers. He’s been with the Charleston Gazette-Mail since 1991. Congratulations, Ken!

WARD: Thank you very much.

CURWOOD: Ken, now you've been reporting on the coal industry since 1991. So, the math will tell us that's 27 years. What sparked this passion for covering these types of stories?

WARD: Well, I got started covering the coal industry when I interned here, what was then known as the Gazette, in the summer of 1989. And that summer, the United Mine Workers Union was on strike against a company called Pittston Coal. So, I spent most of that summer riding around southern West Virginia with a photographer and talking to coal miners on picket lines. And it was just fascinating and really got my interest in that industry going, and here I am today.

CURWOOD: Talk to me about some of the biggest stories you've covered within the coal industry.

WARD: The thing that I spent a lot of time on since April of 2010 was the Upper Big Branch mine disaster and explosion in Raleigh County, West Virginia, that killed 29 miners. And we spent a lot of time investigating that and writing stories about it. And then covering the trial of Don Blankenship, the CEO of the company, who spent a year in jail after he was convicted of conspiring to violate federal mine safety standards.

CURWOOD: The Trump administration has moved to reduce regulations on coal. How has that actually affected the state economically and public health wise?

WARD: You know, one of the things that the Trump administration did early on, there's been a series of a couple of dozen papers by Michael Hendricks, a scientist who was at WVU and some colleagues of his and others that talk about mountaintop removal and how people who live near mountaintop removal mining are suffering greater risks of birth defects and cancer and premature death than people who don't live right near these mountaintop removal mines. And the Obama administration had commissioned a National Academy of Sciences review of all that science that would help inform the Interior Department in perhaps passing additional regulations to help with those health problems. And one of the first things that Trump administration did was put a stop to that study, they withdrew the money, so that the Interior Department said to the National Academy, we don't, we're not going to pay for this. We don't want you doing this study. So, that isn't even really stopping regulations. That's just stopping the advancement of knowledge about how this activity affects people. So, that's one of the more significant things that I think has been done by this administration to kind of quelch the public really finding out what's going on.

CURWOOD: Talk to me about climate change and how you've depicted that in your stories, and how the West Virginia community has responded to that.

WARD: Well, climate change is an awful tough issue in a place like West Virginia. You know, people here don't really want to think that, wow, we're gonna have to just really redo our whole economy. And in one of the things I've tried to do with my coverage of these issues, is not be drawn into kind of false debates about the science of climate change, and instead, kind of make sure that we ground our readers in the fact that regulations on climate change aren't what has damaged the coal industry in these recent years. That's not what's happened. And really, I think that, you know, everybody, everybody in life needs a best friend. Because sometimes when you kind of go around the bend on something, you need somebody who's going to kind of pull you back and say, hey, why don't wait a second, what are you doing, kind of grab you by the shirt, and shake you and bring you back to reality. And I think that for a small newspaper like ours, sometimes our job is to try to be our community's best friend, and to tell them something they really don't want to hear, which is that climate change is real, and we’ve got to do something about it. 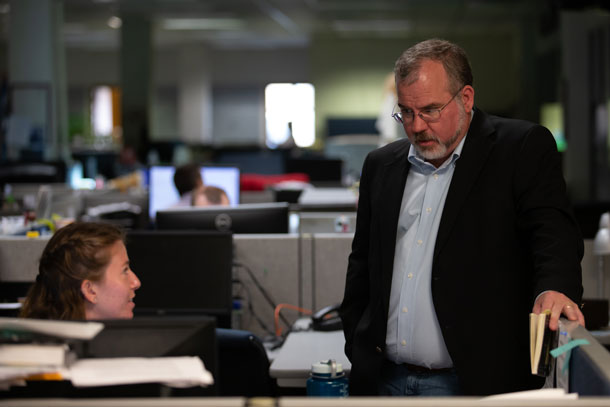 Ken Ward has been a journalist committed to unveiling corruption within the coal industry with the Charleston Gazette-Mail since 1991. (Photo: John D. & Catherine T. MacArthur Foundation)

CURWOOD: Moving forward, Ken, now that you've been awarded the MacArthur Fellowship, what projects do you intend to pursue? What do you hope to accomplish? And by the way, how did it feel to find out you've been chosen for such a prestigious award?

WARD: I was pretty freaked out. I was just shocked. I had no idea that I was even being looked at for something like this. And later that night, three in the morning, I woke up and it was one of these things where I thought, well, wait, that that couldn't really have happened. And I had to kind of roll over and get my phone off the nightstand and look and see well, yep, I did get an email from them. I guess I wasn't imagining all that. In the near term, what I want to do is, I've got until the end of this year on my project on the natural gas industry with ProPublica and we've got, I fear, more stories than we have time. So, I really want to get cracking on those and get them done. And what I hope to do is to stay here working at the newspaper and doing these kinds of stories.

CURWOOD: Ken, you've been given this amazing prestigious award, the MacArthur Fellowship, but what are you most proud of?

WARD: Well, two things. You know, one, we spent a long time here, many, many years covering Massey Energy and Don Blankenship and the kind of safety practices that miners were forced to live with under those companies and under Blankenship’s leadership. And after his criminal case and his trial and he was appealing his conviction, I went to Richmond to hear the oral argument from the Fourth Circuit Court of Appeals and walked into the courtroom. And there were a couple of ladies, they were family members of miners who died at UBB. And one of them kind of glanced over her shoulder and saw that I'd come into the room and said, "Oh, well, there's Ken. We knew Ken would be here. The Gazette’s always been here for us." And to me, that's just a really powerful sort of statement about what journalism is all about that these ladies, these widows of miners who got blown up in a coal mine were counting on us, and two, you know, if you look at all of the folks who've been honored with these MacArthur Fellows, I mean, they're just really giants. And for me, you know, one of the coolest things was my son Thomas is 13, and is a big "Hamilton" fan. He's got the whole thing memorized. And he often isn’t very interested in what I'm doing at work. But when he saw that I'd gotten this award that Lin-Manuel Miranda had gotten, he thought it was a big deal. And that made me pretty proud.

CURWOOD: West Virginia investigative reporter Ken Ward was recently awarded a fellowship from the MacArthur Foundation. Ken, again congratulations, and thanks for taking the time with us today.