Democratic Wins And The Environment 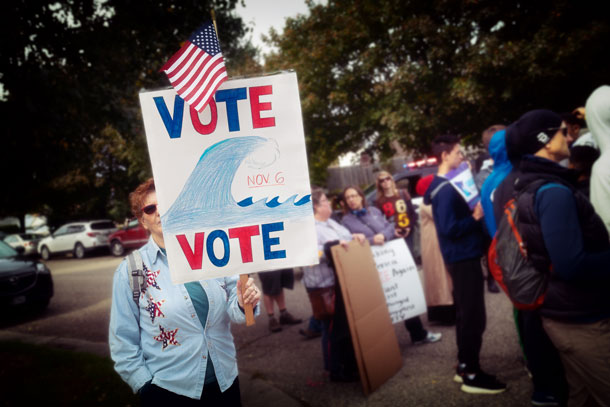 The blue wave 2018 US midterm elections ushered in a Democratic majority in the House of Representatives, as well as several Dem majority state legislatures and governors who pledge to act on climate. It also ushered out some climate-denying Republicans. Host Steve Curwood and Peter Dykstra discuss the winners and losers, and how the environment fared in key ballot initiatives and gubernatorial and state legislature races.

CURWOOD: From PRI and the Jennifer and Ted Stanley Studios at the University of Massachusetts Boston, this is Living on Earth, I'm Steve Curwood.

The 2018 elections are mostly in the history books, and to sort out what happened and what might happen going forward, we're going to talk now to Peter Dykstra. Peter’s an editor with Environmental Health News, EHN.org, and DailyClimate.org. On the line from Atlanta, Georgia, hi there, Peter.

CURWOOD: The Democrats now have one branch of the Congress. It's kind of like, before, President Trump was like a car with no brakes. Now at least there’s going to be some constraints on it.

DYKSTRA: Right, with the Supreme Court riding in the back seat. But with the House of Representatives back in Democratic control, there's going to be at least some moderation of what the Trump administration had in mind, for the environment. You know, one common thread in nearly all of the races and everything that we saw on Election Day is that environment and climate change were not considered to be important themes. But one exception is the American Petroleum Institute. They were all over the place with ads extolling the virtues of oil and gas, particularly one ad featuring the old Frank Sinatra song, “Come Fly With Me”, please don't make me sing it. 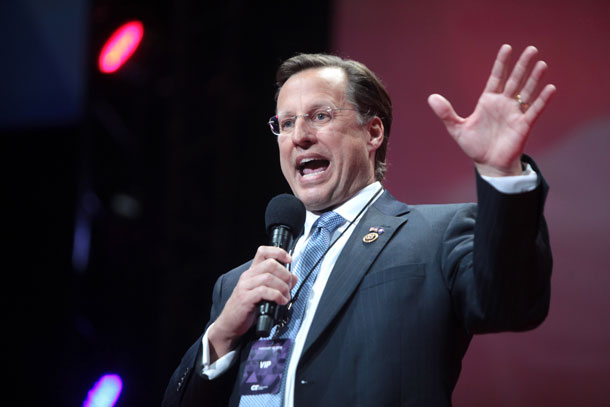 Dave Brat, an incumbent Republican Representative from Virginia with a zero rating in 2017 from the League of Conservation Voters, was defeated in the 2018 election by newcomer Democrat Abigail Spanberger. (Photo: Gage Skidmore, Conservative Review, Flickr, CC BY-SA 2.0)

CURWOOD: No, we won’t. Of course, where the environment was most clearly on the ballot was in the states. Let's talk about some of the initiatives that happened. Washington State, some folks there wanted a tax on carbon and it didn't go so well.

DYKSTRA: That's right. It was defeated by an absolute avalanche of fossil fuel industry money. There were a few others that had differing outcomes as well. Two identical initiatives, almost identical, in the states of Arizona and Nevada. And in Arizona, there was also an avalanche of money, but on both sides, mostly from Tom Steyer, the billionaire activist environmentalist, who was responsible for most of the $23 million spent on a state initiative in Arizona to pass a clean energy measure that would require the state utilities to be 50% clean energy by the year 2030. But with all that money it lost, and one of the reasons that it lost is that the utilities spent even more, about 30 million. However, in the state of Nevada, a very similar measure, 50% clean energy by 2030, passed and money was not quite so big a factor.

CURWOOD: And there were a couple of drilling measures, huh?

CURWOOD: All right, now let's take a look at some of the people who are coming into Congress and some who are leaving - Marsha Blackburn.

DYKSTRA: Marsha is a Congresswoman from the state of Tennessee, a Tea Party darling. She won election as a US Senator replacing Bob Corker, a Republican who's retiring. She’s best known in environmental circles from back in 2012 when she led an effort against energy-efficient light bulbs on behalf of an incandescent light bulb manufacturer in her district. Her environmental performance as a member of the House of Representatives was pretty low. If she recycled a couple sheets of paper in her office in the senate, it would be an improvement. 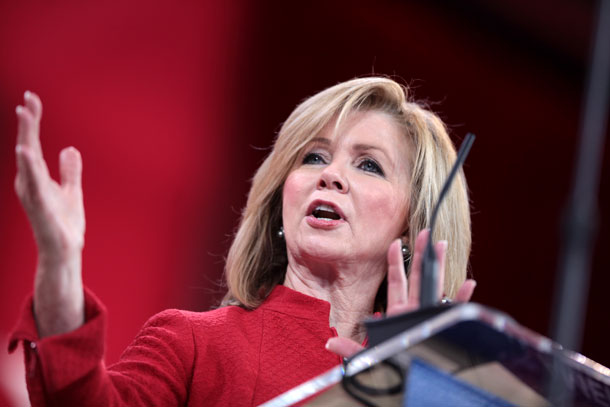 DYKSTRA: Well, Dave Brat became a phenomenon four years ago, he was a conservative college professor who challenged Eric Cantor in the primary for a congressional district in suburban Richmond, Virginia. Cantor was a rising star among Republicans, he was House Majority Leader, tabbed as a potential future Speaker of the House, and all of a sudden Dave Brat comes along out of nowhere, beats him in the primary, wins the general election, serves four years, compiled a lifetime League of Conservation Voters score of 1%. He was defeated this past week by a Democrat, also an unheard of in politics, named Abigail Spanberger.

CURWOOD: One of more than 100 women now who have entered the House thanks to the Democratic surge. Talk to me about some more of the Republicans that will be gone now. What about Dana Rohrabacher? He’s been in Congress for a long time.

DYKSTRA: He’s been there forever - 30 years in Congress representing Orange County. He’s, get this, an avid surfer, and an avid opponent of the Clean Water Act and other measures to protect the ocean. One would think a surfer would kinda like those things. He was also an avid opponent to climate science. He was second-in-command on the House Science Committee. He lost his race to a modern Democratic businessman named Harley Rouda. 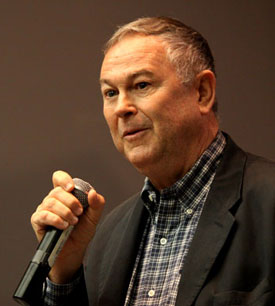 CURWOOD: Now there was another Republican who lost, who many thought was pretty friendly to the environment. That's Carlos Curbelo, Republican from South Florida who started and co-chaired the Climate Solutions Caucus.

DYKSTRA: Yeah, friendly to the environment when compared to other Republicans in the growing void between Democrats and Republicans on environment. Curbelo represented the farthest-south district in the state of Florida, including the Florida Keys, a little bit of the Gulf Coast and the southern suburbs of Miami, meaning his entire district, according to sea level rise projections, is going to be underwater sometime in the next century. We talked a lot about redistricting and gerrymandering and moving districts around for political reason. They've got nothing on Mother Nature. Once Mother Nature gets set on redistricting South Florida, there may not be any South Florida anymore. Hence, Curbelo is a Republican talking about climate change. The Climate Solutions Caucus and Congress had a whole lot of skepticism from the environmental community that they were out to accomplish anything. Well, Curbelo lost his job on Tuesday to an up and coming Democrat named Debbie Mucarsel-Powell, and there'll be a new look in South Florida as a result.

CURWOOD: And of course, another woman in Congress. Now, in the past, the Republicans had a number of folks who really focused on science, I'm thinking of, he's gone, but I guess a Democrat, a scientist was elected that people are kind of bullish about who care about environmental change. His name is Sean Casten. Tell me about him.

DYKSTRA: Yeah, Sean Casten is somebody that not only has environmentalists excited, but scientists as well. There's been a push for the past year or so to get scientists more involved in politics, and to have some actually run for office. Sean Casten ran for congress and won. He has postgraduate degrees in molecular biology and in engineering. He's also a successful entrepreneur in clean energy. He took on a six-term congressman named Peter Roskam in the Chicago suburbs. Roskam had already been under environmental criticism for ignoring pollution from a local factory. Casten came in with a new voice in suburbs ready for a change, and expect him to be a big, loud, well-educated role model of a successful clean energy entrepreneur in the House of Representatives. 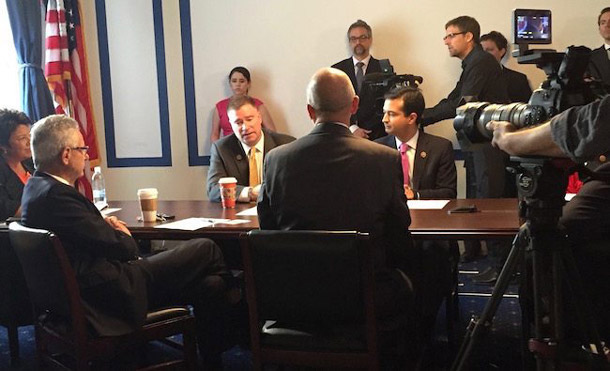 CURWOOD: And you have a few more goodbyes for us, of folks we won't see as the new Congress moves forward.

DYKSTRA: Well, let's cue the “aloha” music for Lamar Smith, the veteran Texas Congressman, recently the chair of the House Science Committee, who used that committee, as sort of a chamber of inquisition for climate scientists. And his pal from Texas, “Smokey Joe” Barton, who got that nickname from environmentalists because he was close friend of all manner of polluter. His claim to fame back in 2010 was demanding that President Obama apologize to BP for being so mean to them over the Gulf Oil Spill.

CURWOOD: And who else do you have in mind?

DYKSTRA: We got a governor, Paul LePage in the state of Maine. His most famous moment was when he dismissed risks of BPA, the potential endocrine disruptor, by saying the worst case would be that some women would get little beards.

CURWOOD: And Governor page is being replaced by a woman - Janet Mills.

DYKSTRA: Right. And one more is Darrell Issa, the Southern California congressman who's retiring. He pushed to investigate climate scientists and on his retirement, he was replaced by another clean energy zealot on the Democratic side.

CURWOOD: So, there was a lot of negative advertising in this campaign, but not so many on the environment, huh?

DYKSTRA: Carlos Curbello’s the only one I know of who ran negative ads on the environment. The woman that beat him, Debbie Mucarsel-Powell was said to have taken coal money tied to Tom Steyer, believe it or not. Other than that, here in Georgia, for example, we were absolutely buried with attack ads about the governor's race. We’ll know that environmental issues have hit the political big time when politicians routinely use these ads to pollute the environmental discussion. 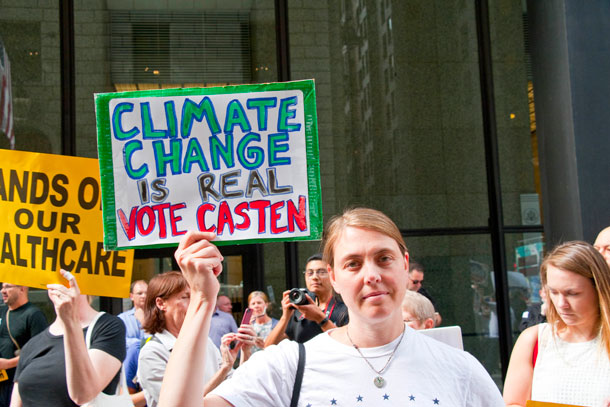 One of the reasons behind Congressman-elect Sean Casten’s (D-IL) robust support was his background as scientist and clean energy entrepreneur. (Photo: Charles Edward Miller, CC BY-SA 2.0)

CURWOOD: You know, Peter, once upon a time, the environment was a bipartisan issue. And Republicans did things like start the EPA. When do you think we'll get back to that?

DYKSTRA: You can go back further than that, to Teddy Roosevelt and all of his conservation values. It's hard to say when we'll get back to that, or if we'll get back to that. All we know is that we're not there now. And it's going to be a long road ahead. And if the two parties want to define themselves on differing environmental values, we’ll be headed in the wrong direction again,

CURWOOD: Indeed. Seems to me that it is just one planet, not a Democratic or Republican one. Peter Dykstra’s with Environmental Health News, that’s EHN.org, and DailyClimate.org. Thanks, Peter, we’ll talk you again real soon.

DYKSTRA: All right, Steve, thanks a lot. We'll talk to you soon.

CURWOOD: And there's more on the election at our website, LOE.org.