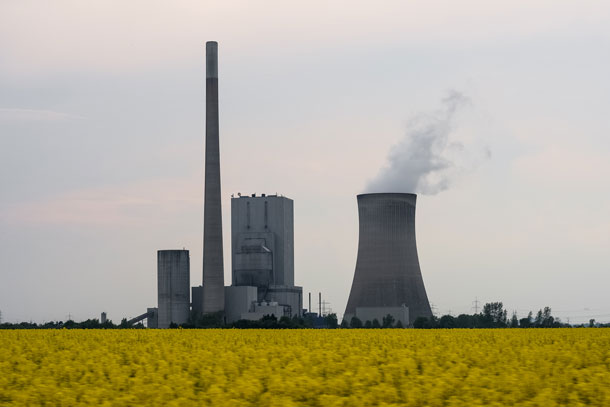 Peter Dykstra joins Living on Earth's Bobby Bascomb this week to look beyond the headlines at the German government's plan to end coal-fired electricity generation in 20 years or fewer. Then, they examine the consequences of freshwater lakes and streams becoming saltier and saltier. Finally, the two look back to 1965, when President Lyndon Johnson became the first US President to discuss the science of climate change.

BASCOMB: And I’m Bobby Bascomb. It’s time for a trip now beyond the headlines with Peter Dykstra. He’s editor of Environmental Health News, that’s EHN dot org and Daily climate dot org. Hey there, Peter! What do you have for us this week?

DYKSTRA: Hi, Bobby, let's start out with an item from Germany. There is a commission there, the government pulled together representatives from the environmental community, the science community, the energy industry, and the business community. And they have set a goal that Germany will be completely out of the coal business for electric generation, within 20 years by the year 2038. Right now, they get one-third of their electricity from coal.

BASCOMB: Wow. So how do they plan to do that, then?

DYKSTRA: As they remove coal, they will substitute it in some cases for natural gas, but also increasingly for renewables. It's worth noting, however, that some environmentalist say that they could do it a lot quicker than that. And in fact, France and the UK have both set goals to be out of coal long before 2038.

BASCOMB: What else do you have for us this week, Peter?

DYKSTRA: There's an item that was published in a peer-reviewed journal in the UK about increasing saltiness in some inland freshwater lakes and streams. They're becoming saltier due to general pollution, agricultural chemicals, fertilizers, and of course, road salts that are widely used in cold weather places in the wintertime.

BASCOMB: So how is that saltiness affecting the ecosystems?

DYKSTRA: Well, it's obviously bad for drinking water, salt, and water can also cause hypertension, and other human maladies. And one other thing that hasn't really been fully explored. But it's a concern raised in this paper is that the increased saltiness and water can liberate other toxic chemicals in waterways and create new problems that we can only imagine.

BASCOMB: Wow. So, it's hard to say at this point, how the salt might affect things long term.

DYKSTRA: No, but it's one more little thing to worry about. A little footnote on the study. One of the scientists signed on to the paper is a legendary guy named Gene Likens, and half a century ago, he was a pioneer in the study of acid rain in New England and throughout North America.

BASCOMB: And what do you have for us this week from the history books?

DYKSTRA: Let's go back to February 8, 1965, Lyndon Baines Johnson in a written message to Congress. It was kind of an addition to the State of the Union address, wrote to Congress and said that there would be problems in the future from both radiation and increased co2. That was from some reporting done for him from Roger Revelle, another legendary scientist, and here's what Johnson said specifically, quote, this generation has altered the composition of the atmosphere on a global scale through radioactive materials and a steady increase in carbon dioxide from burning fossil fuels. Thus, becoming in 1965, the first president to refer to climate change. 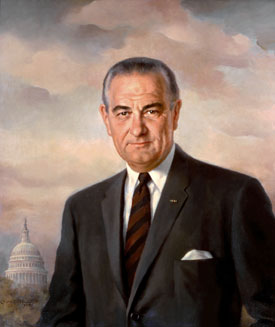 The first American President to discuss the science of climate change was Lyndon B. Johnson in a message to Congress, back in 1965. (Photo: Official White House Portrait, Wikimedia Commons, Public Domain)

BASCOMB: And correct me if I'm wrong, but Roger Revelle, he was a mentor of Al Gore's that, right?

DYKSTRA: He was the guy who taught Al Gore about climate change. And so, we have two legendary environmental scientists. In the segment this week, Gene Likens one of the fathers of acid rain research, and Roger Revelle, one of the pioneers in climate change research.

BASCOMB: Great. Well, thanks, Peter for bringing us that news, Peter Dykstra is an editor with environmental health news. That's ehn.org and daily climate.org. Peter will talk to you again soon.

DYKSTRA: All right, Bobby, thanks a lot. We'll talk to you soon.

BASCOMB: For more of these stories, visit our website loe.org.

Tuluwat Examiner | “LBJ Called It 50 Years Ago, and Some Still Don’t Want to Hear It”