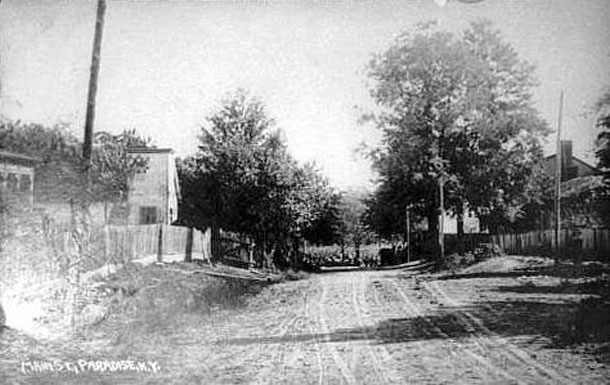 Main Street, Paradise, Kentucky. Paradise is a ghost town, the only structure left standing is a coal plant built in 1959 by the Tennessee Valley Authority. (Photo: Wikimedia Commons, Public Domain)

For this week's trip beyond the headlines, Peter Dykstra joins Host Bobby Bascomb to discuss how a coal plant that transformed Paradise, Kentucky into a ghost town is now being shut down. Then, they look at a study from NASA's Jet Propulsion Lab, which confirms that recent spikes in atmospheric methane are linked to oil and gas fracking. And in the history calendar, a look back to the hundred-year anniversaries of two of the most-visited National Parks, Grand Canyon and Acadia.

BASCOMB: It's time for a trip now beyond the headlines with Peter Dykstra. Peter’s an editor with Environmental Health News, that's EHN.org and DailyClimate.org. Hey, there, Peter. What do you have for us this week?

DYKSTRA: Hi, Bobby. You know, there's a song been running through my head the past few days. It’s an old classic by John Prine about a ghost town called Paradise in Western Kentucky. The town was bought out by the Tennessee Valley Authority due to pollution from a huge coal plant and the fact that there were open coal mines all throughout the area.

BASCOMB: And what's got you thinking about that song this week?

DYKSTRA: Well, there's a piece in Inside Climate News reporting that the TVA has proposed that the antiquated Paradise coal plant, along with another coal plant in Bull Run, Tennessee, be shut down over the next few years. All of this in spite the fact that President Trump has been lobbying to preserve these coal plants, and Senate Majority Leader Mitch McConnell of Kentucky has also been lobbying to keep the plants open.

BASCOMB: I’ve read that one of the coal mines that supplies coal to the plant in Paradise is actually owned by Robert Murray. He’s CEO of Murray Energy and also happens to be a big donor to President Trump's campaign.

DYKSTRA: And one of the biggest, most outspoken boosters of the coal industry and deniers of the effects of climate change.

BASCOMB: Mmhmm. All right. And what else do you have for us this week?

DYKSTRA: Well, Houston, we have a fracking problem. There's a new NASA study from the Jet Propulsion Labs that may solve a climate mystery, confirming that recent spikes in the greenhouse gas methane are linked to oil and gas fracking.

BASCOMB: What's the source of that exactly?

DYKSTRA: Uh, well, the methane discharges are an inherent part of fracking. Bear in mind that methane is 86 times more potent as a greenhouse gas than carbon dioxide. The JPL study said that the rise in atmospheric methane is largely a result of fracking operations picking up around the world.

BASCOMB: So climate advocates might say there's some good news this week. Uh, coal just can't compete, but it's being replaced to some degree by natural gas, which might be just as bad or worse.

DYKSTRA: Or worse. And that's a distinct possibility.

DYKSTRA: Hundredth anniversary of note, actually two of them. February 25, 1919, Grand Canyon National Park was created. The Grand Canyon had actually been a national monument. Back in 1906, Theodore Roosevelt started using the Antiquities Act to preserve wild areas of the west. Grand Canyon got that protection in 1908, became a park in 1919, and so did another park you may not have heard of: the Lafayette National Park.

BASCOMB: I haven't heard of that one.

DYKSTRA: Well, you may have heard of it in its new name. 10 years later, in 1929, the Lafayette National Park was renamed Acadia National Park, the crown jewel of the park system on the East Coast. Acadia, and of course, the Grand Canyon are two of the most heavily visited parks in the whole system. 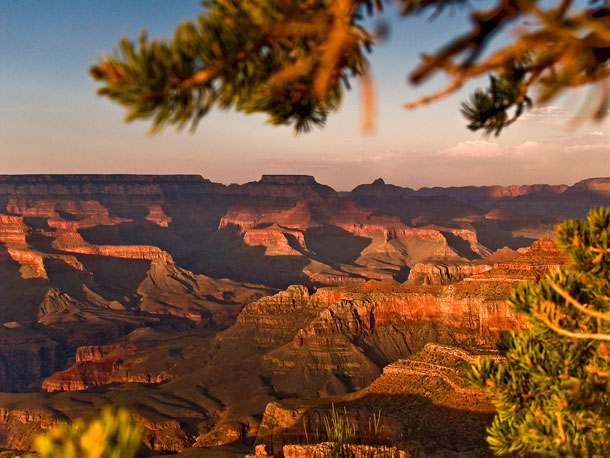 The Grand Canyon was named as a National Park in 1919. Previously, it had been an official national monument since 1908. (Photo: Paul Fundenburg, CC BY 2.0)

BASCOMB: I've been lucky enough to visit both and they're beautiful, but not the oldest, of course. Yellowstone has that distinction. It's the oldest park in the country and the second oldest in the world.

DYKSTRA: It is, and the park system in the US is a gift that keeps on giving. We may be looking at the follow up to the land-based park system. The series of marine reserves that the US and other nations have created around the world could be the national parks of the 21st century.

BASCOMB: Peter Dykstra is an editor with Environmental Health News. That's EHN.org and DailyClimate.org. Thanks, Peter. We'll talk to you again soon.

BASCOMB: There's more on these stories on our website LOE.org and by the way, here's a snippet of that John Prine song about Paradise, Kentucky.


The song “Paradise” by John Prine